Home » Travel » Rubbing the toe of Grgur Ninski for luck: Do you know you can do this in 3 places in Croatia? 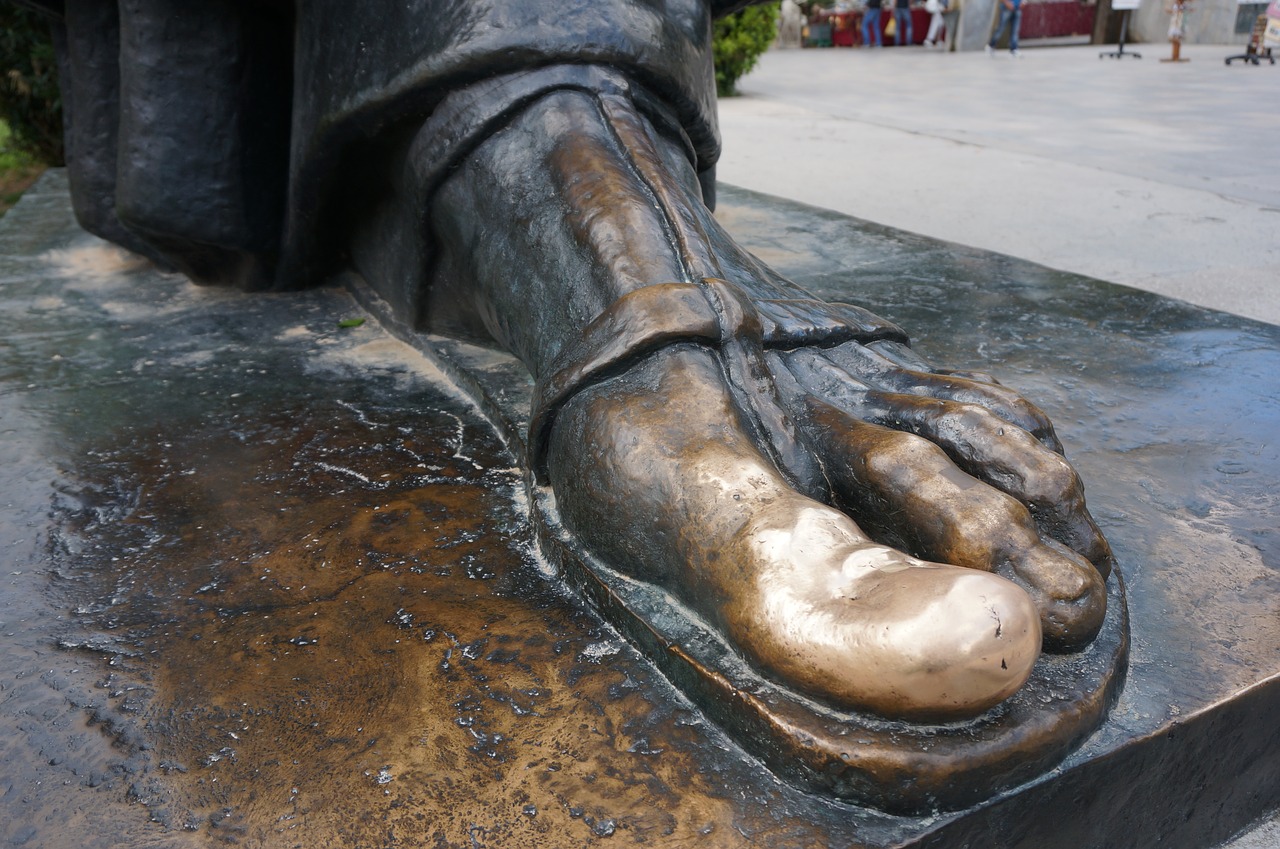 Rubbing the toe of the Grgur Ninski statue for luck

If you have ever visited Split then you have most likely rubbed the big toe of the statue of Grgur Ninski (Gregory of Nin) for good luck.

But not many people know that you can also rub the big toe of the statue of Grgur Ninski for good luck in two other places in Croatia. But first, a bit more about Grgur Ninski.

Grgur was the bishop of the Croatian town of Nin from 900-929. He was the head of Nin Church which at that time meant being the head of the whole Croatian Church and he was under the strong protection at the time of King Tomislav of Croatia.

Famous Croatian sculptor Ivan Meštrović created three bronze statues of Grgur Ninski. Rubbing the statue’s big toe was said to bring good luck and today the toe has been worn smooth and is shiny as a result on all three statues around the country.

Where are the statues? 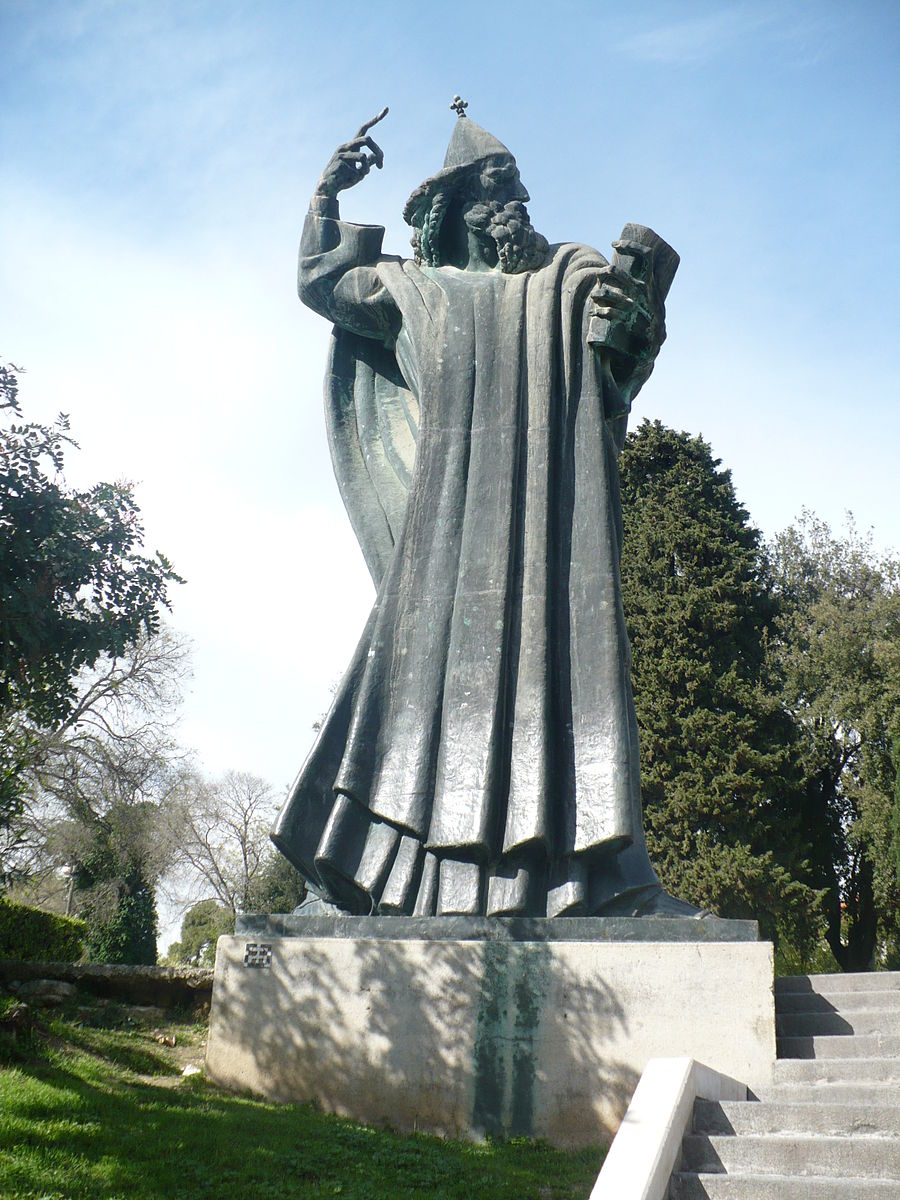 The most well known Grgur Ninski statue is in the city of Split. The statue is 8.5-metre tall, which is one of Mestrović’s tallest standing statues, and was first erected in 1929 in the Peristyle of Diocletian’s Palace.

In was moved during World War II and in 1954 it was erected in its current location just outside the Golden Gates, one of four principal Roman gates into Diocletian’s Palace. A major restoration of the monument took place between 2013 and 2015. 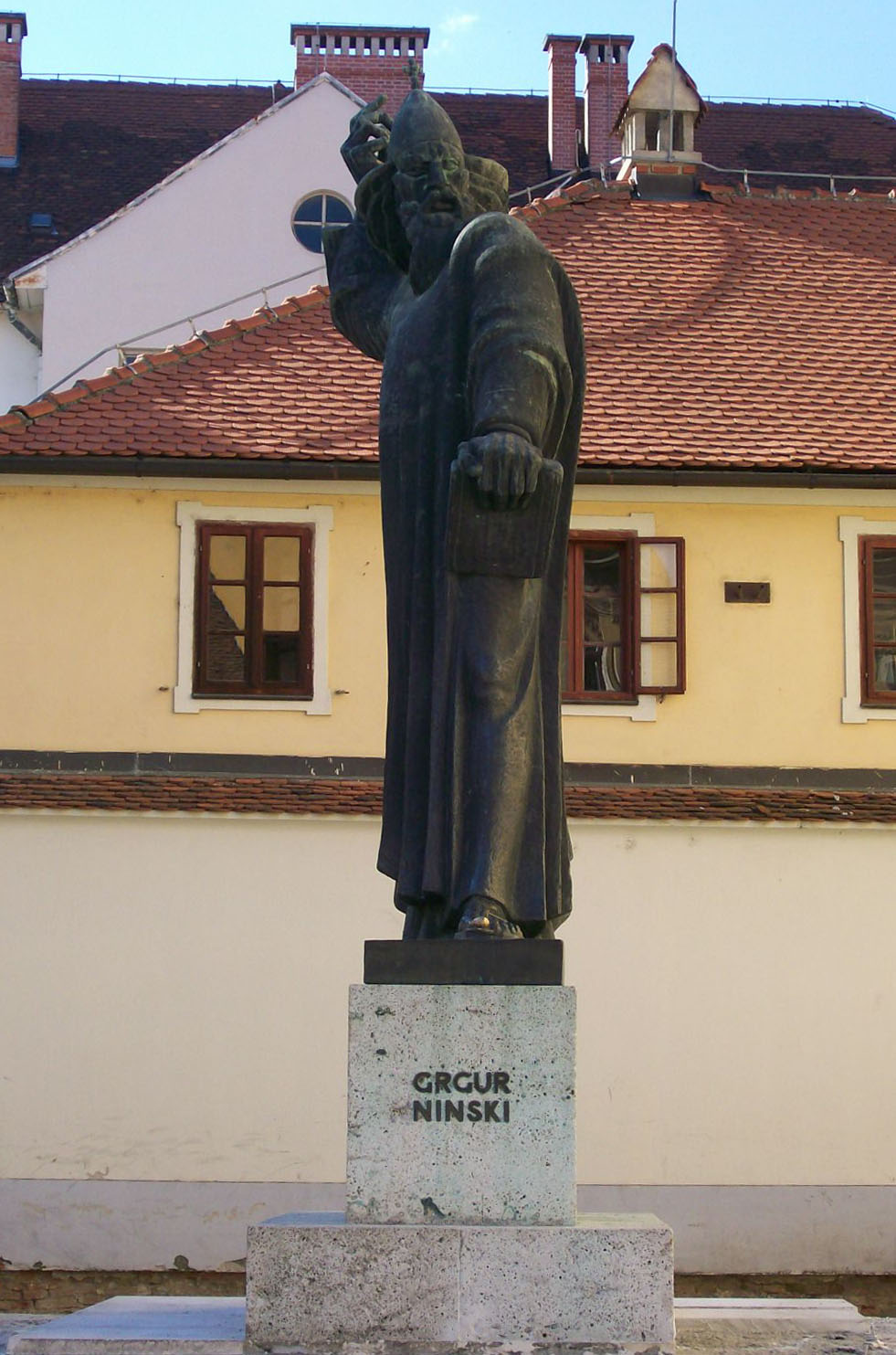 A 3-metre statue of Grgur Ninski also is located in the northern Croatian city of Varaždin on Franjevački Square.

The statue was erected in Varaždin in 1931 because Meštrović wanted his statue not only represented in the south of Croatia but also the north. It was found appropriate that it would be placed next to a sacral object considering Grgur’s importance to religion. 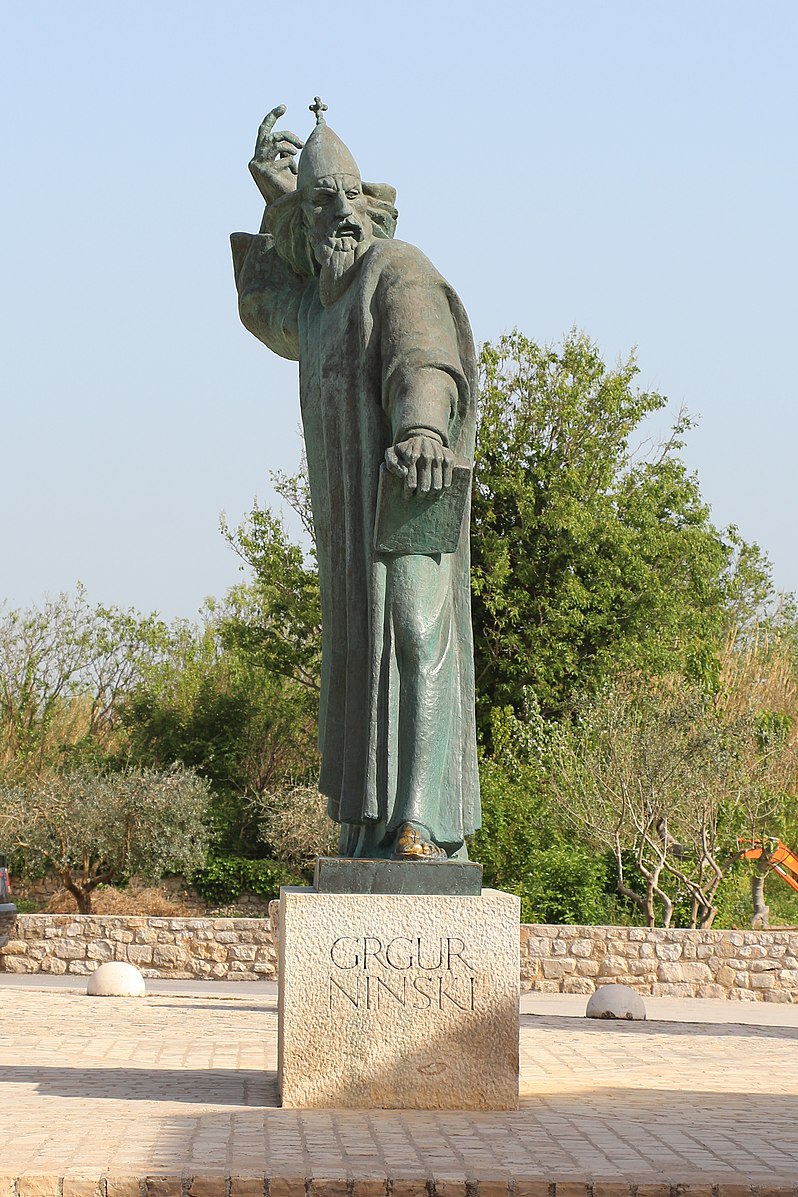 A statue of Grgur Ninski can also be found next to the Church of St Ansel in Nin which is near Zadar on the Dalmatian coast. The statue in Nin is the smallest of the three statues.

The statue was erected in Nin in 1969 on the 900th anniversary of of the issuance of the charter of Croatian King Petar Krešimir IV, which for the first time appears the term Mare Nostrum (our sea) as proof of the king’s rule at sea and on land.