One of the world’s largest private yachts, owned by Russian billionaire Roman Abramovich, sailed into Croatia on Wednesday…

The Chelsea football club owner’s 162.5-metre mega yacht ‘Eclipse’, worth over half a billion dollars, anchored on Wednesday by the uninhabited island of Daksa near Dubrovnik, daily Slobodna Dalmacija reports.

American musician Katy Perry and actor Orlando Bloom were spotted on board Eclipse earlier this summer in the south of France.

The yacht, which was built at German shipyard Blohm und Voss and was launched in 2009, has two helicopter pads, 24 guest cabins, two swimming pools, several hot tubs, and a disco hall. It is also equipped with three launch boats and a mini-submarine that is capable of submerging to 50 metres. Approximately 70 crew members are needed to operate the yacht and serve the guests. 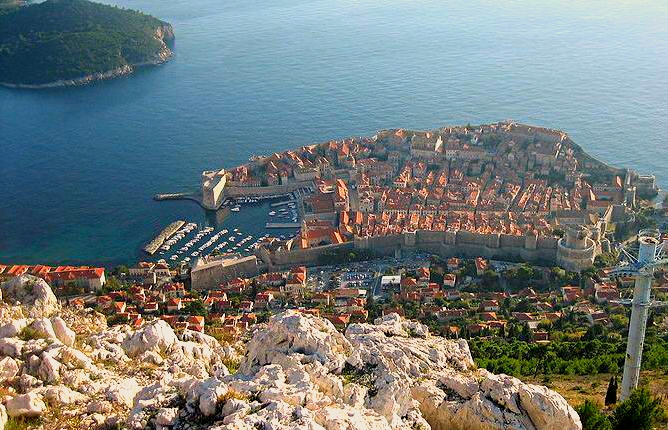 Roman Abramovich is a regular visitor to Dubrovnik (photo credit: Bracodbk under CC)

Abramovich has for the last few years in a row taken holidays in Croatia around the start of September.