“Robert Prosinecki who was not, shall we say, the most committed to physical activity. Robert fitted the word ‘maverick’ perfectly and the only time he wasn’t smoking a Marlboro Red was when he was on the pitch. We would barely see him at training during the week but, my God, when he played for Portsmouth he was unbelievable.” Peter Crouch

A new book about legendary Croatian midfielder Robert Prosinečki has recently been released. The book follows an eventful season when the flawed genius turned out for perennial Division One strugglers Portsmouth.

Robert Prosinecki belongs in a select group of players who have played for Barcelona and Real Madrid.

It’s an exclusive club that includes Figo, Hagi, Saviola, Laudrup (Michael), Eto’o and the original Ronaldo. The one thing Prosinecki holds over the others on the list is he had the honour of showcasing his skills on the hallowed turf at Fratton Park during the 2001-02 season.

Sleeping giants Portsmouth FC had witnessed more false dawns than a French & Saunders lookalike competition, but the club’s fortunes were on the rise. Harry Redknapp had been freshly appointed as Director of Football, former England midfieder Graham Rix was settling in as a manager, and a fresh-faced beanpole striker by the name of Peter Crouch was signed. On top of that, they could also add chain-smoking, European Cup winner Robert Prosinecki to the mix. What could go wrong?

Prosinecki In Blue chronicles the unforgettable season that a superstar Croatian midfielder landed at Fratton Park and the ensuing mix of on-pitch artistry and off-the-field chaos that followed. 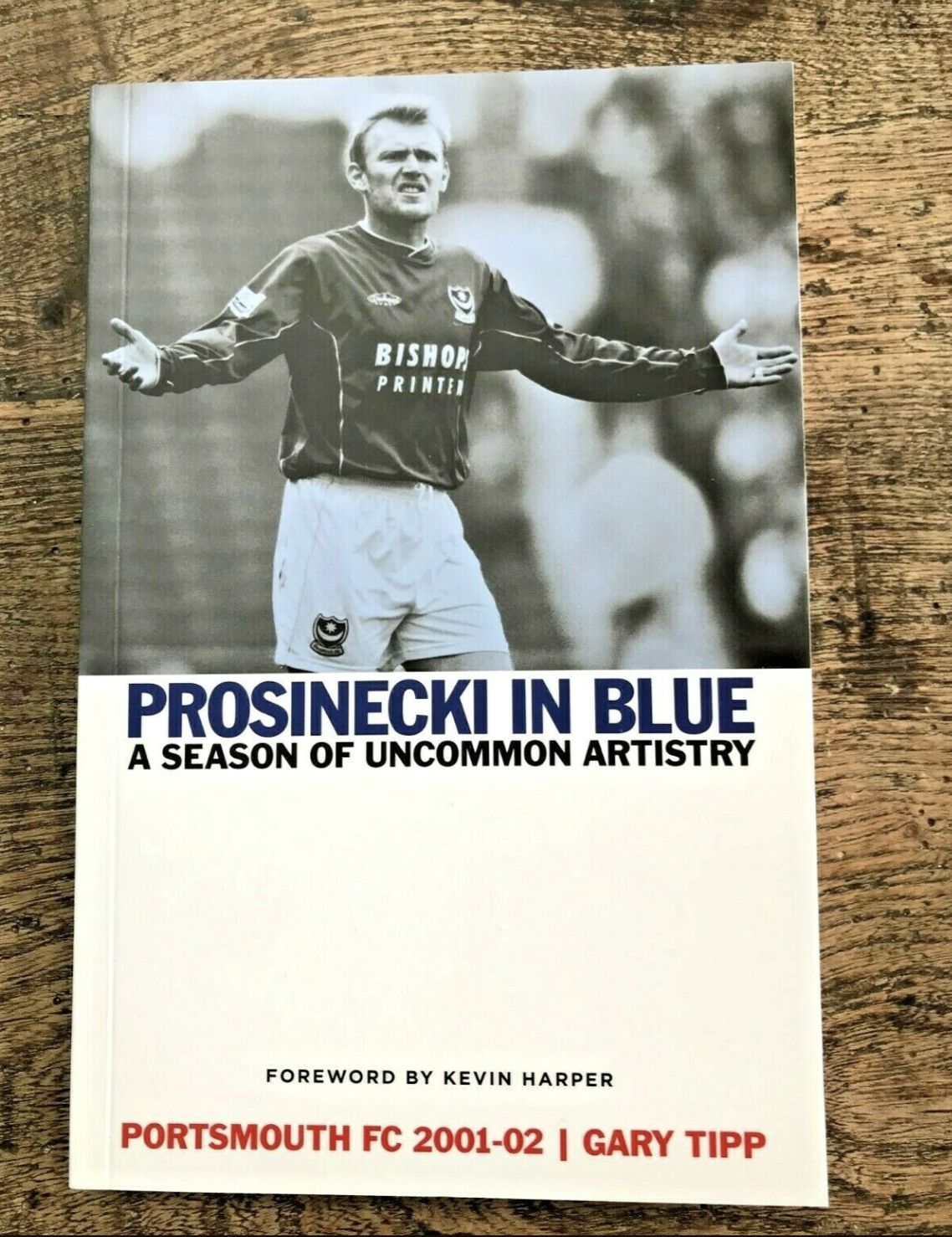 Prosinecki In Blue: A Season Of Uncommon Artistry by Gary Tipp

The story is told through a series of brand new interviews with players (including Linvoy Primus, Kevin Harper) and fans (among them 70s TV heroes How’s Fred Dinenage and Magpie’s Mick Robertson), together with contemporary press quotes.

The book is written by Gary Tipp, a freelance editor/journalist and Pompey fan. In a previous life he was the editor of Total Football magazine and runs the intermittently updated Pompey Elevens website.

“Robert Prosinecki only played for Portsmouth for one season, but the memories he created during those 33 games are enduring ones. The book was written for the Pompey fans to relive those moments and for Robert Prosinecki to be remembered as the very special player he was,” Tipp tells us.

“His most memorable game for Portsmouth was against Barnsley at home. He scored a wonderful hat-trick that was made up of a coolly-taken penalty, an incredible solo goal and a fantastic free-kick. Pompey were winning 4-2 with 10 minutes to go and managed to draw 4-4. Robert Prosinecki refused to accept the match ball at the end of the game because he had scored “a hat-trick for nothing,” Tipp recalls.

Prosinecki In Blue: A Season Of Uncommon Artistry by Gary Tipp is published by Blue Boy Books (£8.99) and is available to buy from pompeyelevens.com