Croatia’s rival clubs Hajduk Split and Dinamo Zagreb will battle it out on the pitch in the ‘Eternal Derby’ tomorrow night, but off the pitch, shots have already been fired.

Both club’s social media departments have shown they have a sense of humour as they traded light-hearted posts on Facebook in the build-up to the match to wind their opponent up.

Hajduk Split was first to make the move when they had a dig at Dinamo Zagreb coach Nenad Bjelica. Bjelica will be able to lead Dinamo from the bench this weekend despite being given a one-month suspension for insulting the referee during a recent clash with Osijek.

Bjelica sent in an appeal by the unusal method of post at the last minute on Thursday night. Because the letter did not arrive in time, the Appeals Commission will not be able to meet before the derby and so Bjelica will be on the bench at Poljud Stadium.

“[LIE TO ME TOO] How often do you write letters? We are writing to you to come to Poljud Stadium on Wednesday,” Hajduk wrote, posting the popular song ‘Piši mi’ (Write to me) from Split group Magazin.

Current table-toppers Dinamo were quick to reply, pointing out that their rivals are 14 points behind them on the table.

“[INSTRUCTIONS TO FANS] Everyone traveling to Split for the match dress warmly considering its -14 ° C with a tendency for temperatures to continue to fall in the evening!”

Time will tell who will have the last laugh at the final whistle tomorrow night. Kick-off on Wednesday is at 7 p.m. 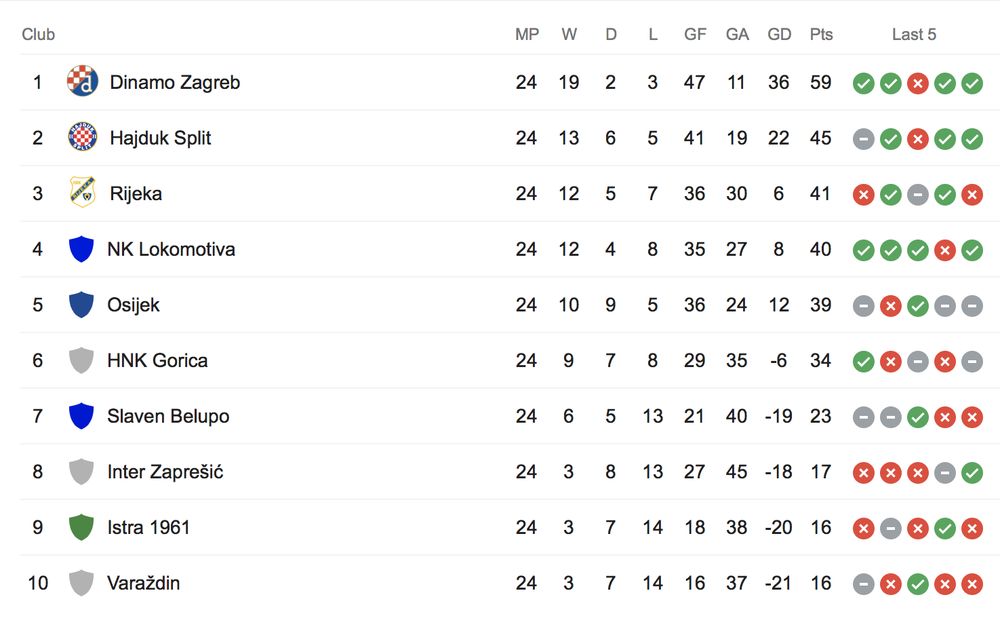