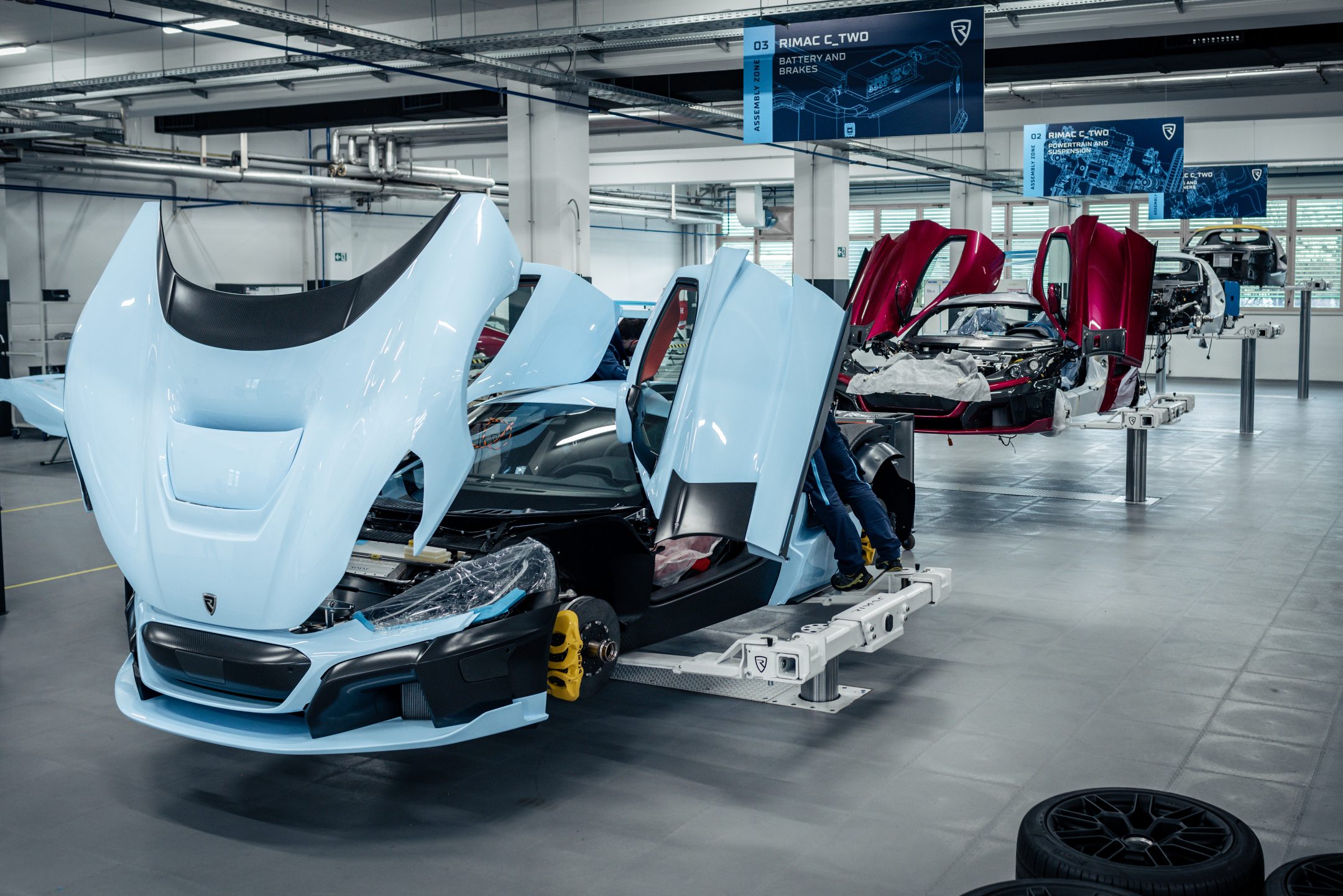 Rimac Automobili is advancing towards full-scale production of the C_Two all-electric hypercar in 2021. The build of six pre-series vehicles begins at the Rimac facility in Veliko Trgovišće, Croatia. 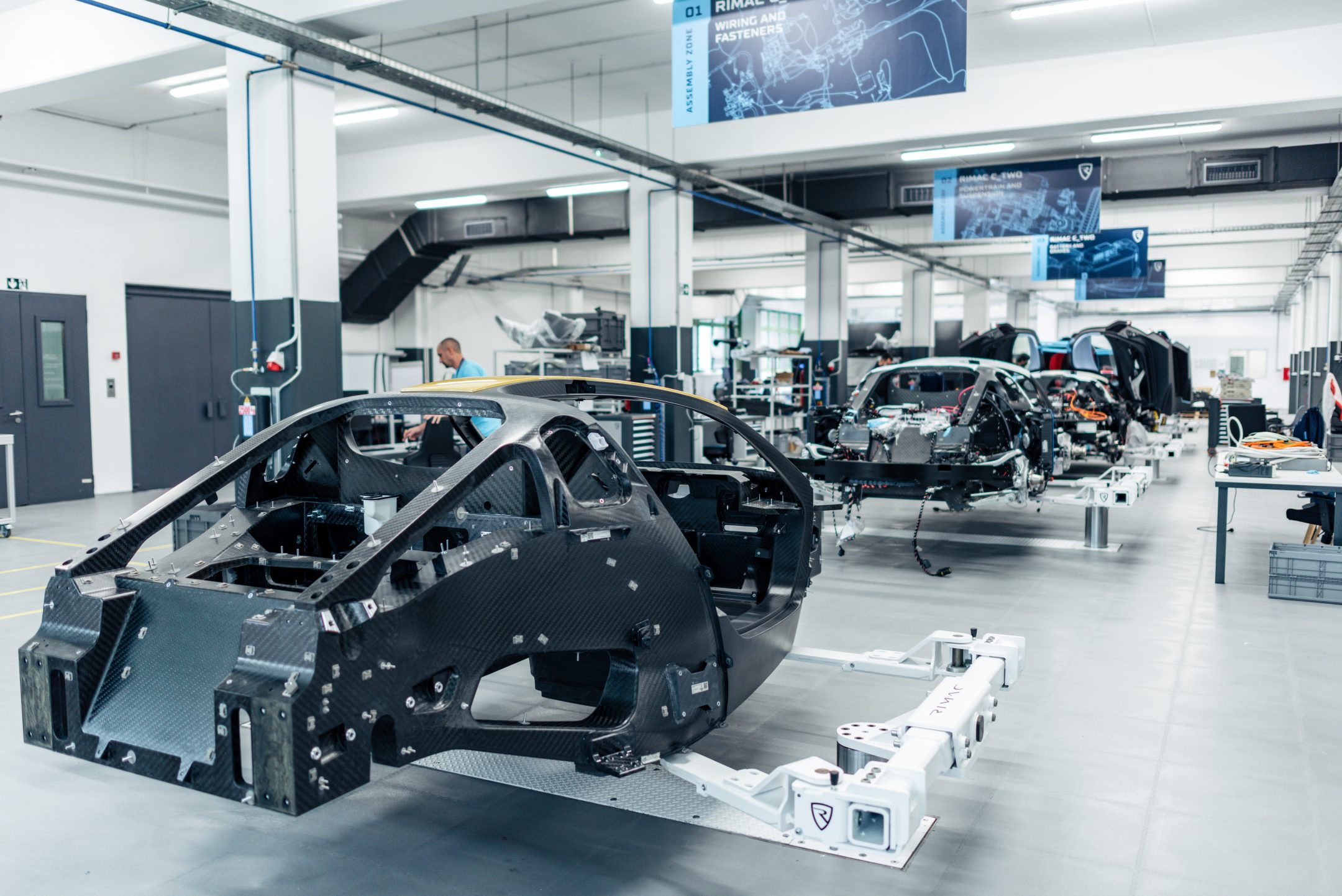 Assembling each C_Two pre-series car takes around 8 weeks, cutting the production time in half compared to the “nest production” used before the production line was created and allowing for the build of four final vehicles a month at full capacity. The actual assembly of the cars takes five weeks, but the process starts three weeks earlier at Rimac, as a large number of components and systems are produced in-house and delivered to the final assembly line.

Custom jigs have been created to ensure that all components assembled elsewhere within the business, including the advanced 120kWh Rimac-designed-and-built, liquid-cooled battery, and Rimac powertrain, can be fitted seamlessly, quickly, and with consistently high standards.

The new production line is divided into five main zones, beginning with bonding all brackets and fixing points onto the monocoque. Two people in each following zone then continue to build up the car piece-by-piece, undertaking electronic checks, torque tightening, parts checks, and more before allowing the car to move on to the next production zone. On completion, each car’s wheel alignment is tuned to achieve the best performances, all cameras and sensors are calibrated, and a monsoon test is performed to ensure the absence of any water leak. The paint is checked for a perfect finish, gaps and flushes are measured for millimeter-precision, and all openings are checked to operate smoothly. 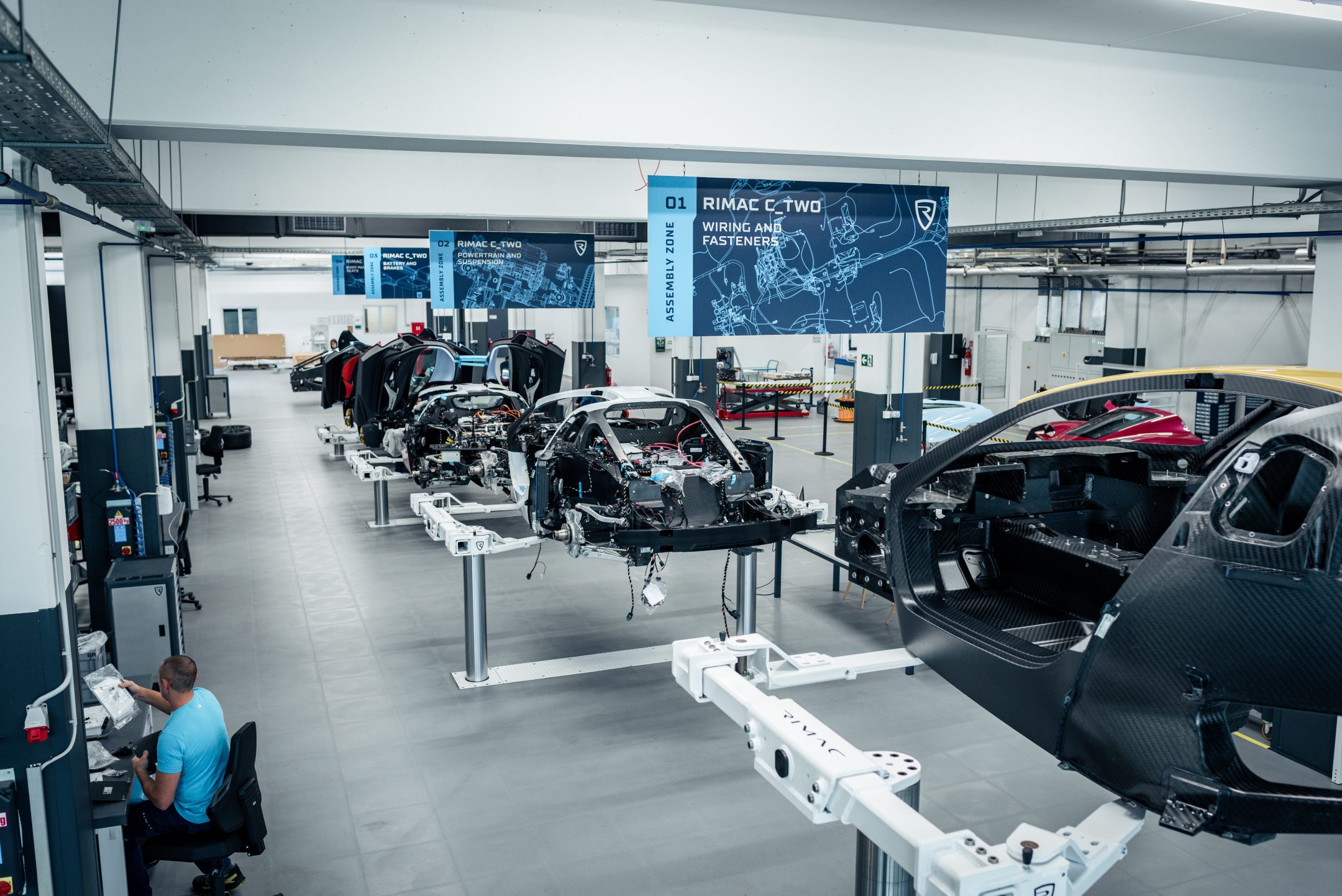 Once all static tests are complete, the pre-series cars undertake a dyno check, where the powertrain, producing 1,914hp, is tested along with the brakes. Then the pre-series cars head out for road testing as engineers check for wind noise and powertrain noise as well as any squeaks and rattles or unexpected vibrations.

“We’re creating an entirely new type of performance vehicle with the C_Two. After thousands of virtual simulation hours, years of design and engineering, and many rough and ready prototypes, it’s a very special feeling to see pre-series cars now making their way up our production line. This is the clearest sign yet that the C_Two is almost here, and we can’t wait to deliver the cars to our customers in 2021 and to showcase it all over the world,” CEO Mate Rimac said. 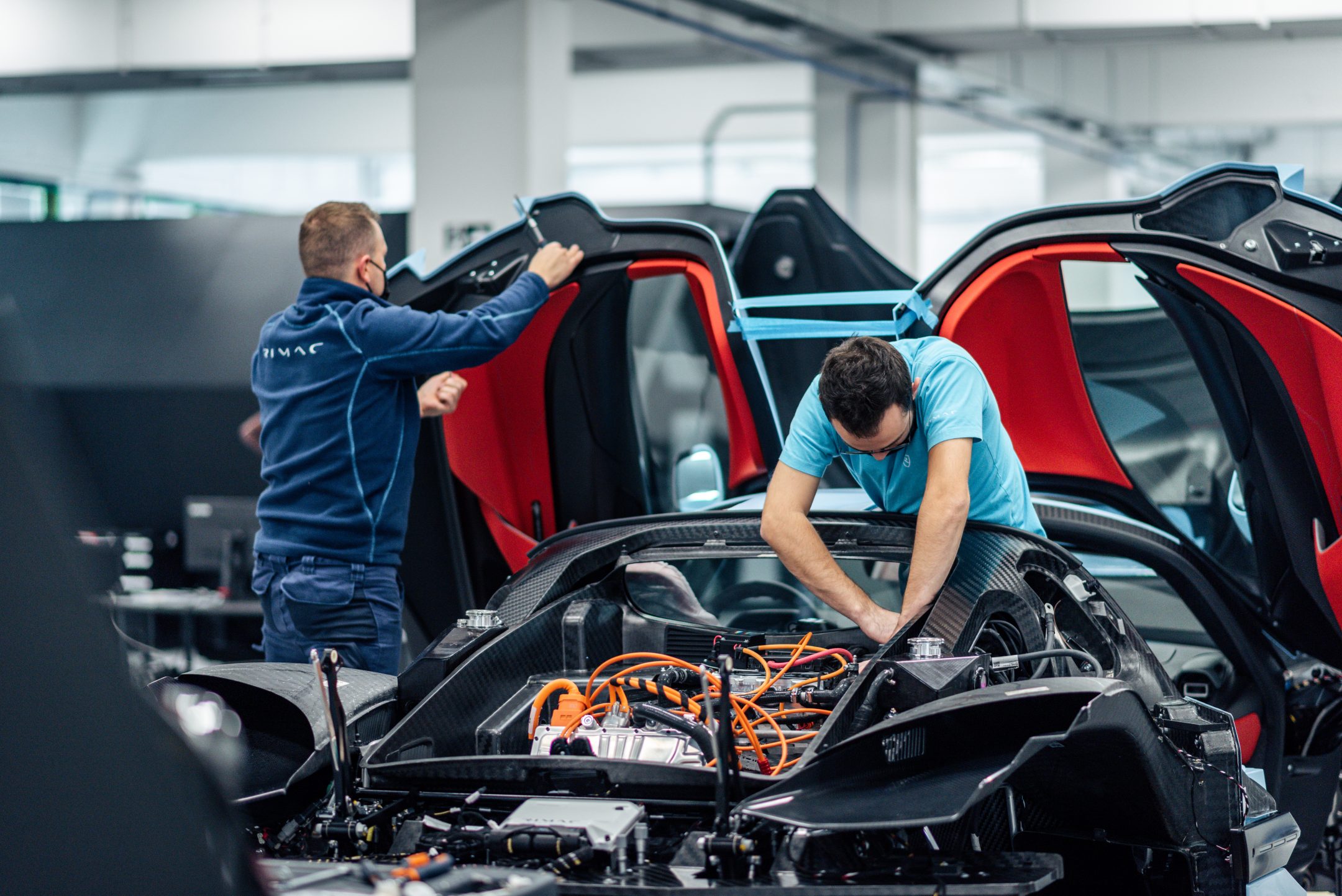 The Rimac C_Two promised a top speed of 258 mph (412 km/h), a 0-62mph (100km/h) time of under 2 seconds, and a 0-100 mph (161 km/h) time of 4.3 seconds when it was first revealed in 2018. These unheard-of performance figures were first set as hugely ambitious targets by the Rimac Automobili team. Yet, through the car’s extensive development and testing process, engineers have made sure to meet and exceed the set targets.