For only the second time in the club’s history, Rijeka will have a chance this summer to qualify for the UEFA Champions League.

On Monday in Nyon, the qualifying draw was made for the 2017/18 UEFA Champions League, with the Croatian club drawing the winner of the first round tie between New Saints FC from Wales and Europa FC from Gibraltar.

NK Rijeka did the double for the first time in Croatia (Photo credit: NK Rijeka) 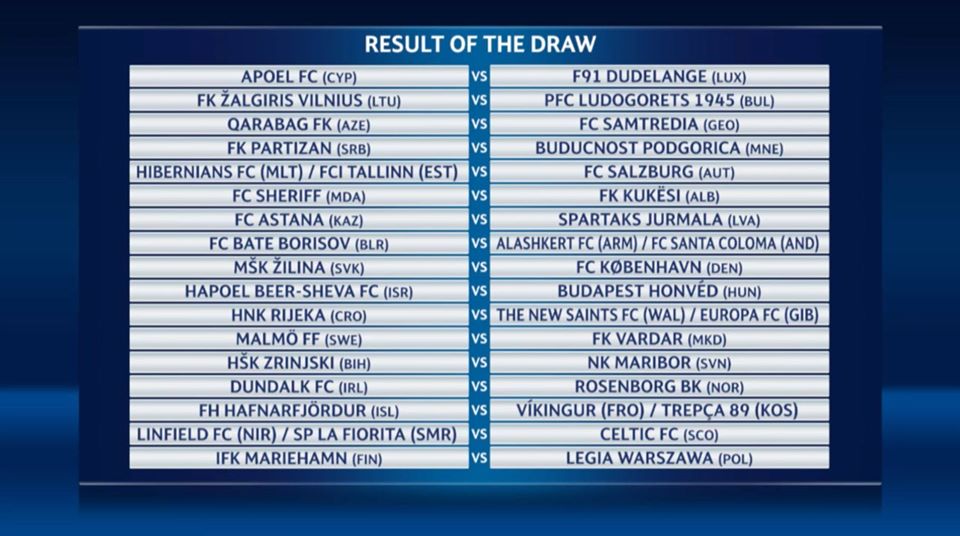 Results of the 2nd qualifying round draw today (Photo: UEFA)

Meanwhile, in the UEFA Europa League qualifying draw, Osijek have drawn Andora side Santa Coloma, whilst Hajduk Split will face the winner of the clash between Bulgaria’s PFC Levski Sofia and FK Sutjeska from Montenegro.