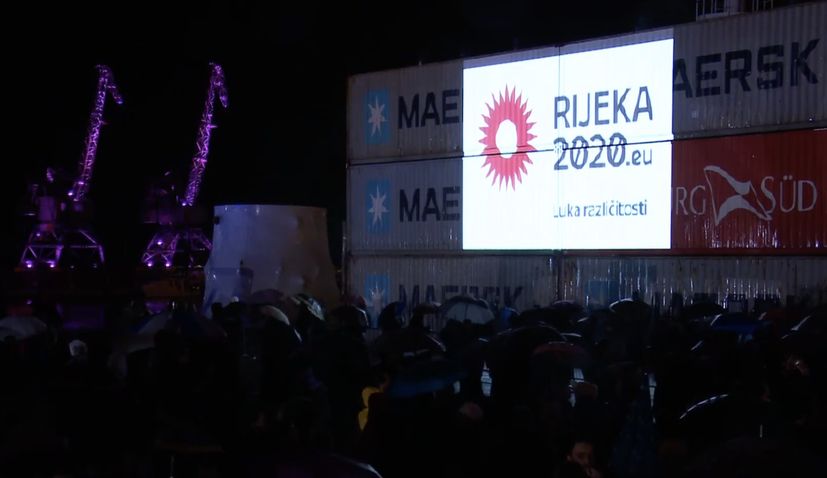 RIJEKA, Feb 2 (Hina) – European Commission Vice-President for Demography and Democracy Dubravka Suica on Saturday presented Rijeka Mayor Vojko Obersnel at the opening ceremony with a European Capital of Culture plaque and a plaque for the Melina Mercouri Prize, awarded by the EU for the excellent preparation of the programme.

Commissioner Suica said at the ceremony in the Croatian National Theatre that in 35 years of its existence the title of the European Capital of Culture had been carried by more than 60 European cities and that almost every one of them had been witness of the positive impact of that title, from the boost to the city’s economy to a sense of belonging to the European cultural area, from the renewal of urban centres, fostering creativity to international recognition.

“The European Union is defined by the culture and values, by what we as European are and want to be,” she underscored.

Commissioner for Innovation, Research, Culture, Education and Youth Mariya Gabriel said in a video message that this year would be key for Croatia. She congratulated Croatia as the youngest member state on its presidency of the EU and on Rijeka becoming its first European Capital of Culture, since these were two big events.

Gabriel said that during the year Rijeka would be in the spotlight as a unique “Port of Diversity”, highlighting the wealth of diverse cultures. She added she was especially pleased that the programme dealt with the Western Balkans region and issues whose solutions are of common importance and made visible the cultural wealth of the region and its talents.

She said that Rijeka with its heritage clearly shows the influence of different cultural, historical periods, religious and ethnic communities. At a time when the European Union is facing new and challenging issues, we have to reconsider our role and our ways of interacting with citizens and create a common vision for the future, she said.

Culture Minister Nina Obuljen Korћinek underscored that the project of the European Capital of Culture placed emphasis on showcasing the wealth of European cultures and that investment in creative capacities and cultural infrastructure contributed to the overall social and economic development.

She said that this was an opportunity to use Rijeka as the European Capital of Culture to create a positive image of Croatia and that the government, the Ministry of Culture and others, especially the Ministry of Tourism, were giving the project full support. 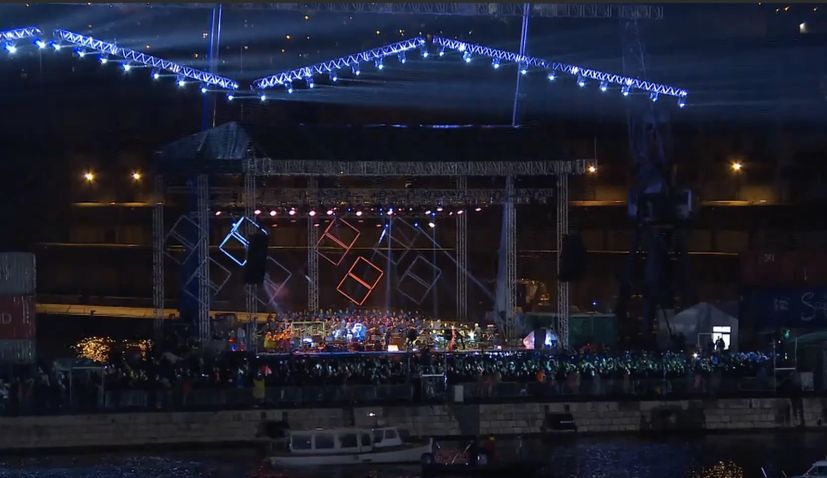 Emina Visnic, director of Rijeka 2020, welcomed everyone to the “city of culture where we freely create and where we celebrate freedom through art”. She announced 600 events in Rijeka, Kvarner and Gorski Kotar, saying that there were more than 200 partners and artists from more than 40 countries behind everything and that with the programme in Rijeka’s port they would pay tribute to the workers, the industrial heritage, the avant-garde art and tradition and remind everyone about the values of modern Europe.

Mayor Obersnel underscored that the “Port of Diversity” would be a crossroads of projects, ideas, artists and creative people. “This is not only Rijeka’s project but the biggest project of Croatian culture, a project that makes Rijeka and Croatia become the pulse of European cultural story at the moment of Croatia’s presidency of the Council of the EU,” he said.

The ceremony in the Croatian National Theatre in Rijeka was attended by high officials from Europe and Croatia – representatives from the European Commission, culture ministers, representatives of former and future European Capitals of Culture, ambassadors to Croatia – who will later attend the central event “Opera Industriale” at the city port.

Opera Industriale by local authors Josip Marsic and Zoran Medved was performed under the baton of maestro Fran Djurovic in Rijeka’s De Franceschi’s Pier in the Rijeka Port on Saturday evening as the central event of the inauguration.

More than a hundred performers performed on the main stage as well as at other locations in the port, with the programme even involving a large part of the audience. The opera included references to Janko Polic Kamov, Rijeka’s poet and artist who heralded the arrival of the European avant-garde.

Also, about a score of boats in the port was included in the programme of this opera directed by filmmaker Dalibor Matanic. The event combined sounds of the city, industry and noise, classical instruments, choral singing, ringing bells and sounds made by the audience.

At the end, a fireworks display was set up.

On 1 February, Rijeka and the Irish coastal city of Galway take the title of European Capitals of Culture in 2020.