Home » Business » Returning talent back to Croatia: Goran Lončarić via US & Sweden A lot of countries have to deal with young, talented people heading off abroad to seek opportunities and adventure. Croatia is definitely one of those.

But there can be positives to brain drains, like when these talented people return back home after gaining valuable knowledge and experience. One of those people is Goran Lončarić. After building a career for the past two decades abroad in the United States and Sweden, Goran returned home to Zagreb two years ago and has led a revolutionary telecom banking project.

We caught up with him to talk about the project, his life and what Croatia can do to attract more talent to move back home.

Can you tell us about your early life?

I grew up in Zagreb with my three siblings. With both parents engineering graduates, technology and computers were something that sparked my interest quite early. Growing up in the 80s, we were introduced to the first Commodore 64 computers and of course my friends and I formed our gaming groups later graduating to the Amiga 500.

I was also very fortunate to have incredible role-model teachers, especially in high school. A student of MIOC (a globally recognized highs school specializing in mathematics and computer science) I started coding early. The best computer magazines were American and either hard to get or very expensive, so my friends and I used to frequently visit the US embassy’s library, which was then located near Zrinjevac and browse all of the latest computer magazines.

What lead to you to leave and move to the United States?

Growing up, United States was that country associated with the latest technology, the nation leading anything from space programs to fundamental shifts and developments in engineering and technology. My father, a global petroleum engineer, visited US throughout his career and brought back inspiring stories around our dinner table. And as mentioned, computer magazines at the US Embassy and American culture in general were a big part of my teenage years. When I had the opportunity to finish my last year of high school in the US, through a high school exchange program, I was of course nervous, but also realized that this was the start of something completely new. What I learned then, and always followed in life since is that when opportunity knocks you answer. My host family helped me to enroll in one of the best high schools in the US – Pembroke Hill in Kansas City, where I finished my last year of high school, graduated top of my class and was fortunate to be able to choose between several Ivy League universities providing full scholarship resulting in a Master’s degree in Computer Science from Washington University in St. Louis.

How was it for you adjusting to the new culture in the US?

I was 17 in a new country with my family back home. This was 1991 and Croatia was engulfed in the Homeland War. Being focused on making the best of my American experience and my studies helped a lot, but I was often glued to CNN watching the news of what was happening back home. I met some amazing people in the US, including my host family who helped me tremendously then and later in life. I also discovered Oreo cookies, Pepsi Cola, and started or better said tried, appreciating American sports like Football and Baseball.

Were you involved in the Croatian community in the US at all?

I spent a part of my exchange year in Kansas City with a second generation Croatian family, so met local Croatians who were concerned about the war and organizing aid drives to send home. When I later moved to New York, where I also met my wife, we sometimes went to- for Croatians a well-known little Croatian restaurant called club Rudar in Astoria, Queens, where we also found little Croatian supermarkets.

Can you tell us about your working career?

After receiving my Master’s in Computer Science, I moved to New York where I was recruited by Citibank into their Technical Management Associate Program. I entered the corporate world working for one of the world’s largest consumer banks in New York City in the center of the financial industry working on online banking initiatives at the dawn of the Internet revolution. Later on I worked for Morgan Stanley leading development and managing projects in the investment banking space. In 2010 my wife and I moved to Sweden with our two children. I was recruited by Ericsson to work on mobile money systems design and deployments around the world.  Mobile money was a solution to a problem of most people in developing world not having bank accounts and telcos offered a technology that allowed anyone to have a mini bank account on their phone and made paying and sending money as easy as sending SMS.

I advanced to head of solutions and strategic sales and saw how my work contributed to improved financial literacy and lives of people in Africa, Asia and LatAm.  Of course, this is very different from New York, Wall Street and investment banking but my desire to build an international career allowed me to do just that with Ericsson. The position later brought our family back to the US – this time to Seattle, WA where I consulted on the T-Mobile Money project for T-Mobile US and was fortunate to also work with the Bill and Melinda Gates Foundation on mobile money and financial services for the poor initiatives. One of the most fulfilling jobs I have ever had career wise. What made you return to Croatia?

After building a 20 year career abroad, I never thought there would be an opportunity to return to Croatia. When Hrvatski Telekom contacted me in Seattle to help them build what I was working on with T-Mobile US on, I was beyond surprised and it wasn’t an easy decision moving my family (including three kids) across the world to Zagreb. But the pros outweighed the cons, and my wife who is a PR professional actually found an English speaking job shortly after we moved. Our kids attend an international school and we feel that we really made the right decision.

What are you doing now?

I am now with Hrvatski Telekom and leading the team behind the recently launched Telekom Banking.

Telekom Banking is a service of Zagrebačka banka in cooperation with Hrvatski Telekom. The service and the accompanying mobile app offer a wide range of banking products and services to customers. Think of it as a complete banking solution package that includes a current account where the user can receive their salary, a foreign currency and gyro accounts, contactless debit cards, enables contactless mobile phone payments and various banking transactions. Telekom Banking customers can also get a no fee/no membership MasterCard credit card. This is a mobile-first service – we enable the customer to use the mobile phone for all of their banking needs. This is also our motto – ‘My phone. My bank.’ With fees as low as 10 kuna (1.50 USD) per month, that include all of the above and numerous benefits, I believe we are also providing the most value for the money on the Croatian banking market.

The service is supported by Zagrebačka banka‘s most extensive network of branches and ATMs in Croatia, web chat and a call center.

Telekom Banking is also the first service to offer the possibility of contracting a banking package entirely via a mobile app and without visiting a branch. We also offer other innovative functionalities available to customers, such as IziPay, which allows sending money just by choosing a contact from the directory without IBAN entry and with no fees. 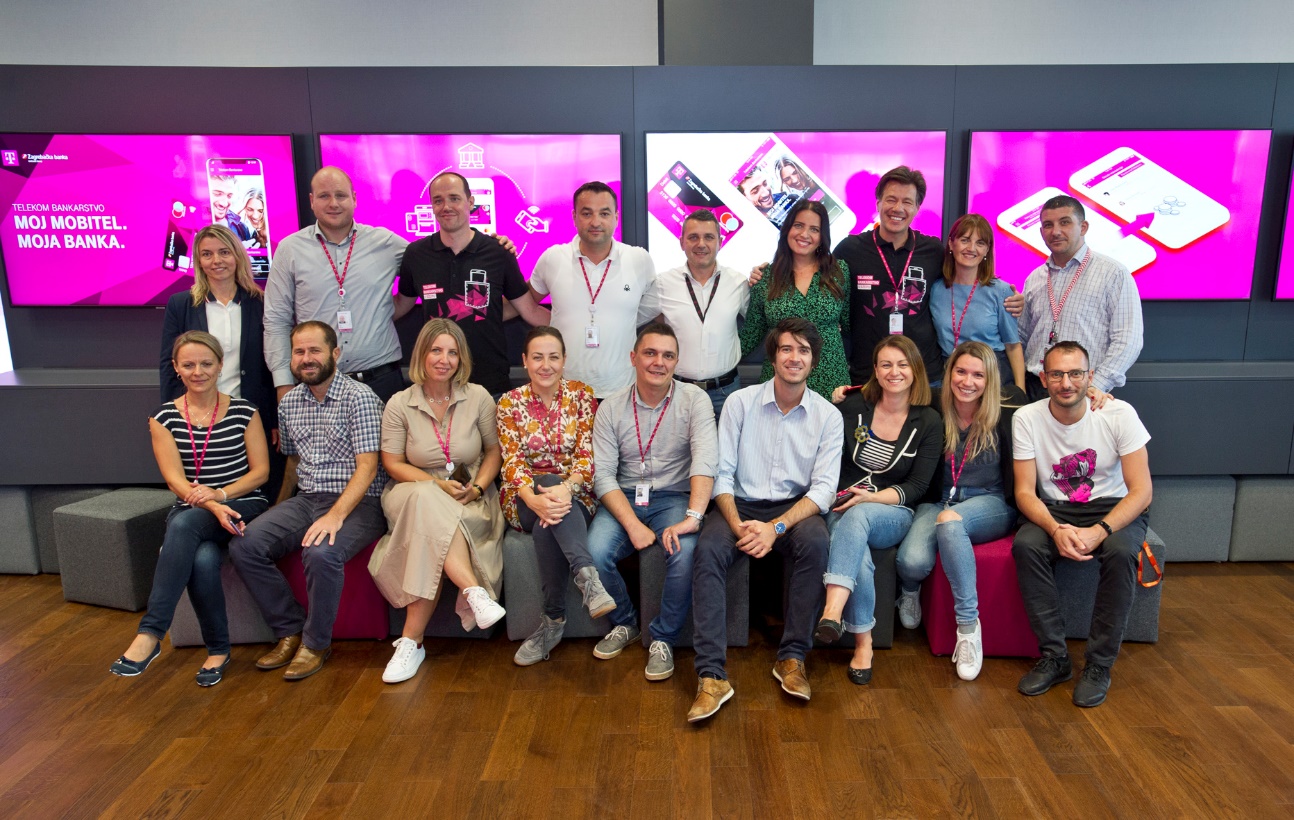 Goran and some of the Telekom Banking Team Members. Photo: HT

After two decades abroad, what do you think you learned most?

Living abroad teaches you a lot. You realize that you can adapt to almost any environment, you learn to adjust and understand cultures and you grow individually in ways you wouldn’t if you stayed within your comfort zone, in your hometown. Most of all it gives you confidence to answer the door when opportunity knocks again. I am fortunate to have acquired a global perspective, a global career that has taught me to be open minded, where obstacles can turn to opportunities and to be open to opportunities wherever in the world they may appear.

In terms of business, what are your impressions about the direction Croatia is going in?

There is positive change in Croatia. We are witnessing more innovation, more start-ups and tech companies growing quite rapidly here. Companies like Infobip and Rimac Automobili showcase for example that global expansion is possible for Croatian innovation and it’s important that our politicians encourage and gradually make it easier legislation and funding wise for businesses and innovation to prosper here. Nenad Bakic as the CEO of Varteks has shown that even the industries that been ‘left for dead’ can be revived and thrive again. There is hope, but believing and hoping is not enough, each of us in our small ways can contribute to the brighter future and better opportunities for all.

How can Croatia attract more talent like yourself to return home?

Croatia’s current emigration problem is prominent and a serious concern. I am one of few returning to Croatia but if companies can grow and expand here, there will naturally be more opportunities for Croatians to return home.  Entrepreneurs who choose to build their business here, evidentially contribute to a stronger Croatia and that is how the country becomes more attractive to move back to. Knowledge in your expertise beyond our region is so important to a company’s success and expansion and those that invest into attracting the top talent will be able to thrive here.

Do you have any advice for those who are maybe thinking about returning home or moving to Croatia?

There could be several reasons to return to Croatia, it could be for family reasons, it could be for a job opportunity. It all depends on where you are in your life. It will take some adjustments for a family or individual coming back here after a long time abroad. I can assure that you are coming back to country, in many ways much better than you left it, especially if you’ve lived abroad for a long time. If you have children, this is a very safe country crime wise, where kids can grow up trusting their environment and become more independent, quite differently from the typical American suburban lifestyle. But it’s a big step to move, and it must feel right. Be prepared to move against the current and status quo. Croats are famous for their cynicism, so do not give up, do not listen to the naysayers – be optimistic and confident – this is the way to turn Croats’ ‘ne može / nema’ u ‘može i ima’. 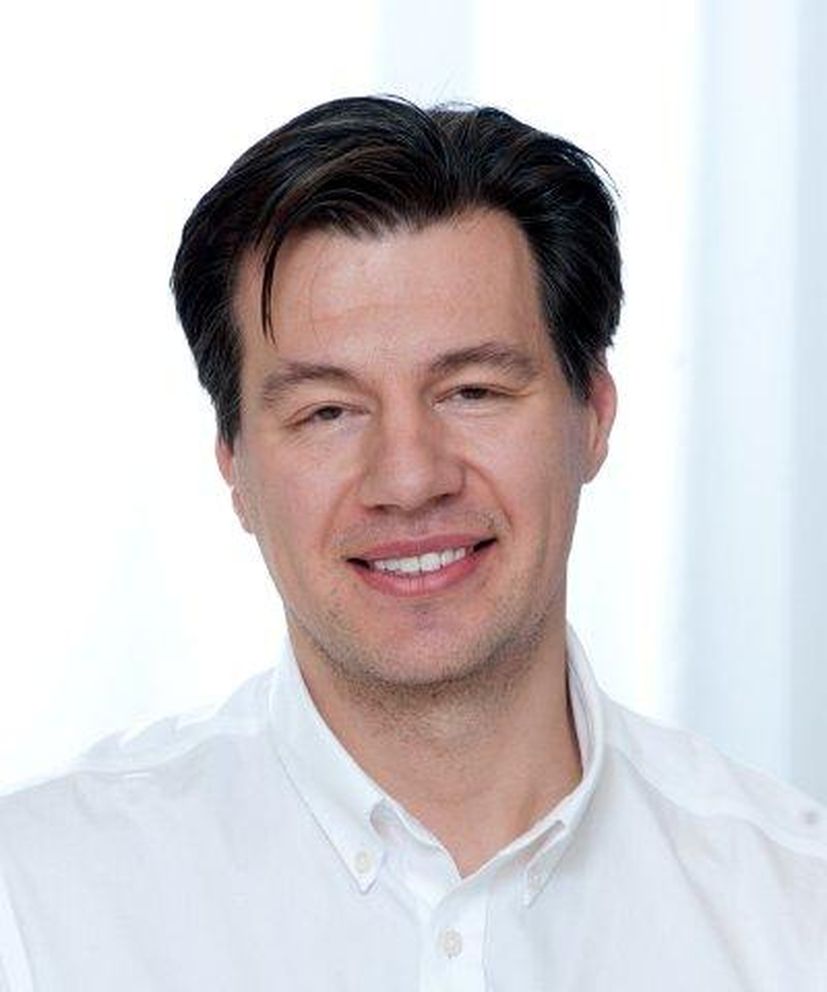