Klepetan and Malena are two long-legged birds, storks to be precise, and their love story has captured the hearts of many in Croatia for 15 years now. Just to get you up to speed if you are reading about the couple for the first time, Klepetan and Malena made their nest on a chmney in Brodski Varos more than two decades ago. The pair would fly together until poachers injured Malena’s wing which left her flying capabilities restricted.

With storks being a migrating bird this caused a problem. Every winter for the last 15 years Klepetan would leave Croatia and made his way more than 13,000 to the warmer climates of Africa. Without fail however, Klepetan has always manage somehow to negotiate his return to Croatia in the spring when the weather warms up to be reunited with Malena.

It is the same old story every year when he leaves – will he return? Stjepan Vokic, who takes care of the birds in Brodski Varos says, adding that Klepetan would usually return to the nest around March 24. With it March 30th already this year there was more reason for concern. 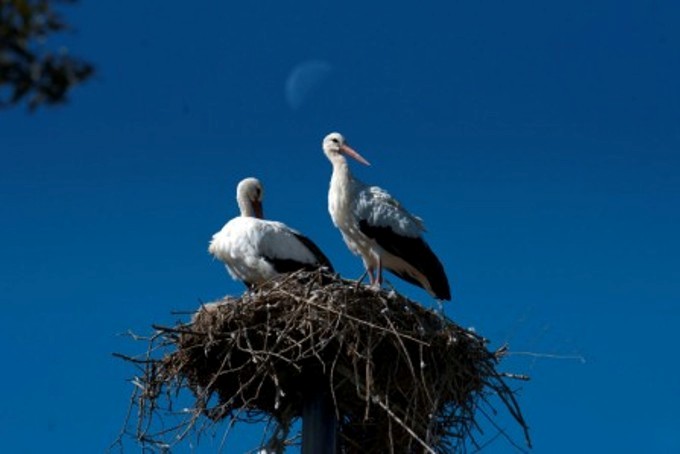 But, just after lunch on Wednesday, much to the joy of Malena, Klepetan made his return to the nest once again. Although a few days late Malena was forgiving and after greeting Klepetan the pair rested together.