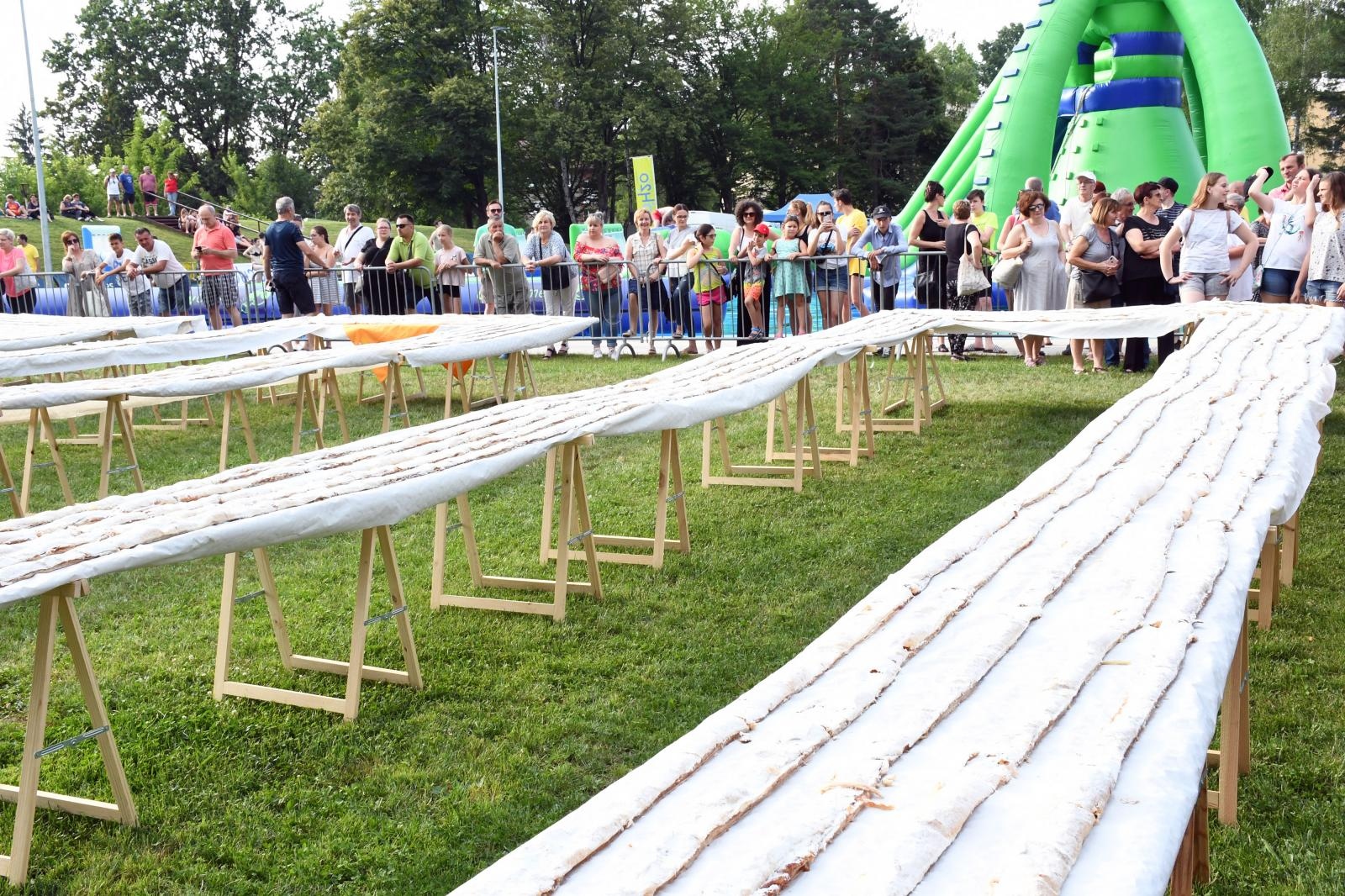 SISAK, 22 June 2019 – Croatian bakers ‘Mlin i pekare’ in Sisak, which is southeast of the Croatian capital Zagreb, has broken the Guinness world record for the longest apple strudel in the world.

On Friday, Mlin i pekare made an apple strudel which measured 1,762,45 metres, breaking the old world record, which was also set in Croatia, by almost 300 metres.

Preparations for the world record strudel in Sisak started on Wednesday.  Fifteen workers, Ankica, Emanuela, Darija, Đurđica, Ivanka, Maja, Ana, Božica, Renata, Andreja, Matea, Kristina, Vanja, and Ivica, used 1,000 kilograms of apples, 500 kilograms of flour, 200 kilograms of sugar as well as butter, lemon, cinnamon and salt to make the strudel which was laid out on a 300-metre table.

“Over 300 hours was needed to make the record strudel,” Snježana Kožić from Mlin i pekare Sisak told Jutarnji list.

The strudel was cut into pieces and served to guests who had gathered at Caprag pools. The event was held as part of the City Games in Sisak.

The previous record was set in Jaškovo, near Karlovac in 2016 when a strudel was made measuring  1,479,38 metres.