Home » News » Rapska torta: Traditional cake from island of Rab honoured with its own postage stamp 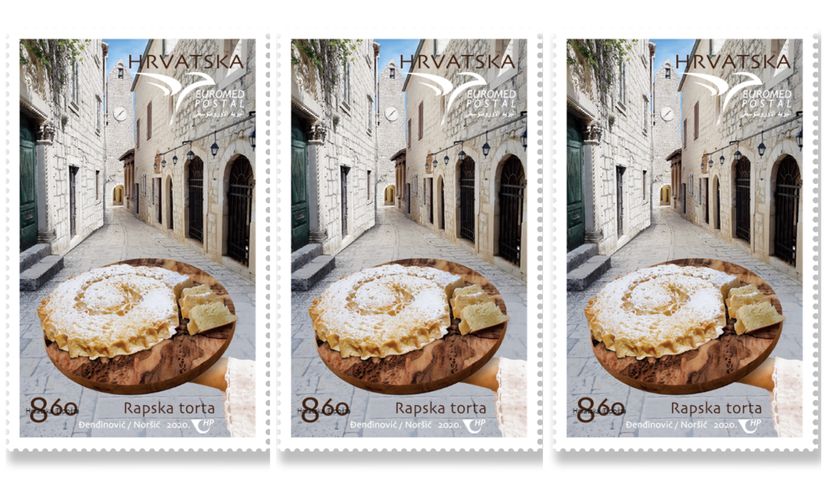 Zagreb, July 10, 2020 – A traditional cake from the Croatian island of Rab has been honoured with its own postage stamp.

On July 13, Croatian Post will put into circulation the commemorative postage stamp titled “PUMed – traditional Mediterranean gastronomy.” The Rapska torta stamp has been designed by Ariana Noršić with the photo taken by Želimir Đenđinović.

Rapska torta, or Rab cake, is a must-try if you visit the island. It is not just a dessert made from selected island ingredients – sun, almonds, fragrant lemons and maraschino cherry liqueur, it also tells the story of the history of the island.

It all started back in the 12th century when flour, sugar and spices were far from the island. The innovations came from Venetian merchants, but there was little for the islanders. During one expedition to Venice, Pope Alexander III met the Dalmatian islands.

On Rab, according to historical sources, in 1177 he blessed the cathedral of the Assumption of Mary. On that occasion, he was served a dessert prepared by the nuns – Rapska torta. It is they who are responsible for the fact that the original recipe has been preserved from oblivion.

The amount of ingredients and the preparation process, which lasts as long as three days, are recorded, and the recipe is kept behind the walls of the monastery of St. Anthony of Padua and the Benedictine nuns from the monastery of St. Andrew. The story, and then the recipe for its preparation, spread throughout the Mediterranean. Thus, Rab cake is still sweetened in Venice, and it is also prepared at home and served – just like on Rab – during the biggest holidays.

Today, the cake is known in two forms: in the round shape of a snail and, more often, as a barbell, for convenience. Preparation requires effort, dedication and time. 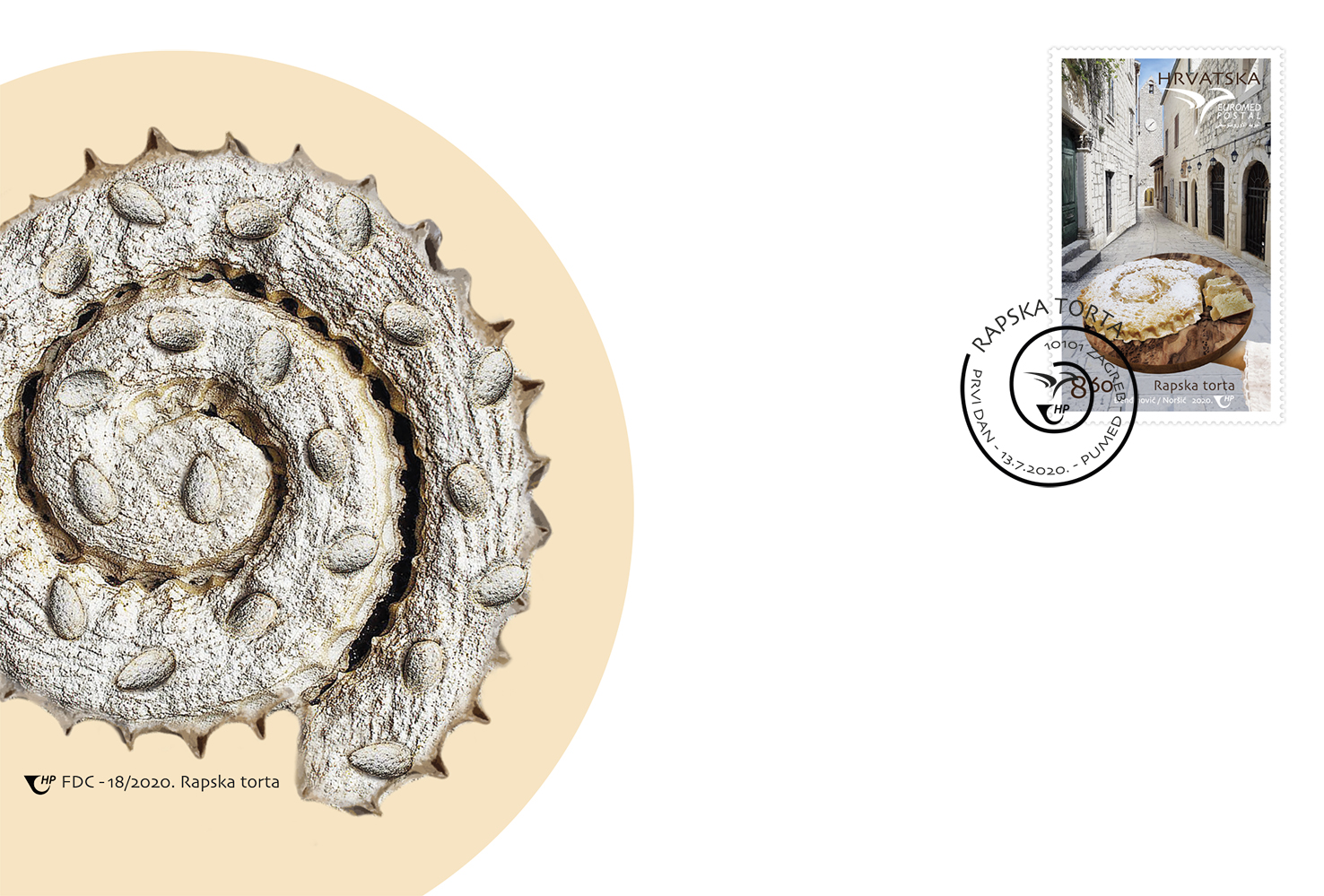 The recipe, no matter how modified, is kept as a precious legacy of the art of making a tender dough with a fragrant core of almonds. Namely, the cake needs as much as a kilogram of cleaned almonds.

Today the Rab cake is also the most original souvenir of the island, which spreads a touch of tradition all over the world.

The nominal value of the stamp is HRK 8.60 and it is printed in a circulation of 100,000 copies and in a sheet of 16 stamps. Croatian Post also issued a First Day Cover (FDC).

You can check out a recipe of the cake here