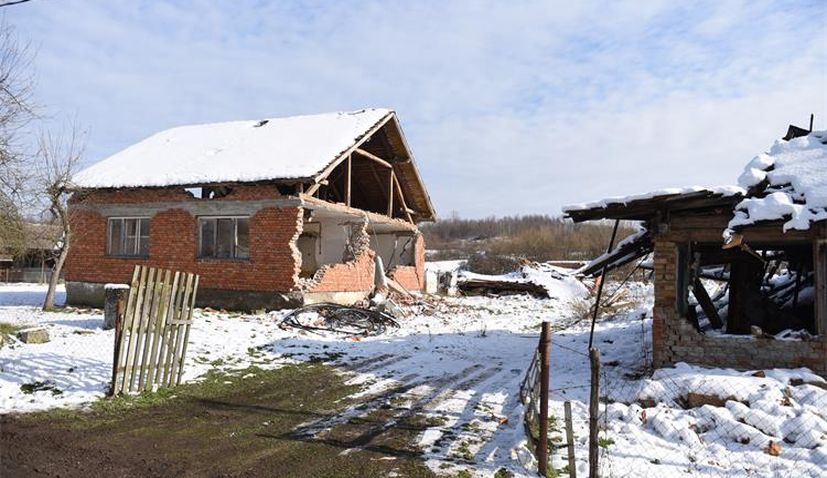 ZAGREB, 18 January (Hina) – The government on Monday decided to exempt households in Sisak-Moslavina County, hit by a devastating earthquake on 29 December, from paying electricity and heating bills for January, February and March as well as from paying the TV licence fee.

Economy and Sustainable Development Minister Tomislav Ćorić said that in January, February and March the state-owned HEP power company would not charge for electricity people whose houses were damaged by the quake and that it would also not charge them for connecting their temporary housing units and later reconnecting their rebuilt homes to the power grid.

As for people who use the services of a power supplier other than HEP, they will not be charged for distribution and transmission costs, said the minister.

The same measure will apply to households in the case of heating bills.

In a Twitter post after the government session, Ćorić said that he had called on other companies to join in the write-off of utility bills since a part of the households in the quake-hit area use their services.

Answering a reporter’s question, he said that four companies provided power in Sisak-Moslavina County, including HEP, and that three operated in the quake-hit areas.

The government also decided that in order to help alleviate the consequences of the 29 December earthquake, the HRT public broadcaster should not collect the TV licence fee from quake-hit households for the first three months of this year.

The government also decided to allocate HRK 25 million in emergency aid for the repair of county and local roads in Sisak-Moslavina County, and the amount will be secured by the HC road operator.

Agriculture Minister Marija Vučković said that her ministry would allocate emergency aid in the amount of HRK 1.5 million for the purchase of fodder for the next 30 days in order to enable the continuation of animal husbandry in the quake-hit areas.

She said the biggest problem at present was the lack of concentrate and compound feed.

Tomo Medved, Deputy Prime Minister and head of the task force dealing with the aftermath of the December earthquake, on Monday said that so far 507 housing containers and mobile homes had been installed for affected people in Sisak-Moslavina County, with 130 installed in the past three days.

“Since last week we enhanced our teams for the delivery and instalment of containers and mobile homes and rendering them ready for use, and so far a total of 507 have been installed, with 130 installed in the past three days,” Medved told a cabinet meeting.

He reported that more than 650 temporary housing units had been connected to the electricity grid, including those obtained through private donations.

He added that the task force had been meeting regularly and in addition to eight regular meetings, it held a thematical meeting with representatives from the Finance Ministry who have prepared guidelines and recommendations for local government.

Local civil protection authorities have registered a total of 2,500 applications for temporary accommodation for people who lost their homes in the devastating earthquake, and 777 have been listed as urgent.

“To date we have registered 2,045 people who have temporarily registered addresses outside Sisak-Moslavina County,” added Medved.

He underscored that the task force has adopted a conclusion to procure material to set up a container settlement in Petrinja as well as setting up tents for citizens and volunteers in Glina.

A conclusion has been adopted to mobilise more transport companies to help speed up the delivery of containers and mobile houses from the Lekenik base and for the purpose of removing damaged chimneys and to repair roofs in the Sisak area.

He said that local government units would deliver meals at certain checkpoints and would be responsible for delegating people for food deliveries.

“We have distributed 52 tonnes of food, 25,263 hot meals, 5,774 meals for operative forces. Considering the consequences of the earthquake, we have provided 892 psychological services, held a meeting with the National Centre for Psychological Trauma and other providers of psychological help in order to coordinate work in the field,” said Medved.

Since the government’s last meeting, structural engineers have received 5,328 new requests for their buildings to be inspected and so far 3,258 have been examined.

“To date a total of 46,902 requests have been received and 21,628 buildings have been examined. As a result, of the total number of buildings examined, there are 2,639 buildings labelled red, 4,422 labelled yellow and 12,609 labelled green,” Medved underlined.