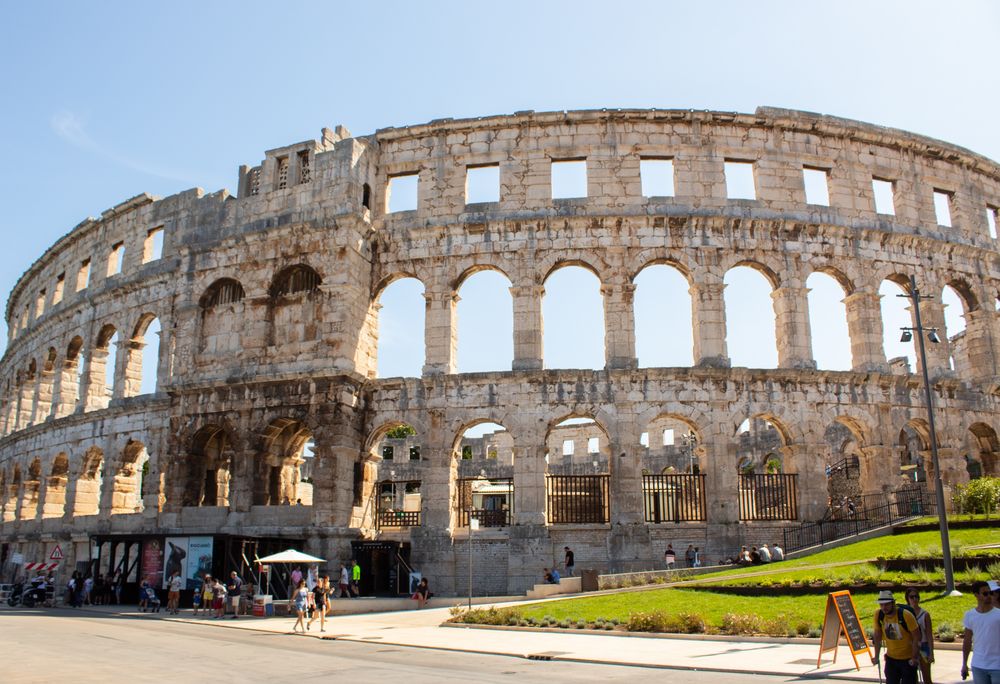 The defending unified WBA (Super), IBF, WBO, and IBO world champion Anthony Joshua and IBF mandatory challenger Kubrat Pulev will fight for the heavyweight world titles, but nobody quite knows when or where just yet.

The event was due to take place on 20 June 2020 at the Tottenham Hotspur Stadium in London, however, on 3 April the event was postponed due to the coronavirus pandemic.

With a location being sought for the fight, promoter Eddie Hearn revealed to Sky Sports that Saudi Arabia plus two other overseas territories had been in contact to host it. Pulev’s camp is pushing for the fight to take place in Croatia at the stunning Pula Arena.

“For our part, we are discussing Croatia. There is a unique Roman stadium ‘Pula Arena’ and we are in active conversation,” Pulev’s manager Ivaylo Gotsev told local Bulgarian media, before adding.

“We like this variant because it is in Europe, in the middle of the continent. The arena itself predisposes to an unprecedented event in our times. There must be mutual consent. We want the conditions and rules to be favourable for both parties.”

Pulev’s team added that the fight would most probably take place in August or September and Pula’s mayor, Boris Miletic, has told daily Glas Istre that the city would be honoured to host what will surely be one of the biggest sporting events hosted in the country.

“The primary goal, for me as mayor, is for such a spectacle to really happen in the Pula Arena. I can only say that I received a “representative of the organisers” and we talked about the fight for the world title happening in our country, as things stand now without spectators. I reluctantly accepted the idea. The city of Pula will do everything under its jurisdiction to make it happen, but of course, it all depends on the organisers of such a spectacle,” Mayor Boris Miletic told Glas Istre.

Miletic expects the organisers to visit Pula when the Croatian borders open up again and further conversations can then be had.