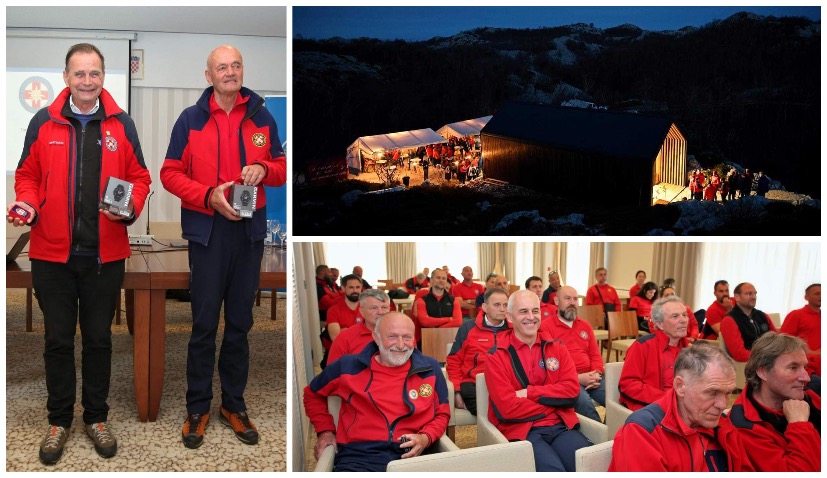 “Apart from rescuing, members of the Croatian Mountain Rescue Service (HGSS), with each new action, connect with each other and strengthen friendships. Within the HGSS, we can freely say, there are living friendships without borders that make us stronger day by day,” said the HGSS members at the ceremonial meeting of rescuers of the Croatian Mountain Rescue Service who gathered last weekend in Makarska.

In addition to awarding badges to new members, awards and badges were given to 62 rescuers for 10, 20, 30, 40 and a half centuries of loyalty to the service, and the celebration culminated with the opening of the HGSS station Makarska on Biokovo. 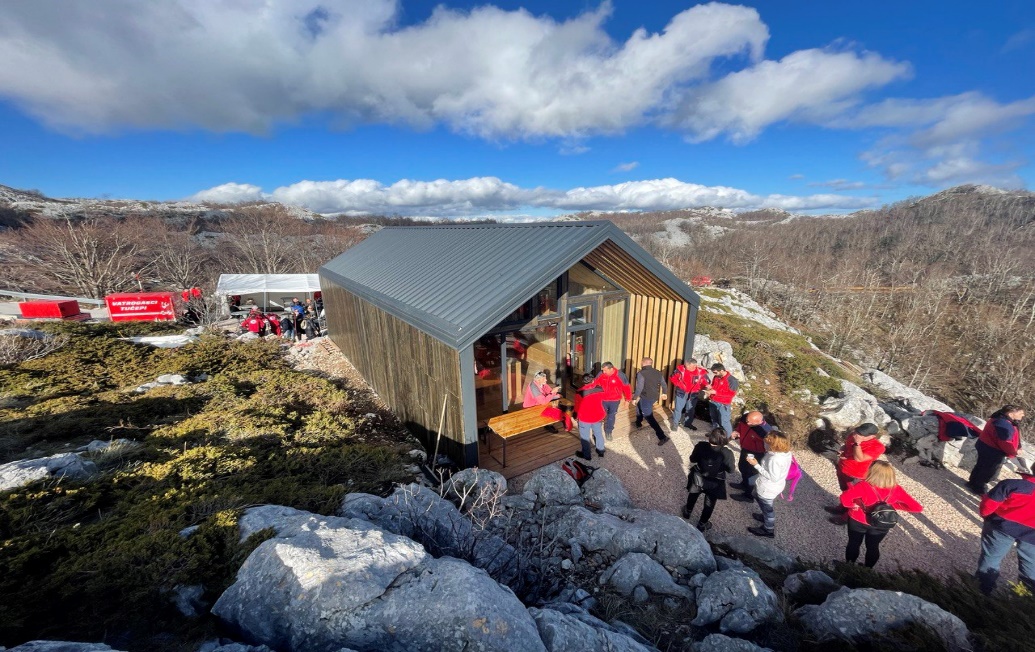 The ceremony was attended by the Deputy Prefect of Split-Dalmatia County Ante Šošić, Director of the Biokovo Nature Park Slavo Jakša, representatives of the police, firefighters and ambulances, representatives of mountaineering associations in the area and Don Pavao Banić who blessed the newly opened house on Biokovo.

Among the latter are Borislav Aleraj and Branko Šeparović, a duo that boasts the longest-standing instructors in the HGSS and who gave a lecture on 50 years of instructor work in the Croatian Mountain Rescue Service.

“We’ve been through a lot, but I feel young thanks to you. Every new friendship rejuvenates me and you know it well,” said the visibly emotional Borislav Aleraj Akac, a legend of Croatian mountaineering, who has been with the HGSS since 1966.

Branko Šeparović pointed out that for him, the mountain rescuer’s badge is the “main tool” for rescue. “We must all strive for it and everyone who has it should wear it proudly on their uniforms, as we do,” said Šeparović.

Tomislav Skender, Head of the Commission for Rescue Technique and Training of Personnel, spoke about the training system for mountain rescuers, Vinko Prizmić gave a lecture on strategic communication, while instructor Marko Kulaš spoke about the implementation of periodic equipment inspections in HGSS.

The ascent up Biokovo mountain followed, where the HGSS mountain house was ceremoniously opened, the construction and equipping of which was financed by the HGSS and the Makarska station.

“This is the intervention base of the HGSS on Biokovo, where we plan to hold our shifts. With this house we achieve great security because there will always be two or three mountain rescuers on duty. This will help the Biokovo Nature Park with all possible logistical and security factors in the area,” said the head of the HGSS Makarska Ante Kukavica, adding that the recently signed agreement with the Ministry of Economy on improving the safety, rescue and protection of human lives and nature in inaccessible areas of protected parts of nature will contribute to this.