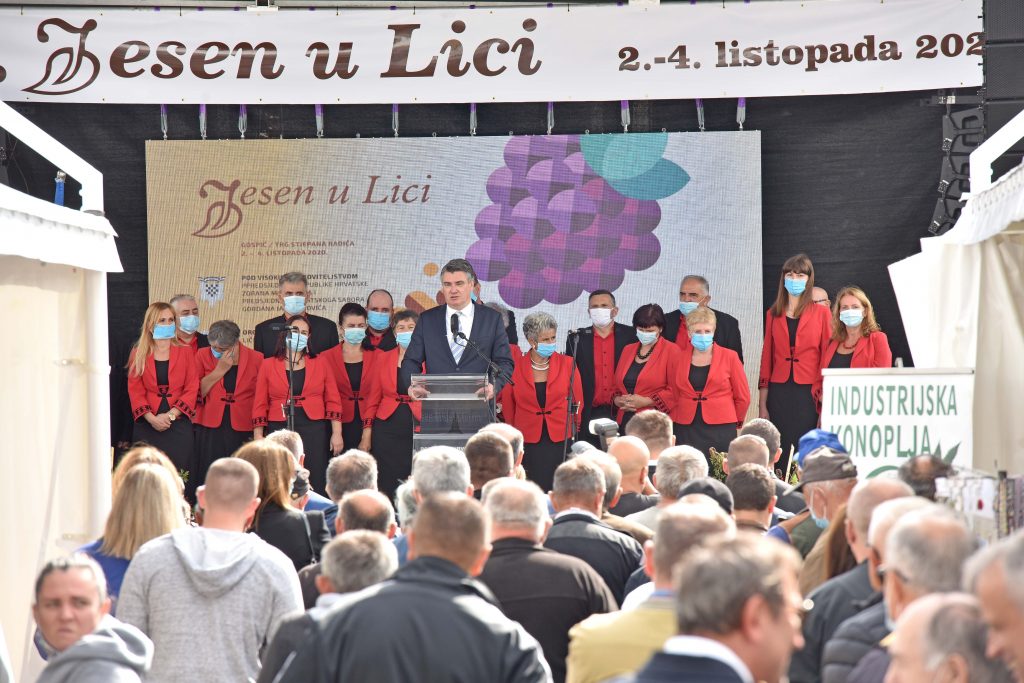 ZAGREB, Oct 2 (Hina) – During a visit to the Lika region on Friday President Zoran Milanovic opened the 22nd Autumn in Lika commercial tourism event and said that Lika-Senj County has beautiful and rich land, unbelievable resources, wishing its residents wealthy lives and for everyone to be envious of them.

Recalling his own family roots which are partly from Lika, Milanovic said that the fact that this large county has only 50,000 residents “is not a drama or a call for alarm,” but that they should be able to use their resources and live a nice and rich life.

“The food you offer and sell has quality and means living and earning. Your potatoes are produced in all of Europe and are excellent. It is not valued enough as a product on the market and should be more expensive. That needs intelligence, assertiveness, boldness and stubbornness and then success isn’t far at all,” he said. 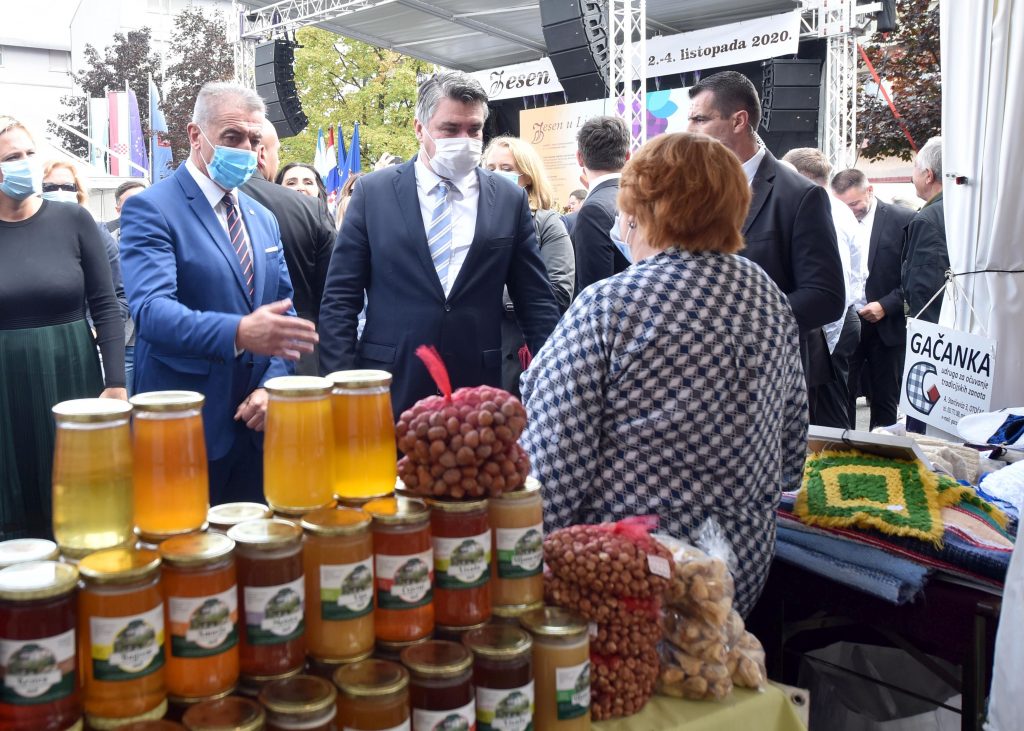 He added that picky people are no longer choosing the Alps for their recreation but Lika and the area around Gospic and Otocac.

“Important things are happening here. You have all the preconditions to be competitive and that these 50,000 people live in wealth and for themselves and not like my ancestors for Austria or some other army. Keep your own. That need not be narrow-minded or nationalistic, but open,” he said addressing exhibitors, describing their products as the “window to the world and a bag of money.” 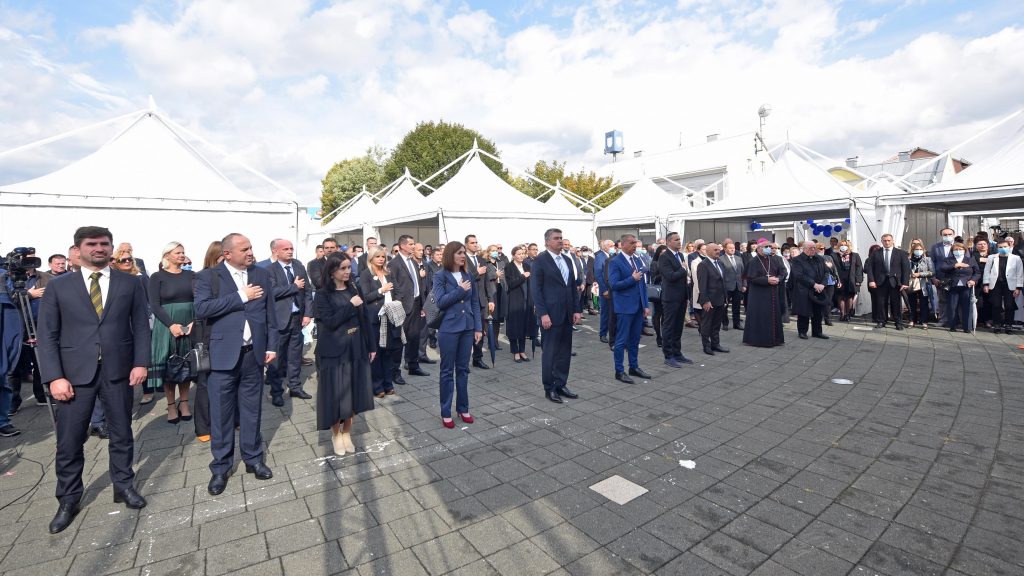 Despite unfavourable conditions agriculture has increased by 3.9%

Listing various incentives, Agriculture Minister Marija Vuckovic said that investment funds were improving from tender to tender and the money invested was becoming more and more effective,  adding that despite the unfavourable circumstances Croatia’s agriculture had increased by 3.9%. 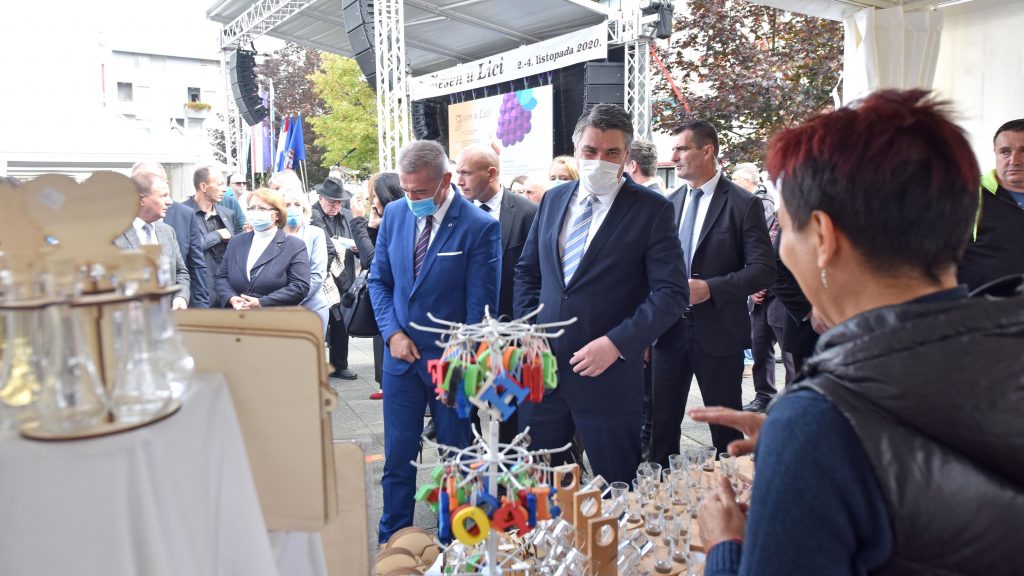 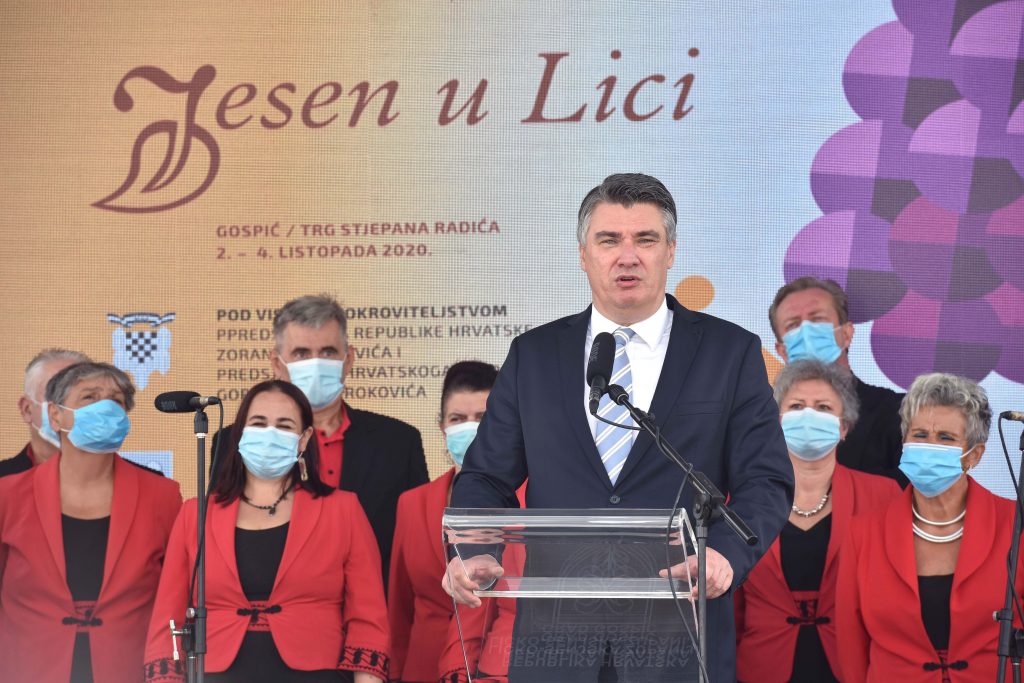 Autumn in Lika, which closes on 4 October, “Autumn in Lika” is a significant event for Lika-Senj County. The exhibition presents the identity of the region, all that is recognizable and characteristic for the region and its people working closely with nature.

The aim of the exhibition is to let the public know of the production potential of small farmers, small entrepreneurs, and all those enthusiasts who care for and produce various nutritional and decorative products in their homes. Thus they keep the tradition going and develop it into a cultural and tourist manifestation.

It is an opportunity for networking and meeting new people, exchanging knowledge and experience. In this authentic atmosphere, it is possible to hear original Lika region folk songs, taste, and buy some of the traditional products.