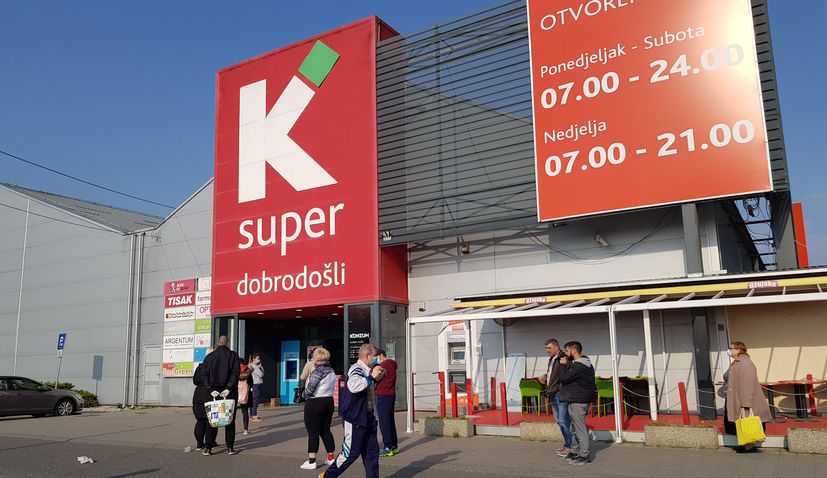 ZAGREB, Dec 16 (Hina) – Pre-Christmas consumption in Croatia could this December decline by as much as 20% compared to December 2019, the head of the Croatian Chamber of Commerce’s (HGK) retail sector, Tomislava Ravlic, said on Wednesday.

“According to HGK’s first estimates, we will spend up to 20% less than in December 2019, when consumption totalled HRK 15.8 billion,” Ravlic said.

According to her, the total drop in retail turnover this year compared to last year will be between 7 and 9%.

She underscored that consumer habits were changing, so online shopping in the first ten months of this year rose by 12%.

She called on consumers to choose local products when doing their holiday shopping.

According to the president of the HGK’s retail association, Ivica Katavic, the retail sector started experiencing problems at the start of the pandemic, causing panicked shopping in March, followed by the lockdown and then recovery in the summer, and turnover in October was only 2.5% down compared to last year. However, there was a resurgence of the pandemic in November and a partial lockdown in December.

In December, “there won’t be a disaster” in retail, Katavic said, and the decline will be between 10 and 20%, depending on the type of shop and its location.

“The most important thing is to protect the health of customers and retailers and comply with the civil protection authority’s measures,” Katavic said.

According to him, the vaccine brings optimism and he urged citizens to get vaccinated as soon as possible.

The latest data by the national statistical office (DZS) show that retail consumption in Croatia in October 2020 dropped by 2.5% compared to October 2019. That was the eighth consecutive month of consumption decreasing on the year, but the decline was lower compared to the 7.3% drop in September and it was the lowest decline since March.

In the first ten months of 2020, retail turnover was down by 6.5% in real terms compared to the corresponding period of last year.