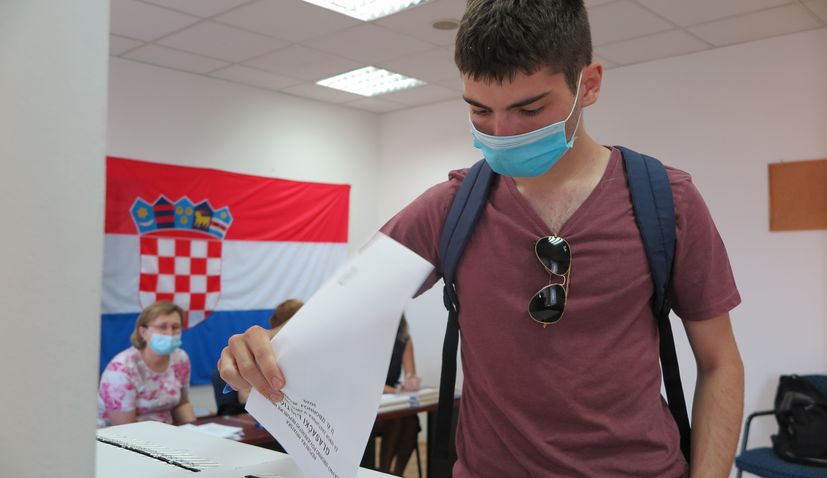 There has been a lower turnout than in the last elections (Photo: HINA/ Velimir ILIĆ/ ml)

ZAGREB, July 5 (Hina) – Polling stations throughout Croatia closed at 7 p.m on Sunday after Croatians cast their ballots for the 10th national legislature, and the first incomplete results are likely to be announced by the State Electoral Commission (DIP) about 9 p.m.

The voting for the new 151-seat legislature was held in demanding conditions due to the COVID-19 epidemic.

According to turnout data released by DIP on Sunday afternoon, 34.04% of eligible voters went to the polls by 4.30 p.m., which was lower than the corresponding turnout of 37.2% in the September 2016 parliamentary elections.

Out-of-country voting has been organised for expat communities in 42 countries. The last polling stations abroad which will be closed are in Canada, Chicago and Los Angeles due to different time zones.

In Bosnia and Herzegovina, the turnout seems to be higher than in 2016. By 4.30 p.m. four thousand more voters turned out at polling stations in that country in comparison to 2016.