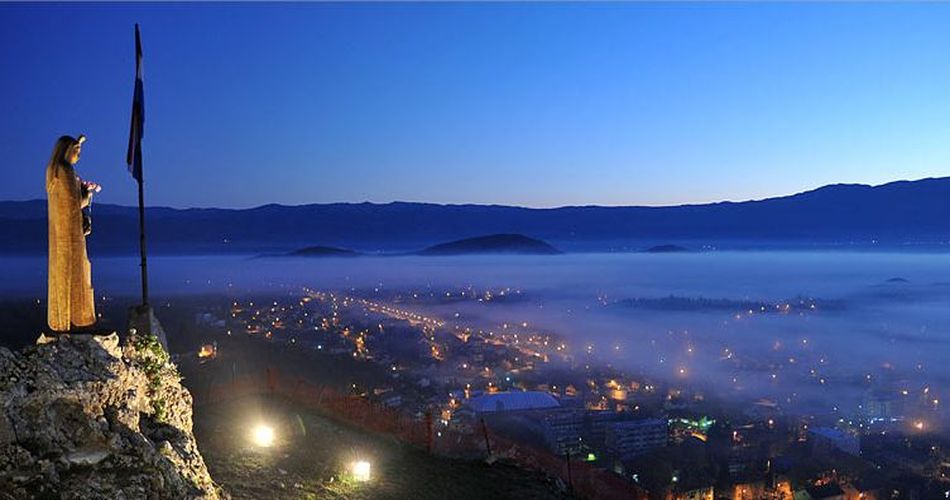 ZAGREB, June 8 (Hina) – A project is to be launched for restoring a 148-kilometre-long pilgrimage route to Our Lady of Sinj, passing through several towns, starting from the Marian shrine in southern Croatian town of Sinj and ending in the town of Rama in southwestern Bosnia and Herzegovina.

The route includes the Dalmatian towns of Solin and Sinj as well as Bosnia and Herzegovina’s towns: Livno, Tomislavgrad, and Rama, the deputy county head of Split-Dalmatia, Luka Brcic said on Monday in Sinj.

The Path to Our Lady of Sinj is a road pilgrims have used for centuries to walk from several directions to the largest Marian shrine in the area of south Croatia.

Every year before the Feast of the Assumption of Mary, in the nights between August 8 and 15, thousands of worshippers set off on the pilgrimage to the town of Sinj, and the central religious celebration takes place on August 15. Pilgrims come from several directions, and the majority from the town of Solin, south of Sinj, and from Bosnia and Herzegovina, north of Sinj. The Marian shrine in Sinj is the centre of the pilgrimage and the place where the painting of the Miraculous Our Lady of Sinj is kept.

The Image of the Miraculous Madonna of Sinj was brought from Rama to Sinj in 1687 by the Franciscans who fled from the Turks.

The project of restoring and upgrading the Path to Our Lady of Sinj was launched by the Split-Dalmacija County in cooperation with the Shrine of the Miraculous Our Lady of Sinj, the Croatian Mountain Rescue Service (HGSS), the county’s Tourist Board, the towns of Sinj, Solin, the municipalities of Dicmo, Dugopolje, and Klis, and the Sinj, Solin, Dugopolje, and Klis Tourist Boards.

“This year we have secured HRK 200,000 (around €26,500) for the section from Solin to Dicmo, and we will provide further financing to the project if necessary. The project is a good symbiosis of religious, identity, culture, and tourism segments. It is an addition to the story of the sun and the sea, it provides additional content to our tourism strategy and it is our goal that the path would become active the whole year round,” deputy county head Brcic stated.

The Mayor of Sinj, Kristina Krizanac, stated that the restoration of the Path to Our Lady of Sinj would be an important part of the Sinj tourism strategy.