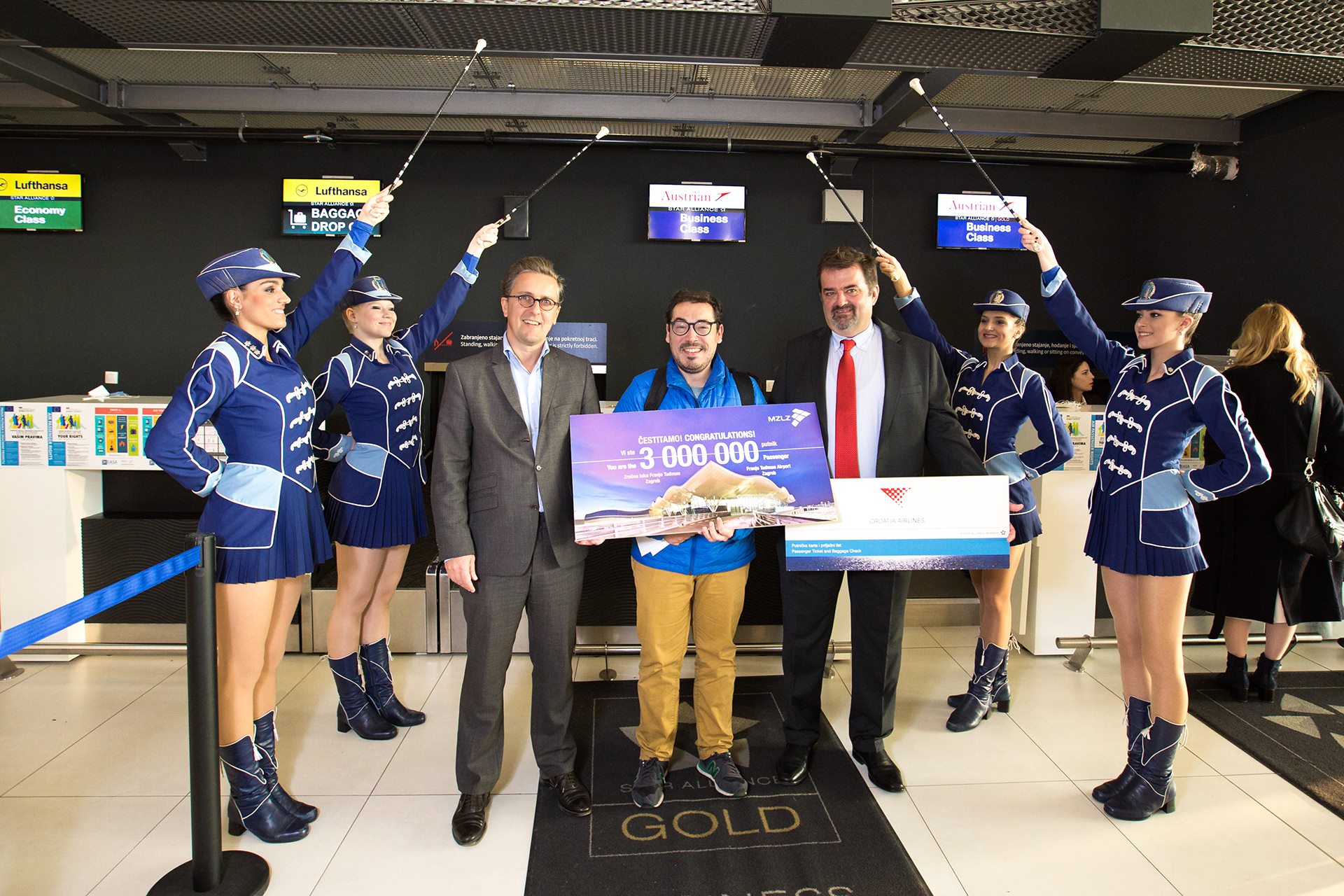 Zagreb Airport has welcomed its three-millionth passenger in 2018.

Last year Zagreb Airport reached the three million passenger milestone in a year for the first time on 19 December. This year it reached the mark 34 days earlier.

The lucky passenger was Jesus Romero who was registered on the Croatia Airlines flight OU470 Zagreb – Paris, the airport reported.

A special ceremony was organised at the Check-in area, where representatives of the airport and Croatia Airlines presented the surprised passenger with a gift card and two return tickets to a European destination of his choice. 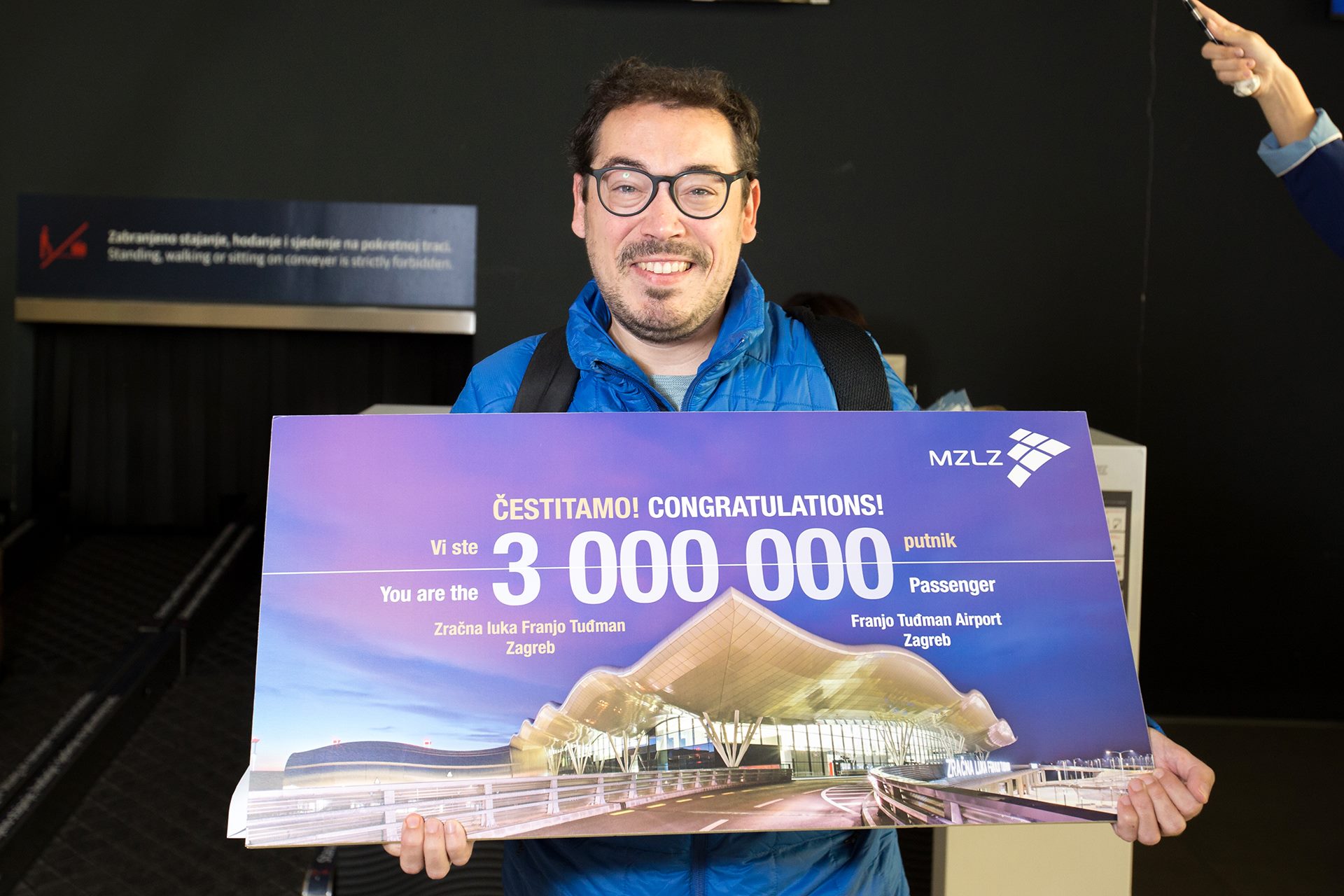 Zagreb Airport has its busiest October on record when it handled 318,074 passengers during the month, this was an increase of 6.9% from the same month last year. 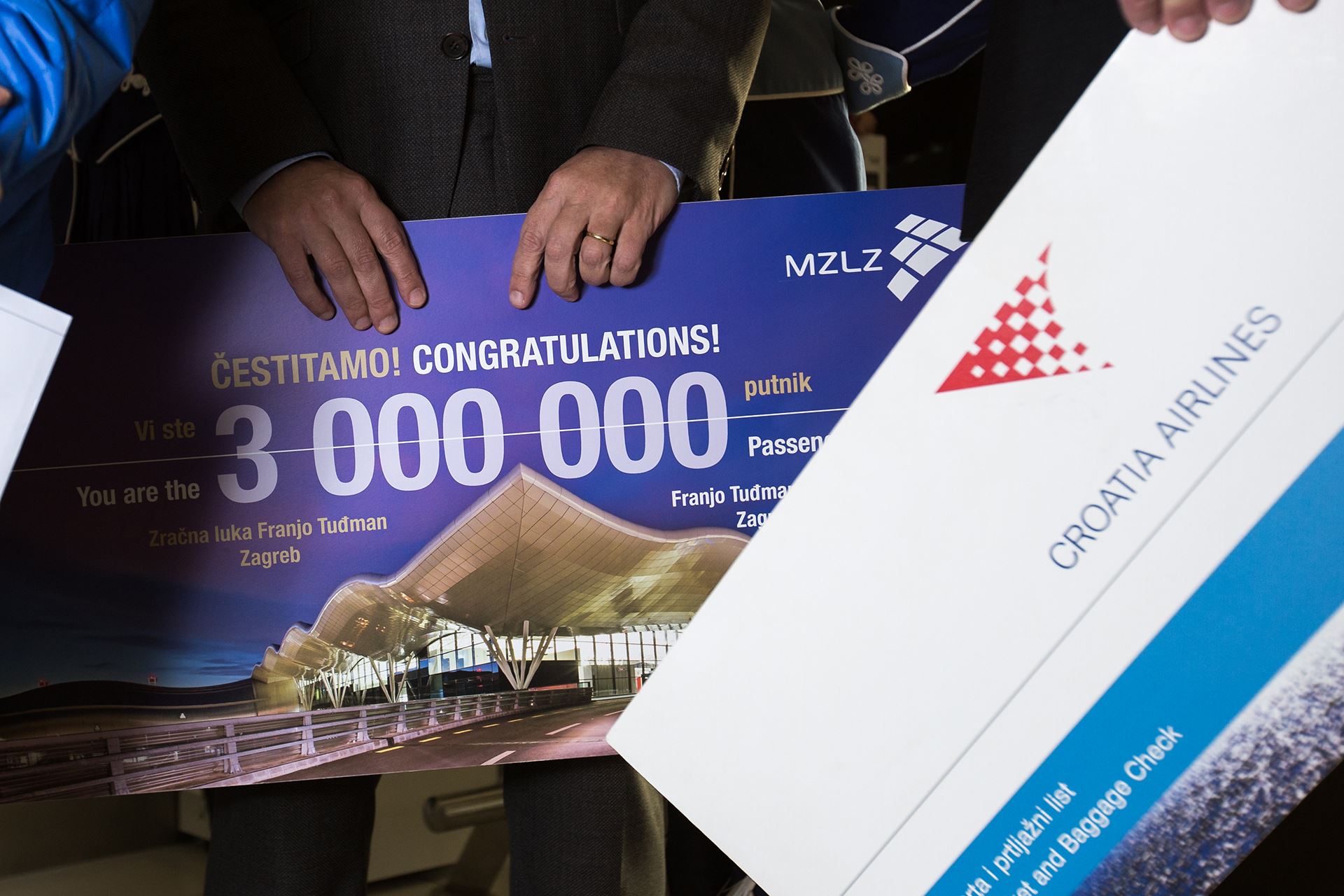 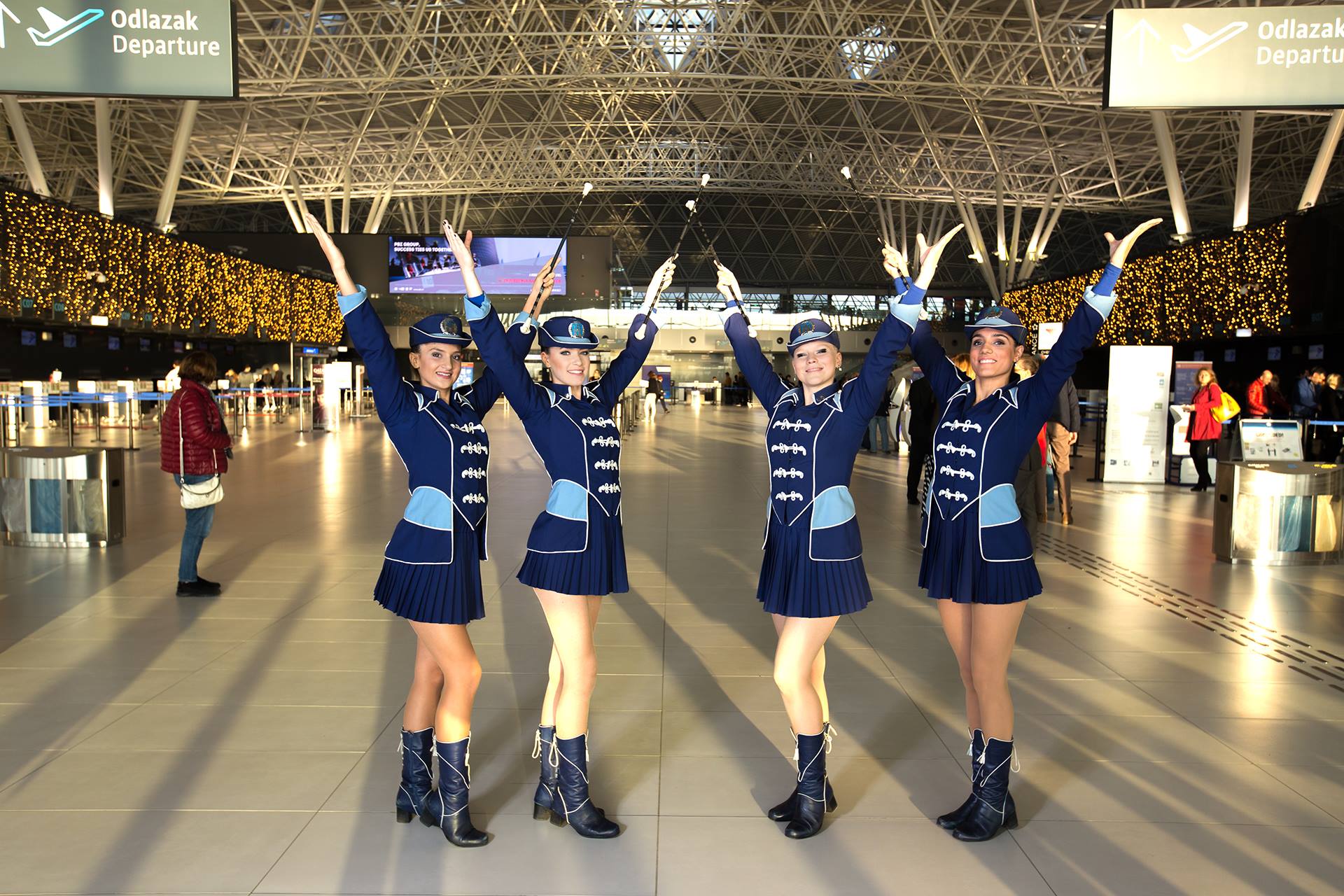