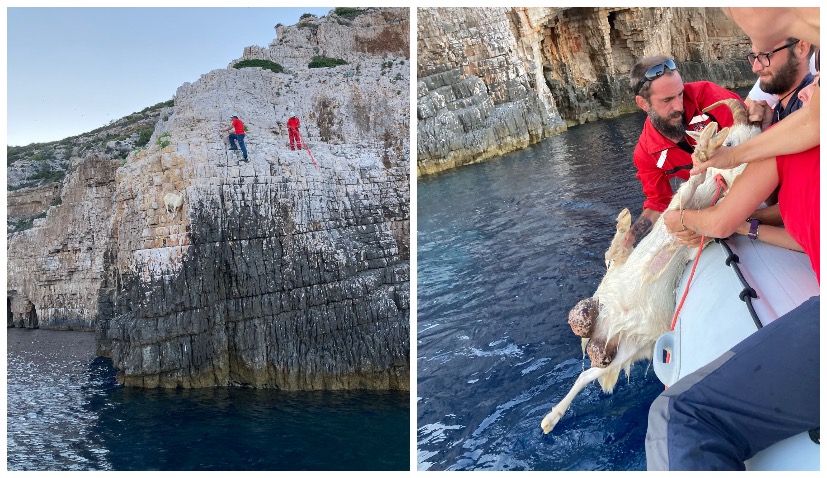 The Split station of the Croatian Mountain Rescue Service (HGSS) had to deal with an unusual intervention this week on the island of Vis.

Usually dealing with lost or distressed hikes, the duty team received several calls earlier this week about a goat that got stuck on a cliff above the sea on the island of Vis.

“As there is an attractive cave nearby which is visited by a large number of tourists, people were worried about the unfortunate goat and alerted rescuers,” HGSS Split said.

After a brief search for the exact location, as calls were made sighting several different places, members of the Vis branch arrived by boat at the foot of the cliff where the goat was. “A veterinarian on the mainland was also contacted and concluded that the goat will not survive if it stays on the cliff, and that it is not able to climb alone due to the young age,” HGSS Split added. 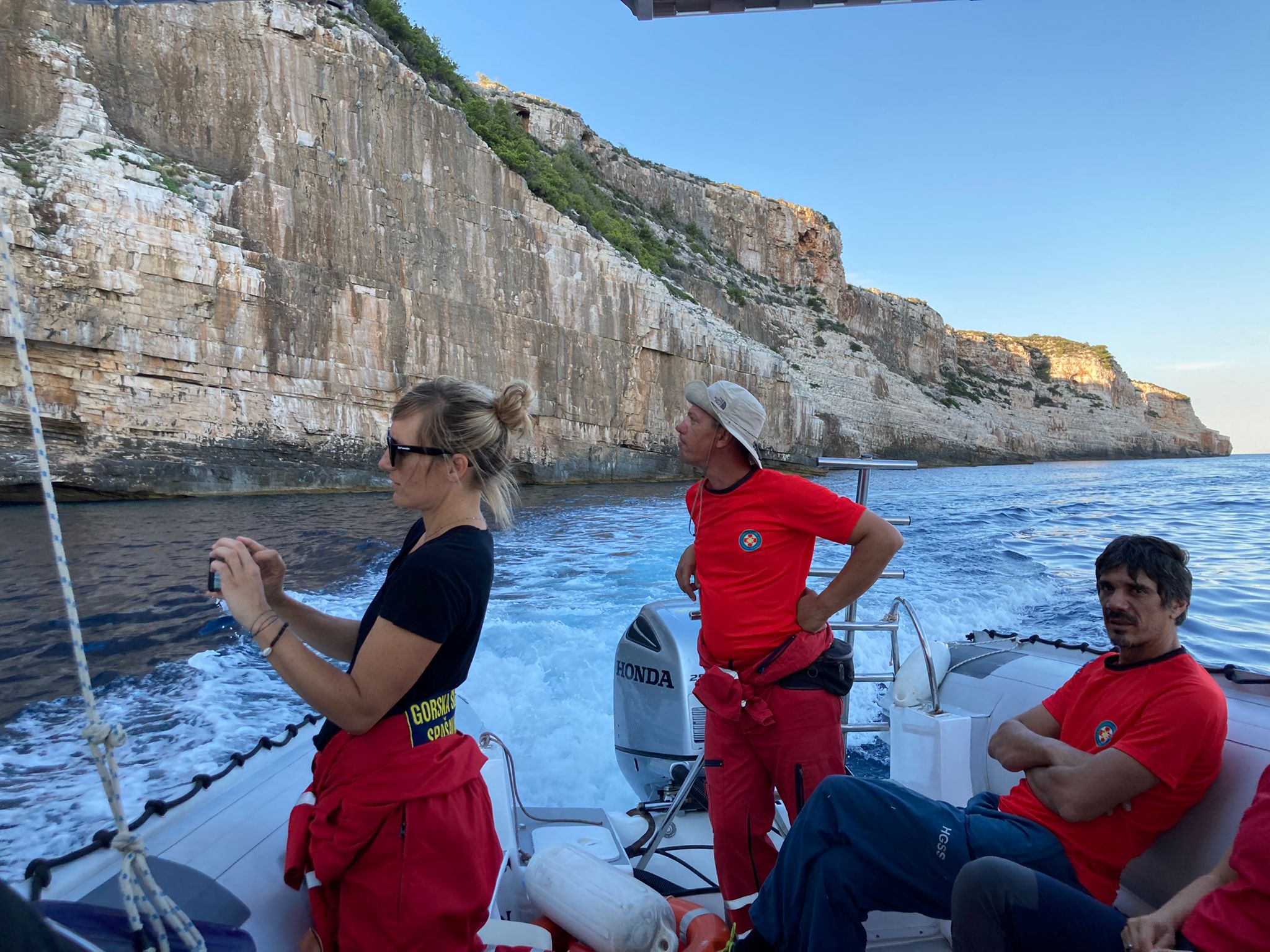 Two rescuers then preceded to climb the rock, pushed the goat into the sea, and it was then pulled aboard and rescued. 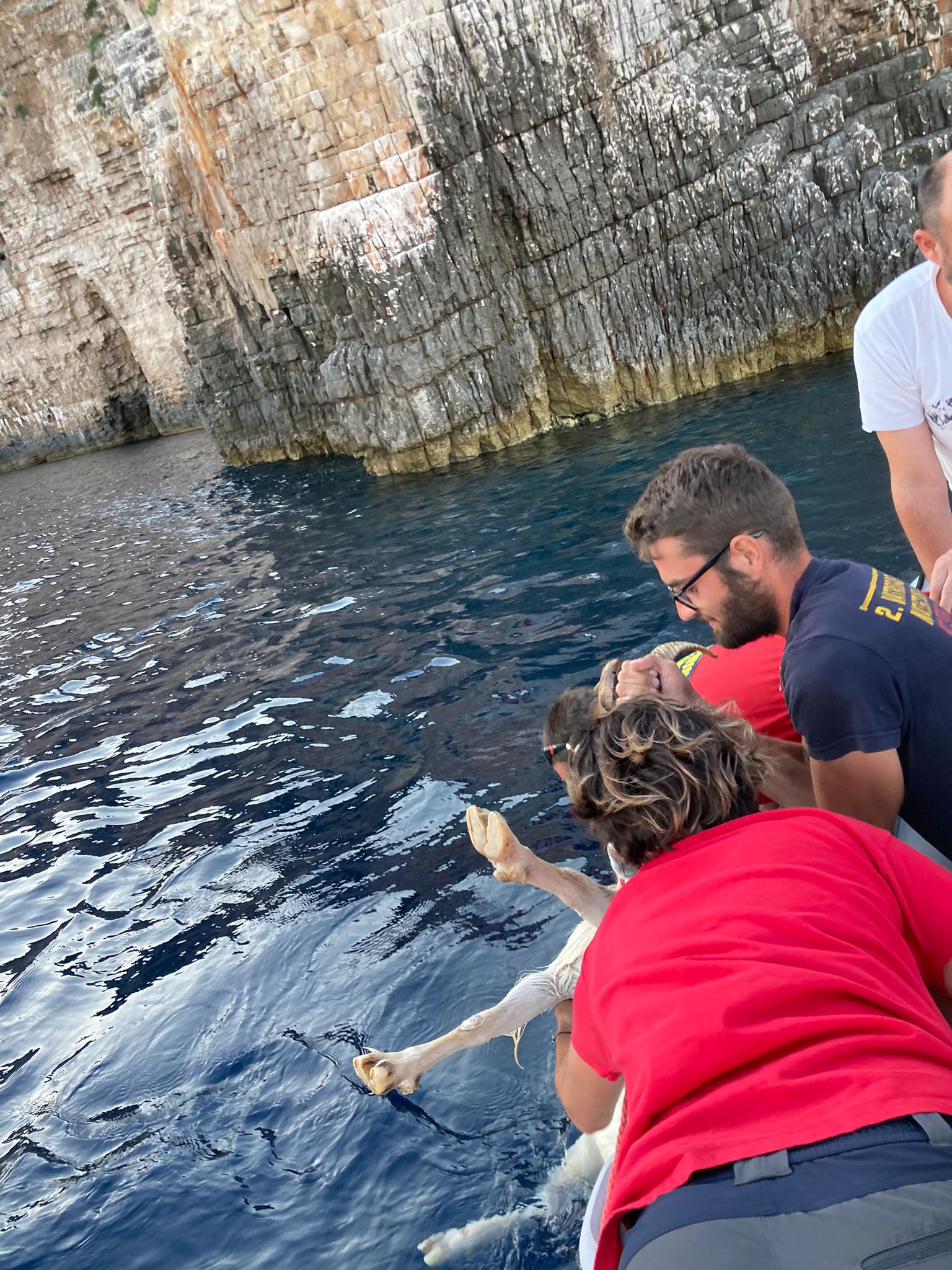 “The goat has been taken in by a local family farm because unfortunately there are no veterinarians on the island. Three members of the Split station and six members of the Vis branch took part in the action,” HGSS Split concluded.