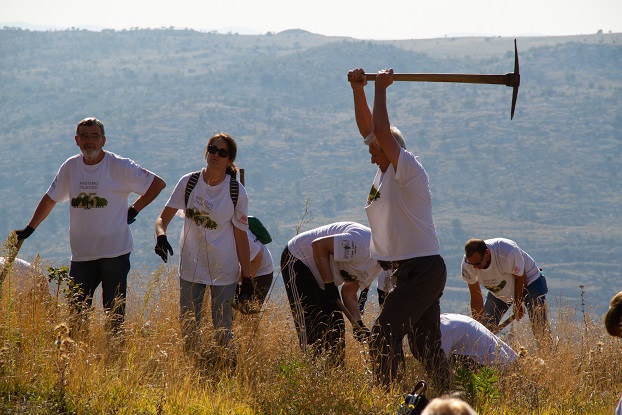 Over 1200 volunteers from various parts of Croatia gathered in Gornje Sitno  under Mosor mountain in the Split region, which was devastated by fires in 2017, to plant trees.

Preporod Union part of the big action on the weekend

Around 30 employees of Raiffeisen Bank, the main sponsor of the Boranka campaign and volunteers from Atos participated in the action. Employees from the agency Imago Ogilvy, who designed the Boranka campaign which has already won numerous national and world awards, also helped out. 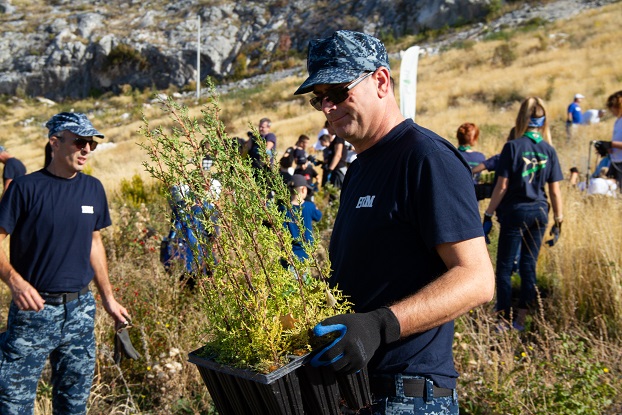 Members of the Croatian Navy

The Boranka campaign has been formally supported by the Embassy of Canada from the beginning, and the Canadian Ambassador, HE Mr Alan Bowman joined the action on Saturday with his family. Ambassador Bowman also brought with him representatives of the Canadian company Viking Air, the makers of the world-famous Canadair firefighters, to the afforestation action. Viking air was represented by company executives, Mr. Ben Carson and Mr. Mark Dodd.

“The issue of environmental protection and conservation of forests and nature is one of Canada’s top priorities. We are extremely pleased to be able to participate in and support such a laudable action in Croatia. We are also pleased that Canadian technology, in the form of Canadair type firefighting aircraft, helps to protect against fires,” said Ambassador Bowman. 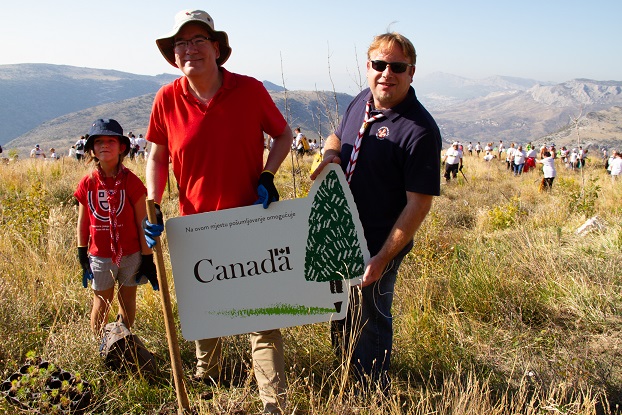 This year’s special partner in the Boranka Campaign is the Preporod Union, and more than 300 teachers and union trustees from across Croatia joined the action on Saturday, diligently planting new trees on the slopes of Mosor. This year, the Preporod Union celebrates its 25th anniversary and they made it possible to plant 9,000 trees for its 9,000 members.

The Scout Choir were in charge of organising and welcoming all volunteers this weekend.

“A nicer and healthier environment is our common legacy for future generations. The Scouts of Split will continue to be available to their community, and to all who have participated in this great undertaking so far, thank you even more. We embrace nature with more and more “small” hands,” says Edi Perić, president of the Split Scout Choir.

The action this weekend was organised by Scouts Croatia, the Scout Choir of Split, Croatian Forestry Society, Croatian Mountain Rescue Service, Civil Protection Directorate and the City of Split. The Boranka action will continue on 9-10 November in Kožino near Zadar on the Dalmatian coast.