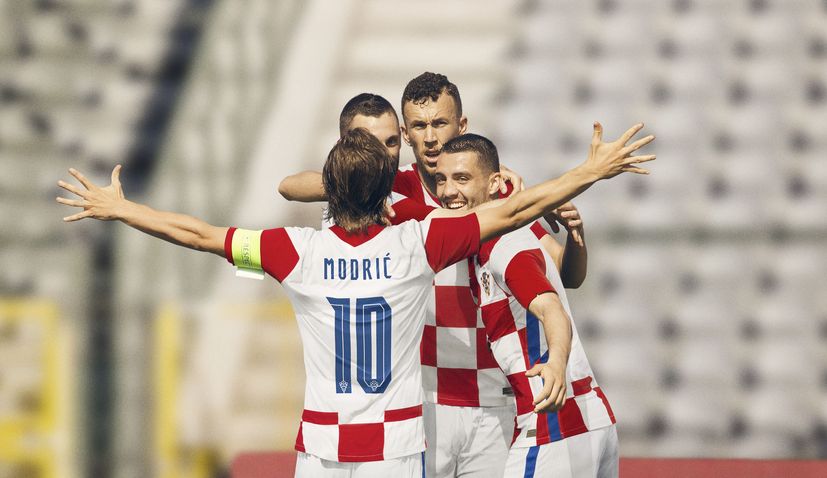 After much speculation, Nike and the Croatian Football Federation (HNS) have officially unveiled the new kit on Tuesday.

The new Croatia home kit, which the team will debut in the Nations League and wear at EURO 2020 next summer, does not differ too much from the kit made famous at the 2018 World Cup in Russia.

The big, bold checkers remain but now they also feature on the sleeves. The squad number is ensconced inside the central panel of the design and bright blue stripes dart down the sides of the torso. 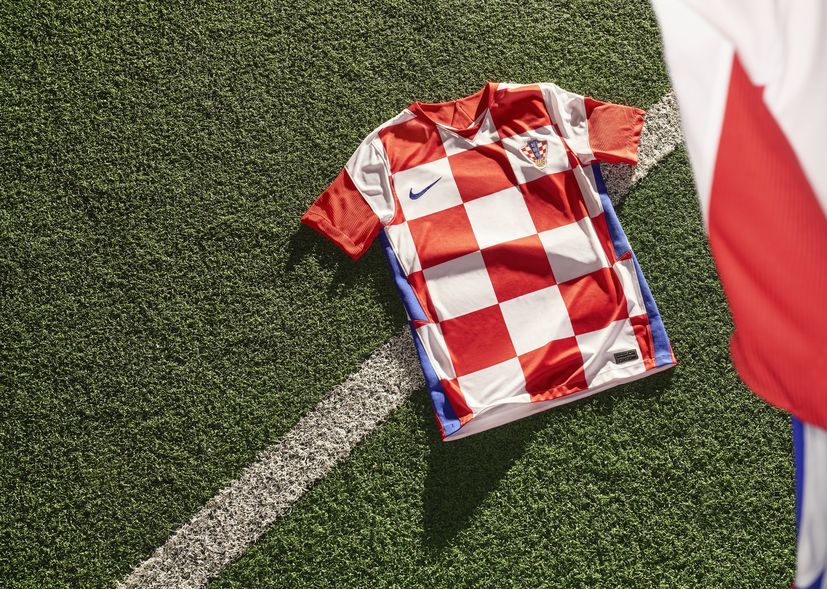 “Croatia is always a really inspiring federation for Nike because of the power of their identity,” says Scott Munson, VP, Nike Football Apparel. “The new 2020 home kit is true to Croatian football heritage, while the away is another very cool interpretation of Croatian design for the players and supporters.”

The words “Hrvatska Vatreni” (Croatia Blazers) are printed inside the shirt as an inner pride feature, and the look is completed by white shorts and red socks. That phrase appears again on the team’s pre-match top, a futuristic two-tone blue design that boasts a distorted check pattern.

The dark away kit features an abstract black and anthracite checkerboard aesthetic that spreads across the shirt and appears on the socks. 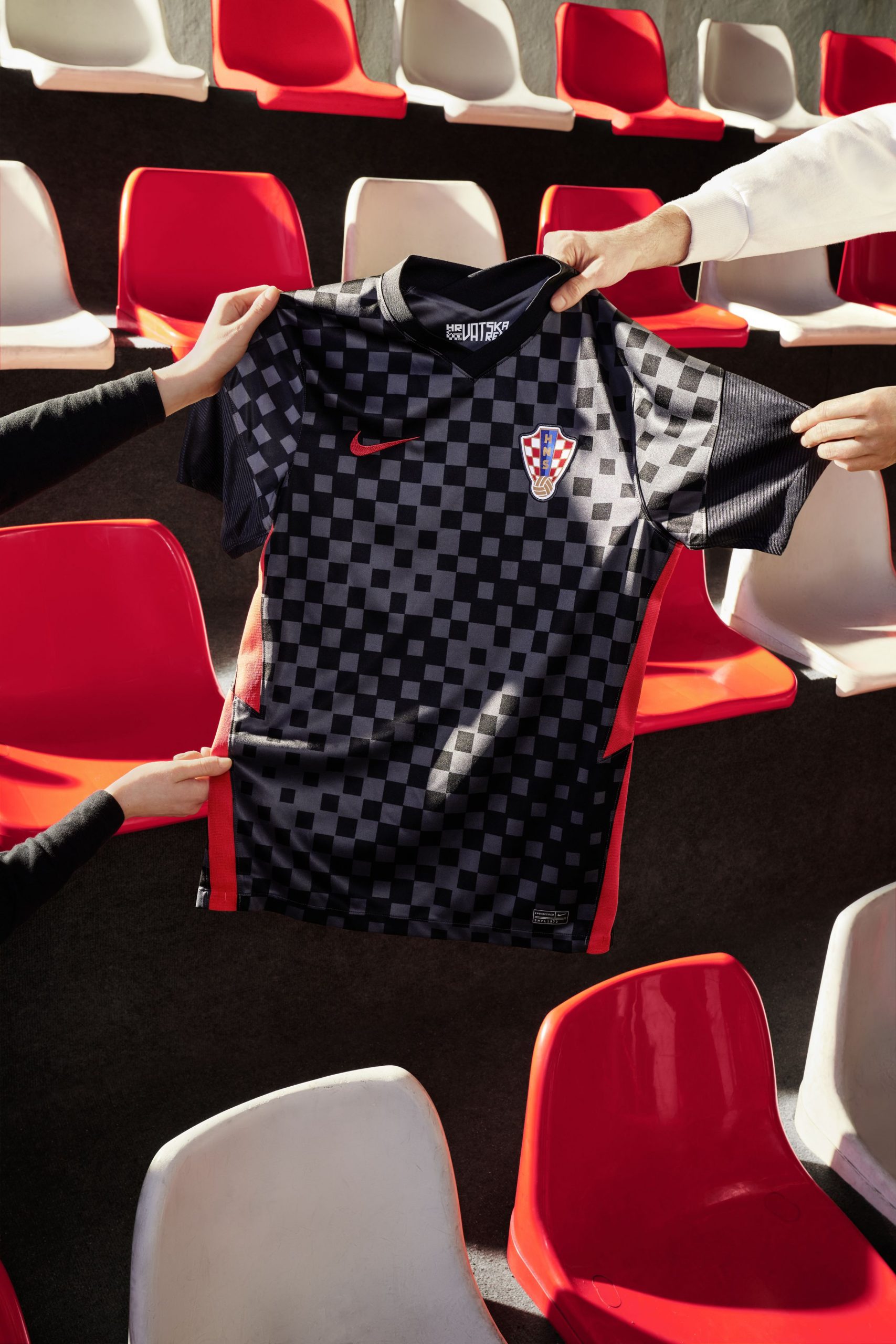 “I like the new kits, I think they suit us very well,” says captain Luka Modric. “The home is like a classic shirt but given a modern update. The checks are the size I remember from when I was younger. The away is new and exciting, something we have not had before.”

The Croatia home and away kits are available at nike.com September 1; the full collection is available at Nike and partner retail stores on September 4.