SPLIT, 13 February 2021 – Croatian football club Hajduk Split, which has a cult following in Dalmatia and also around the world in Croatian communities, celebrates its 110th birthday today.

Hajduk Split was founded by a group of students from Split in a pub in Prague, then part of the Austro-Hungarian Empire. They went to the pub following a match between AC Sparta and SK Slavia and decided it was time their own town of Split founded a professional club. 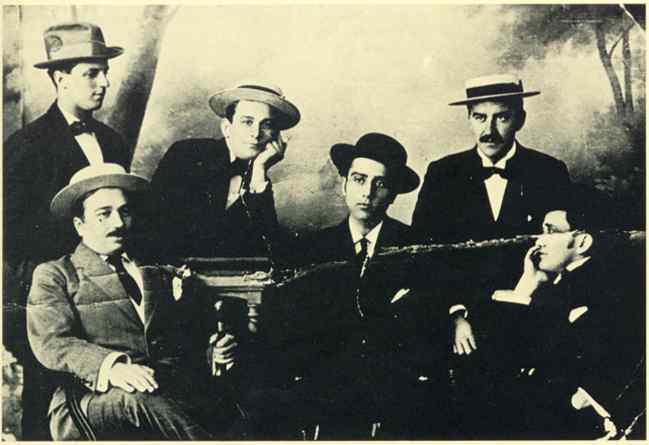 While trying to come up with a name for the club, the students went to an old teacher Josip Barač for advice, and according to accounts, he told them to take the name “Hajduk” which symbolized “that which is best in our people: bravery, humanity, friendship, love of freedom, defiance to powers, and protection of the weak. Be worthy of that great name.”

To mark the occasion, the club and its sponsor Macron have unveiled today a new special gold kit that celebrates the history and identity of the  club.

“The special 110-year shirt is all golden, with golden crew neck. The back-neck’s personalisation is a tribute to the club’s birthday, featuring the crest and the mark of the years 1911-2021. On the front of the shirt, there are three golden tone on tone vertical bands with thin diagonal lines. A silicone printed black Macron Hero, the logo of the Italian brand, occupies the right chest, thus leaving the left, heart side, for the Hajduk Split crest. A customised tape runs along the bottom of the shirt with a repeated club motto „HAJDUK ŽIVI VJEČNO“ (Hajduk lives forever). An acronym of the motto, „HŽV“, also appears in embossed graphic, tone on tone, on the back collar,” Hajduk.hr explained. 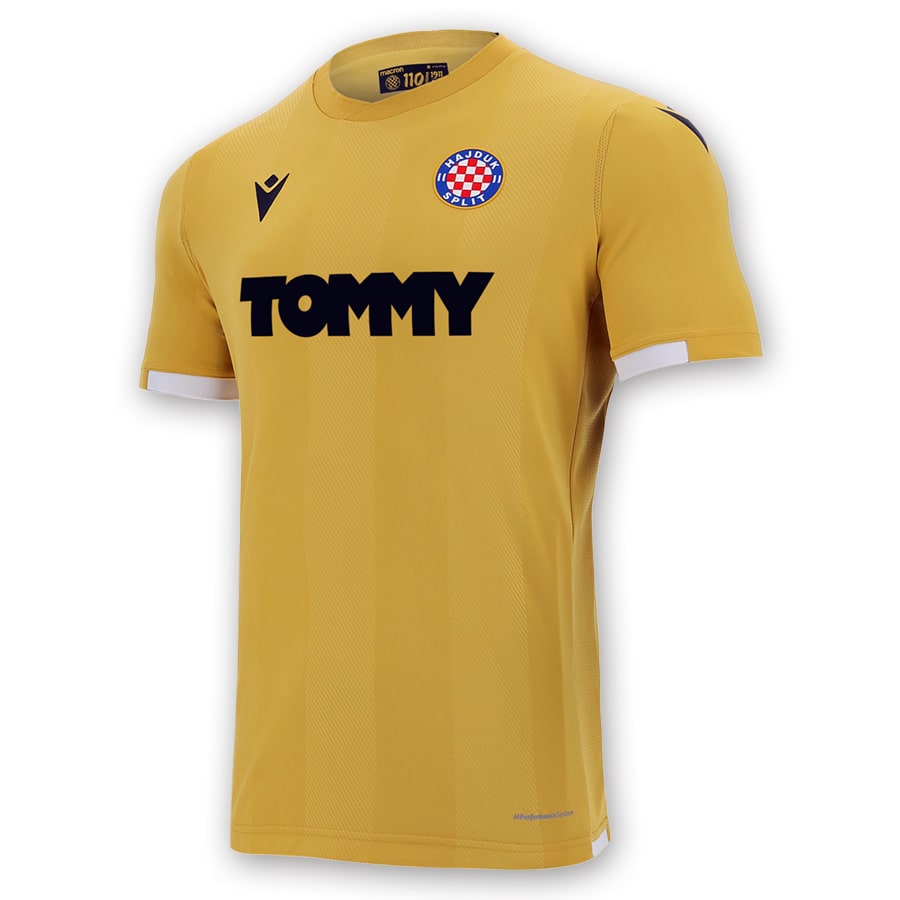 The special anniversary kit features golden shorts white drawstrings and golden socks featuring a white upper band, the Macron Hero on the front, and the acronym „hžv“ on the back.

Hajduk Split have won 18 league titles and 20 domestic cups over their history. In the 1994-5 season of the UEFA Champions League, they famously advanced through to the quarterfinals.