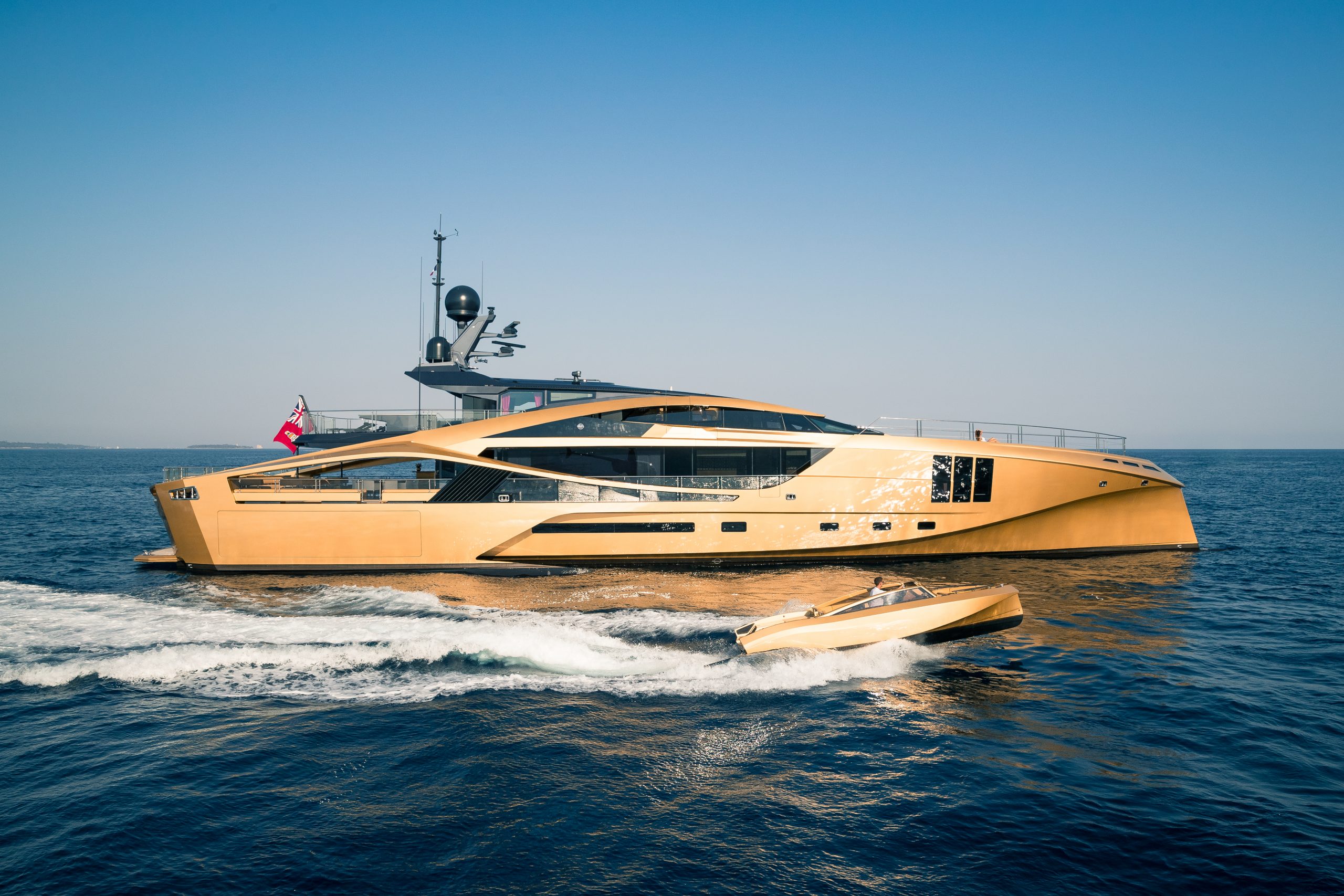 21 July 2020 – A striking gold-coloured superyacht has been turning heads on the southern Croatian coast.

The luxury 48-metre Khalilah was spotted this weekend anchored near Dubrovnik. It is not known who is onboard the yacht.

The yacht is listed for sale for over €28 million and can be rented from 235,000 euros a week. 11 guests can sleep on board and it can accommodate also 9 staff members.

Khalilah was launched at the Palmer Johnson shipyard in the United States in 2014 and delivered in 2015. The composite hull was built in Norway.

Both the interior and exterior design of Khalilah were done by an in house team of Palmer Johnson.

Powered by twin 16V MTU diesel M94 engines, she has an impressive top speed of 26 knots and boasts a transatlantic range when cruising at 15 knots.

The back deck (Photo credit: SuperYachtsMonaco)