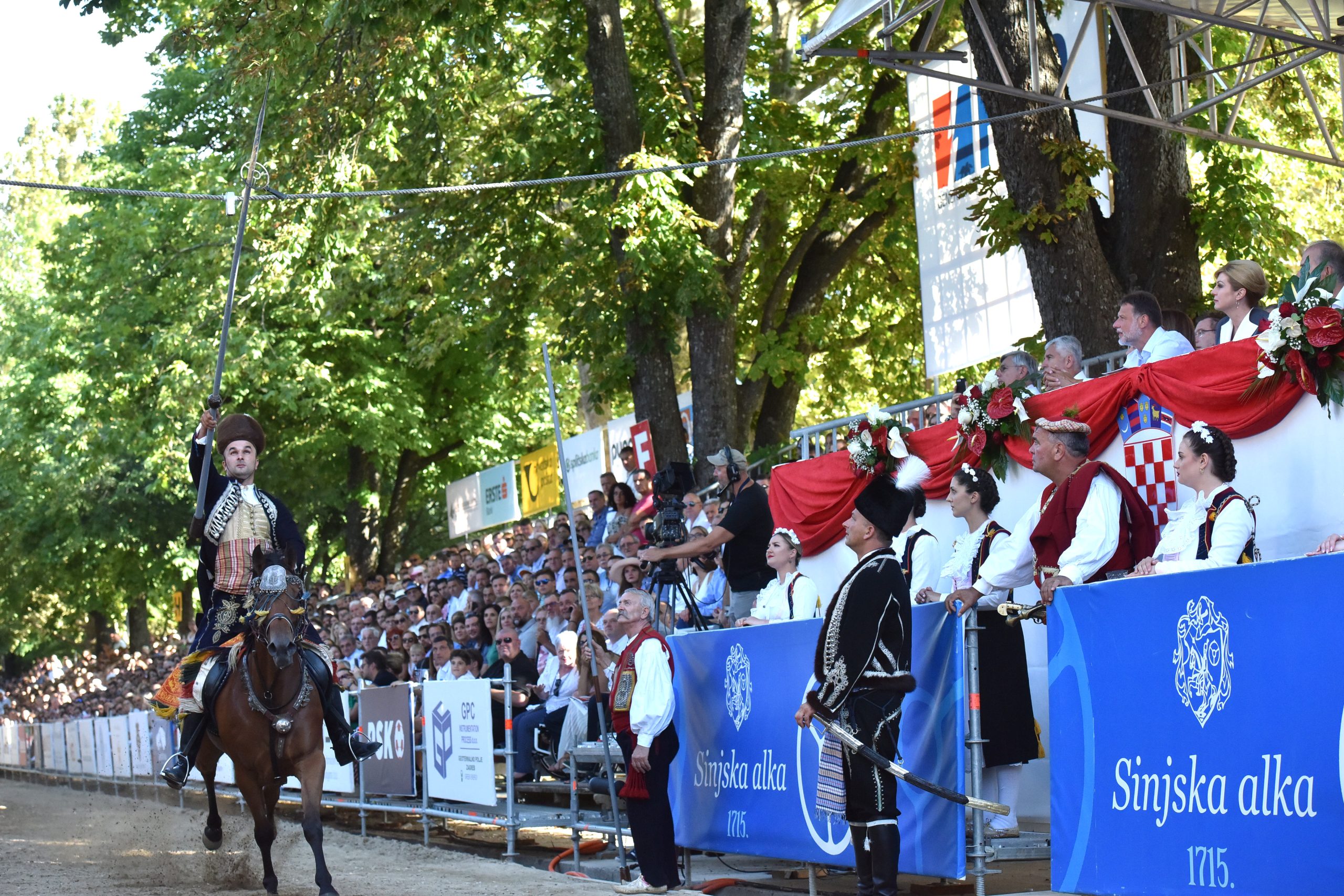 SINJ, 4 August 2019 – Alkar Frano Ivkovic from the village of Brnaze has won the 304th Sinjska Alka Knights lancing tournament, an event which has been held since 1715, on Sunday 4 August 2019 in the southern Croatian town of Sinj.

Sinjska Alka sees horsemen attempt to aim their lances at a hanging metal ring, known as the Alka, at full gallop. The ring, or Alka, consists of two concentric iron circles joined by three bars so that the distance between the circles is divided into three equal parts. The central circle, which is the smallest one, is worth three points (punat), the upper field two points, and two lower fields one point each. 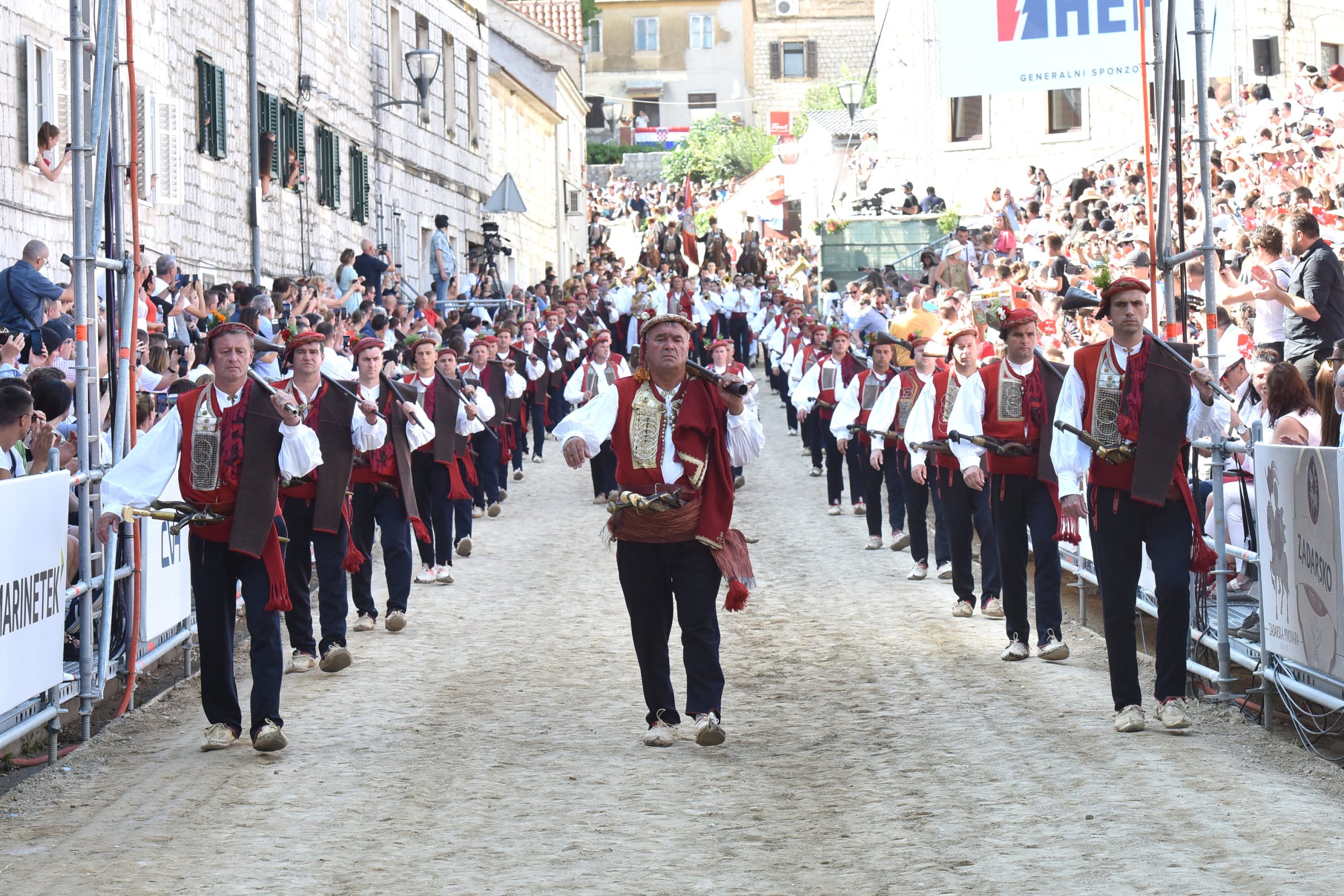 Ivkovic won with a total of 7 points, one ahead of  Tino Radanovic who finished with 6 points. It was not Ivkovic’s first win, he won the 300th Sinjska Alka back in 2015.

The event on Sunday was attended by the president of Croatia, Kolinda Grabar-Kitarovic. 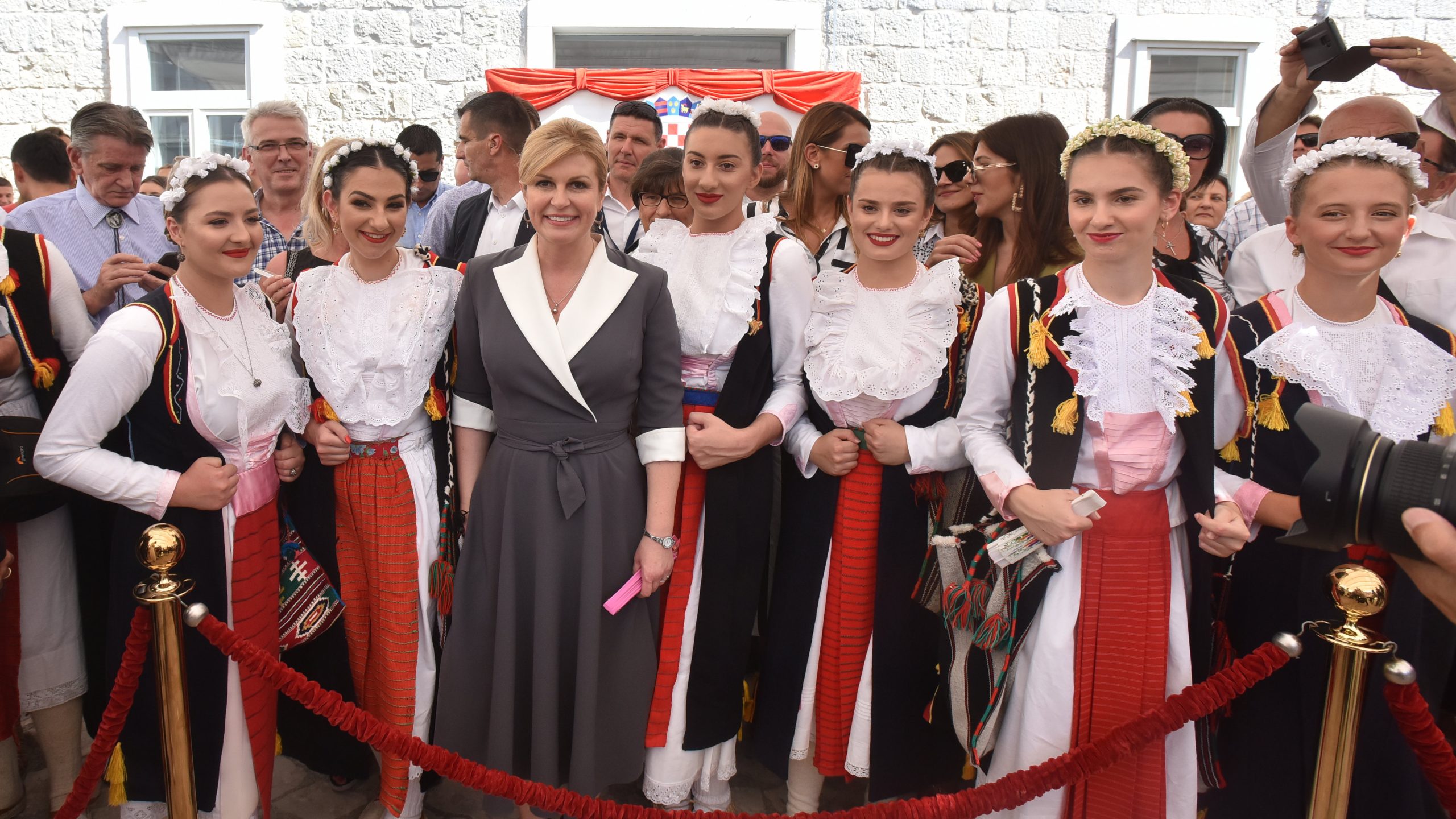 The president said that she was pleased to once again attend this year’s celebration of the 304th Sinjska Alka Knights’ Tournament, which coincides with the 24th anniversary of the military and police operation “Storm”. Although these two events are two hundred and eighty years apart, the same spirit unites them: the patriotism of the Croatian people and the bravery of the Croatian soldiers, adding that the Alka is a magnificent symbol of these values.

“Although the battle of Sinj in 1715 was not the Croatian nation’s first or last fight for survival and freedom, the recollection of it through the Alka tournament summarizes all our ethical values and spiritual virtues. These can be described by the statement that our first President Franjo Tuđman frequently made: the Croatian people always readily responded to the sacred duty of defending the homeland with faith in God’s help and in the intercession of Our Lady proudly referred to here as Our Lady of Sinj”, the Croatian President noted. 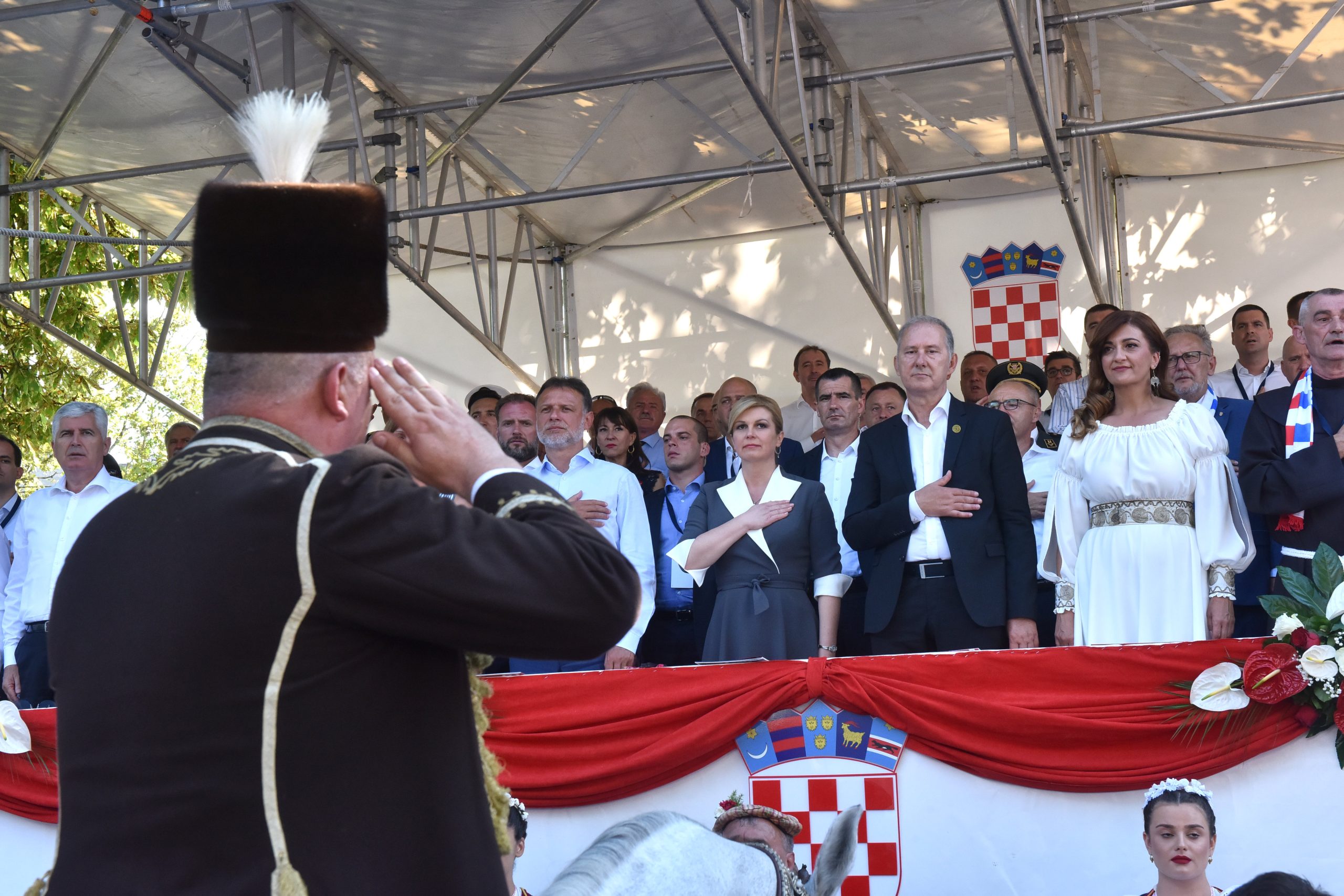 The president presented the Charter of the Republic of Croatia to the Viteško alkarsko društvo Sinj [The Sinjska Alka Knights’ Society], which was accepted by its president Stipe Jukic.

“This Charter of the Republic of Croatia is also a symbolic expression of this recognition. Thanks to the Alka knights and squires, thanks to all stakeholders of this magnificent celebration for having faithfully preserved this unique heritage of the Croats year after year. Thanks to you, the Alka has been recognized far across our State borders”, she added. 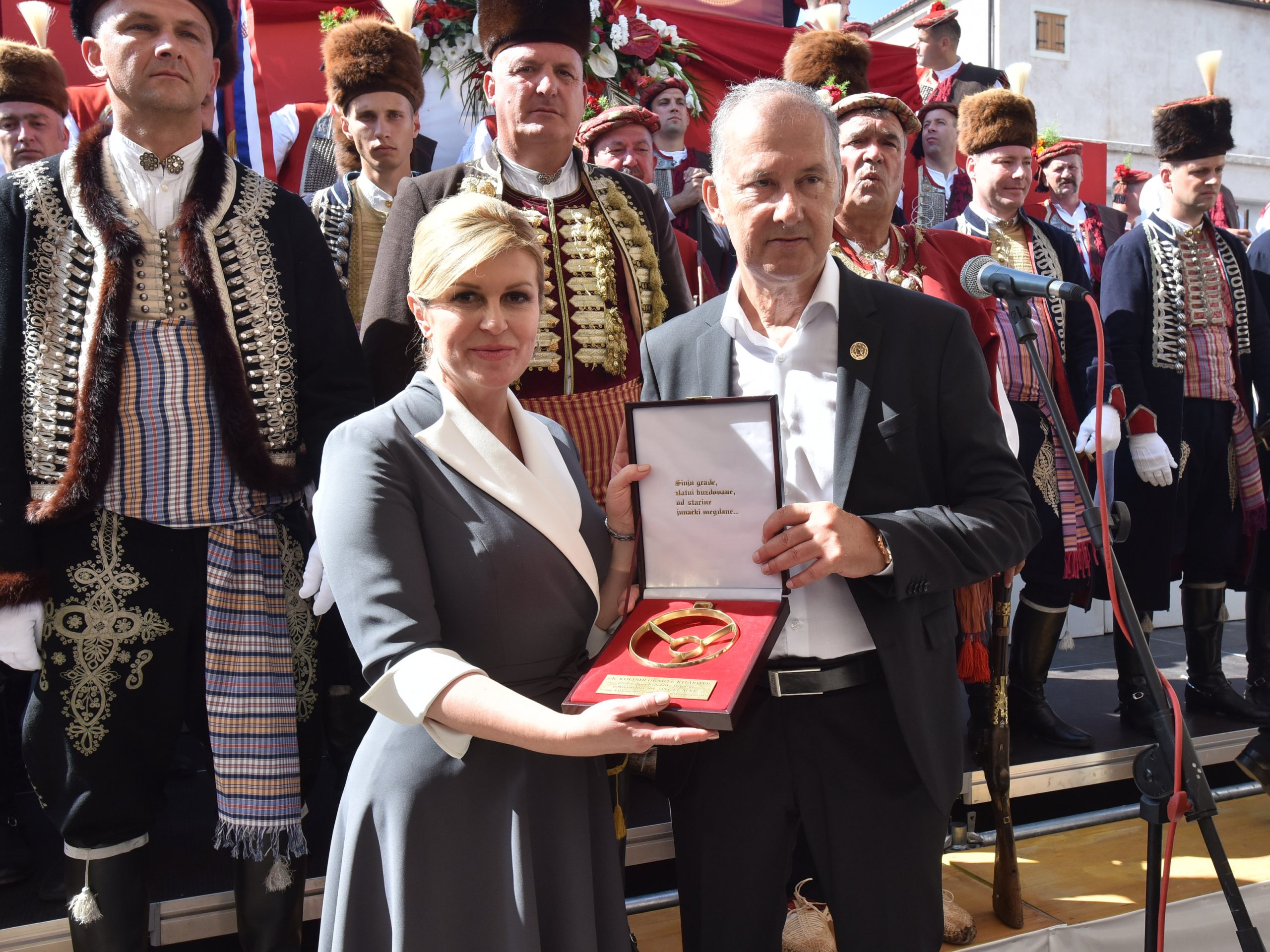 The President concluded her address by congratulating the winner and all Alkars on their chivalric fight, the Alka Duke, the members of the Sinjska Alka Knights’ Society and all those who contributed to this magnificent celebration of knighthood and patriotism.