Čobanac, or Shepherd’s stew with a spicy kick, is a specialty from the eastern Croatian region of Slavonia. It is a traditional meat stew usually prepared in a cauldron, known as a kotlić, on an open fire.

Šoštarić and 12 assisting chefs spent 9 hours on Sunday 21 August 2016 cooking up 12,500 portions of the stew to set a new world record. To make 4,650 litres of Čobanac on what is definitely one of the world’s biggest kotlićs, Šoštarić and his crew used 1,700 kilograms of meat and 300 kilos of onions. 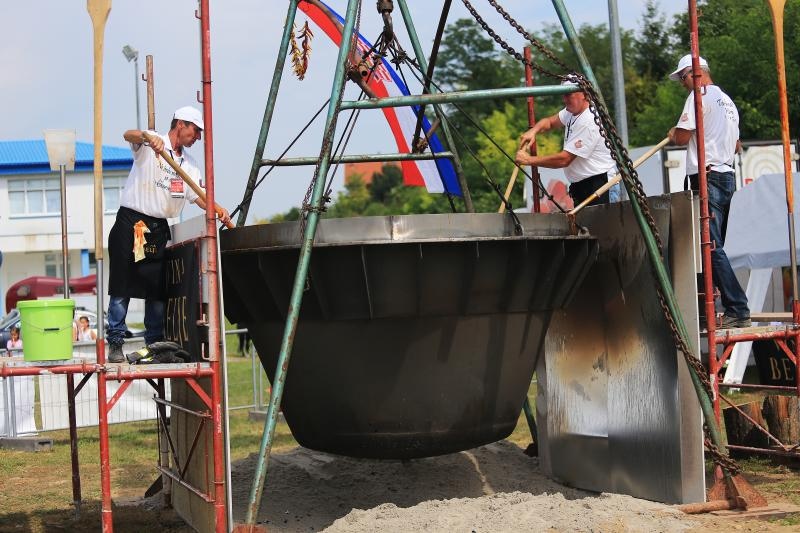 The world record attempt was made during the Tamburaski kirvaj event in Vukovar today where two judges from Guinness World Records were on hand to witness.

Denis says that the judges had strict conditions, from breath-testing all cooks to make sure none had drunk any alcohol, to checking the meat and all other ingredients which go in a Čobanac. Official confirmation of the record will announced later tonight.

In June this year the central Croatian town of Jaškovo entered the Guinness Book of Records for making the world’s longest strudel when it made a 1,479 metre strudel.