Croatia has arrived in Greece ahead of the second leg of its World Cup playoff clash against Greece at the Karaiskaki Stadium in Piraeus tomorrow night.

The squad touched down in Greece on Saturday just after 12:30 pm. 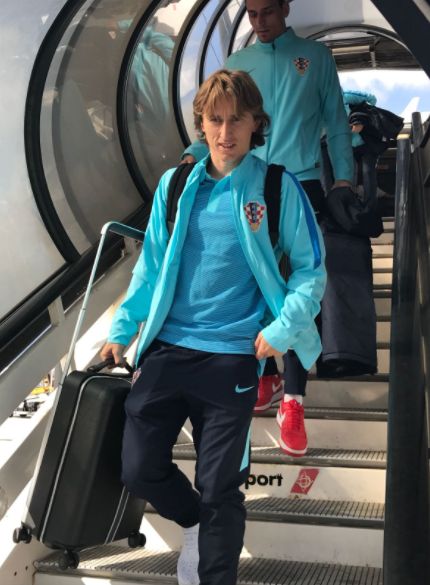 Croatia takes a 4-1 advantage into the second leg after a dominant display in Zagreb on Friday night, but coach Zlatko Dalic is making sure his side are not getting carried away.

“Nothing is over, we will play like it is 0-0. One mistake and everything can start going the wrong way. We have to be very careful, bit play to win, without trying to protect our advantage, the same style as in Zagreb. It will be tough but I expect another good match. Mandzuic is better than he was (in Zagreb), but I will decide if he is fit after our final session,” Dalic said.

Captain, and Croatia’s standout player on Friday, Luka Modric, echoed his coach’s sentiments, saying after Friday’s match that nothing was over yet and the side had to concentrate to play at the same level as it did in Zagreb.