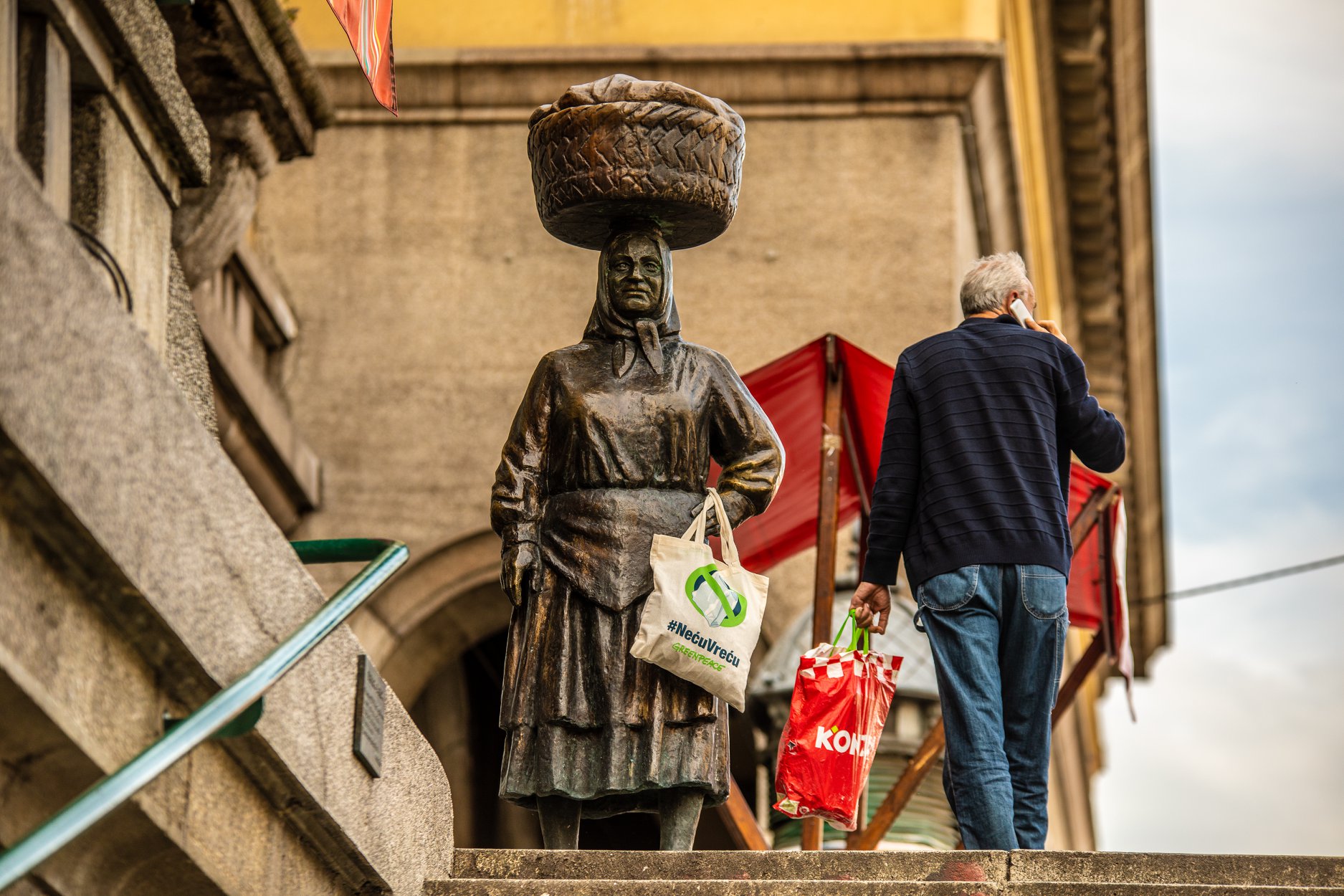 ZAGREB, 19 May 2019 – Canvas bags were been draped over dozens of monuments around Croatia during the week as Greenpeace encouraged consumers to use less plastic and support a petition against the use of plastic bags.

Because of the poor quality of the plastic bags they are used briefly and because of the low price they are allocated uncontrollably, damaging the environment in the process but alternatives are simply. Only a ban on light plastic bags will fix the situation significantly, says Greenpeace, which led them to launching a petition asking for the ban. 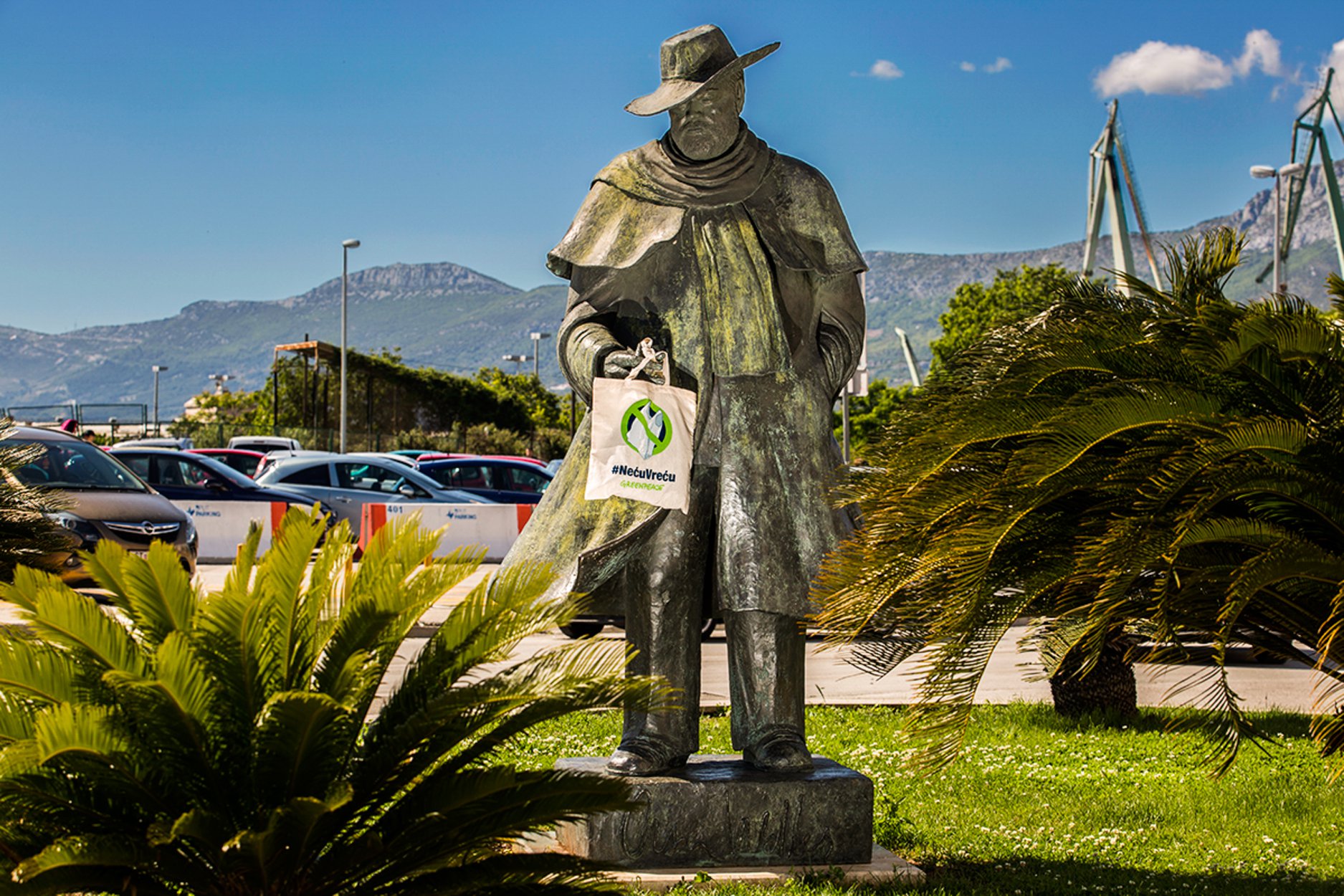 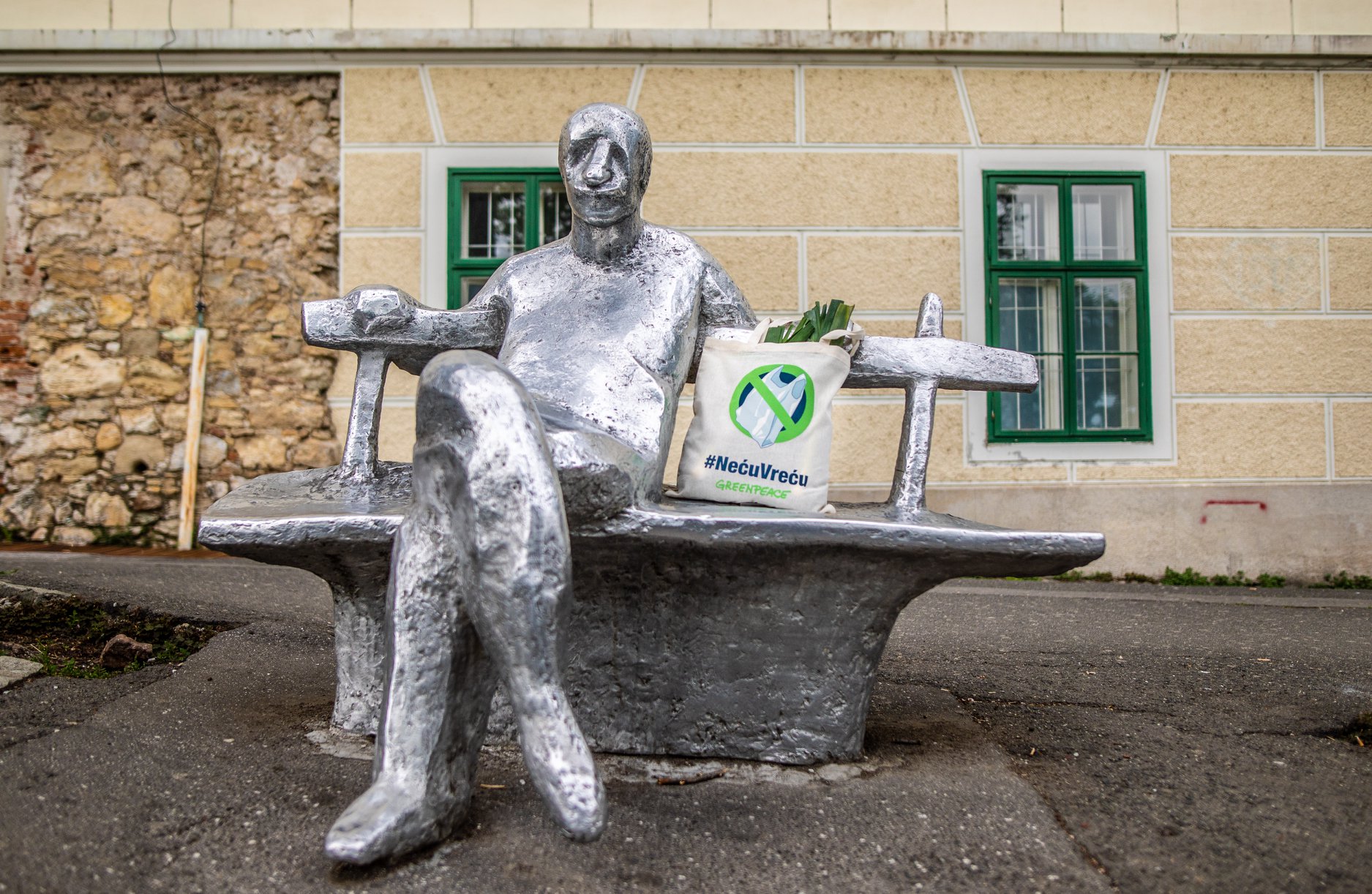 In just over two and a half months, more than 40,000 people have signed the petition. This shows that, despite their omnipresence, the awareness of the harm of the bags and the one-off plastics in general is growing. 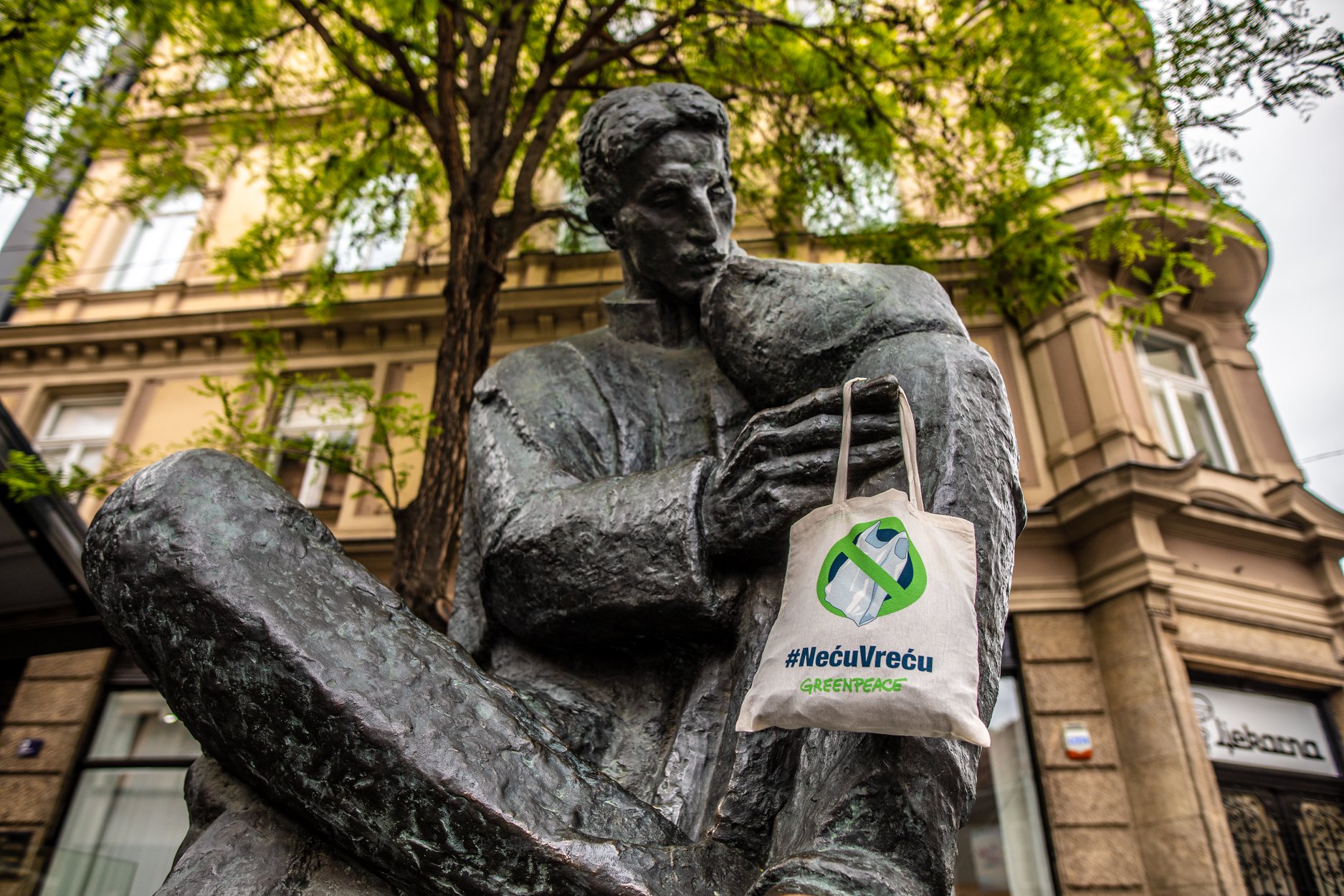 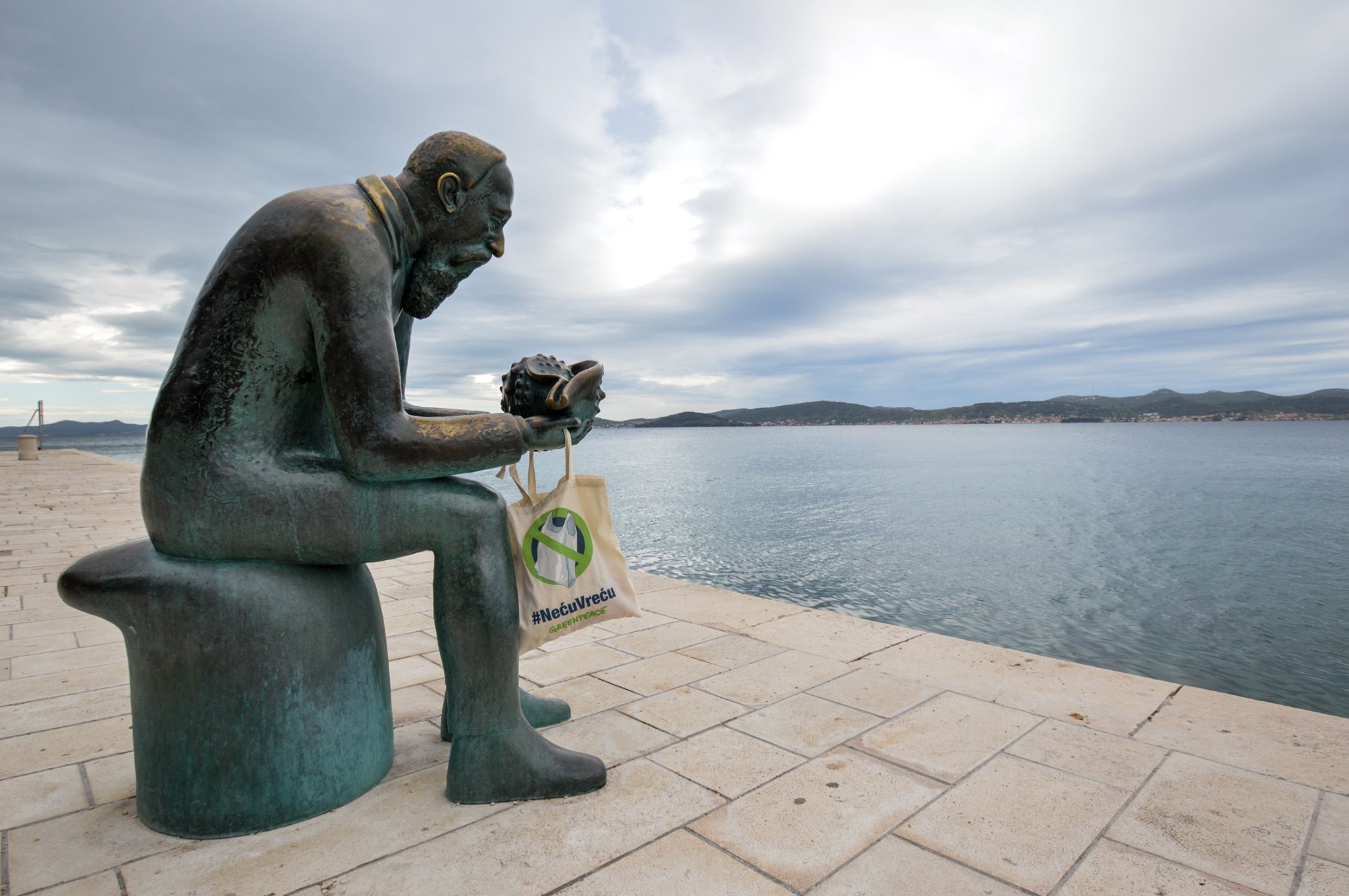 “People really want all these plastics to end, to put a stop to all the plastic bags and plastic packaging. Citizens are in agreement that a systemic solution is needed and show a sincere desire to look for an alternative in everyday life,” said Petra Andrić, Greenpeace’s campaign manager. 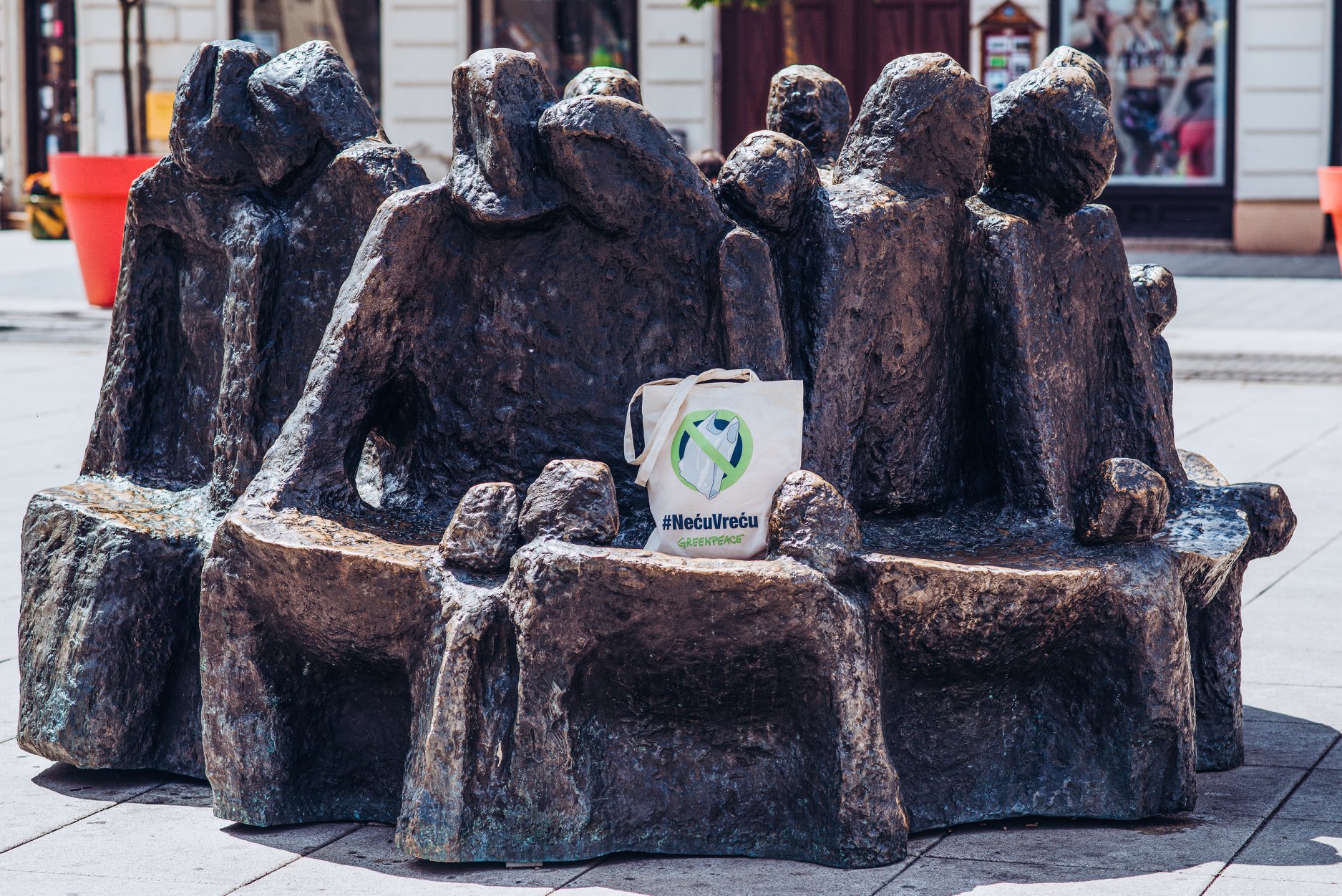 In Croatia, a compulsory fee for light plastic bags has been in force in Croatia since January, with the exception of very light bags, which have to be marked “Use plastic sparingly”. Greenpeace believes that the maximum consumption of light plastic bags should be curbed to no more than 90 light bags per person per year by 2020, or 40 per person by the end of 2025. 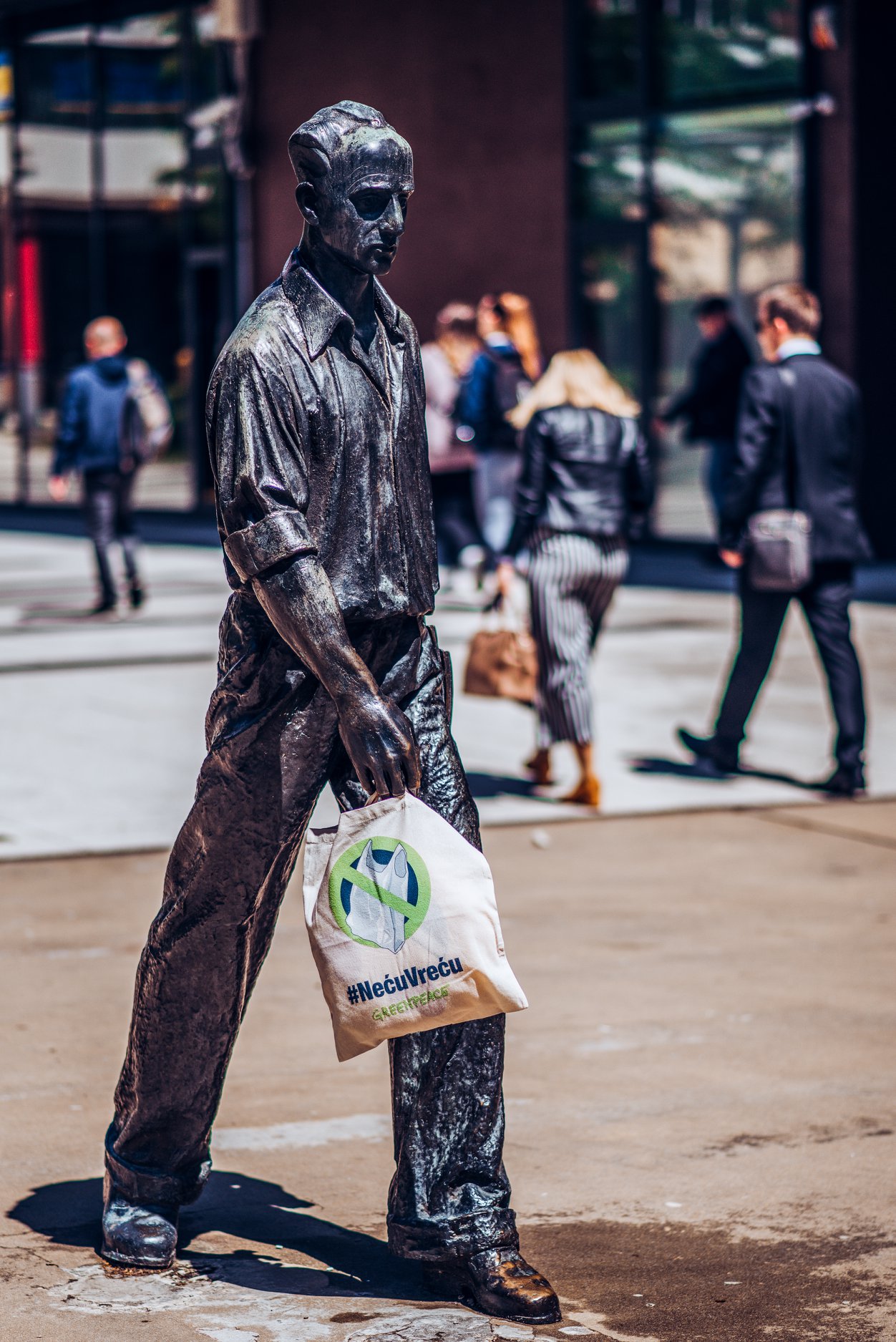 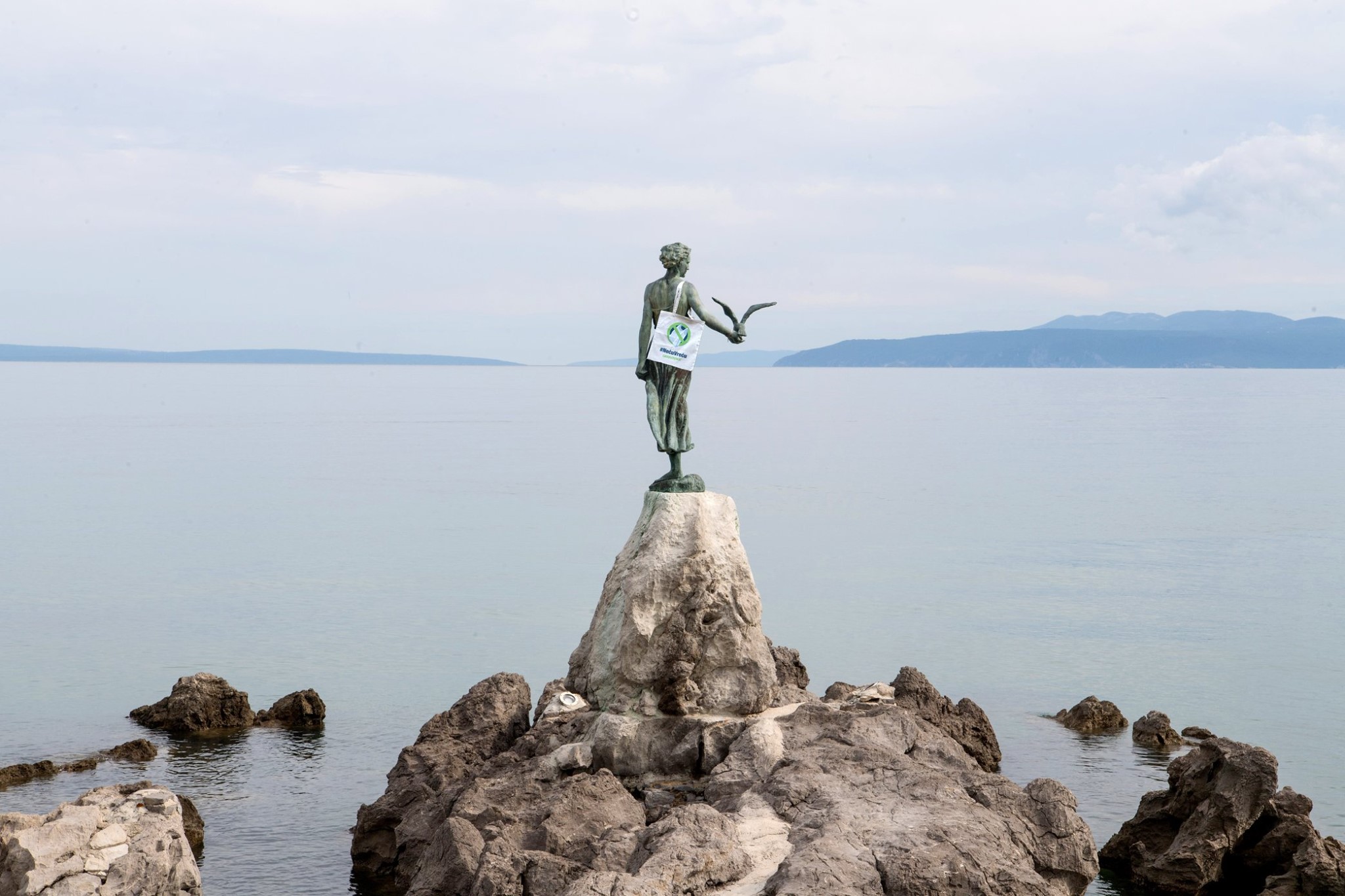 By draping the canvas bags on monuments, Greenpeace want to raise awareness that Croatians consume about 200 plastic bags per capita annually, or 830 million plastic bags in total. That amount of plastic could wrap the Earth nine times, they warn. 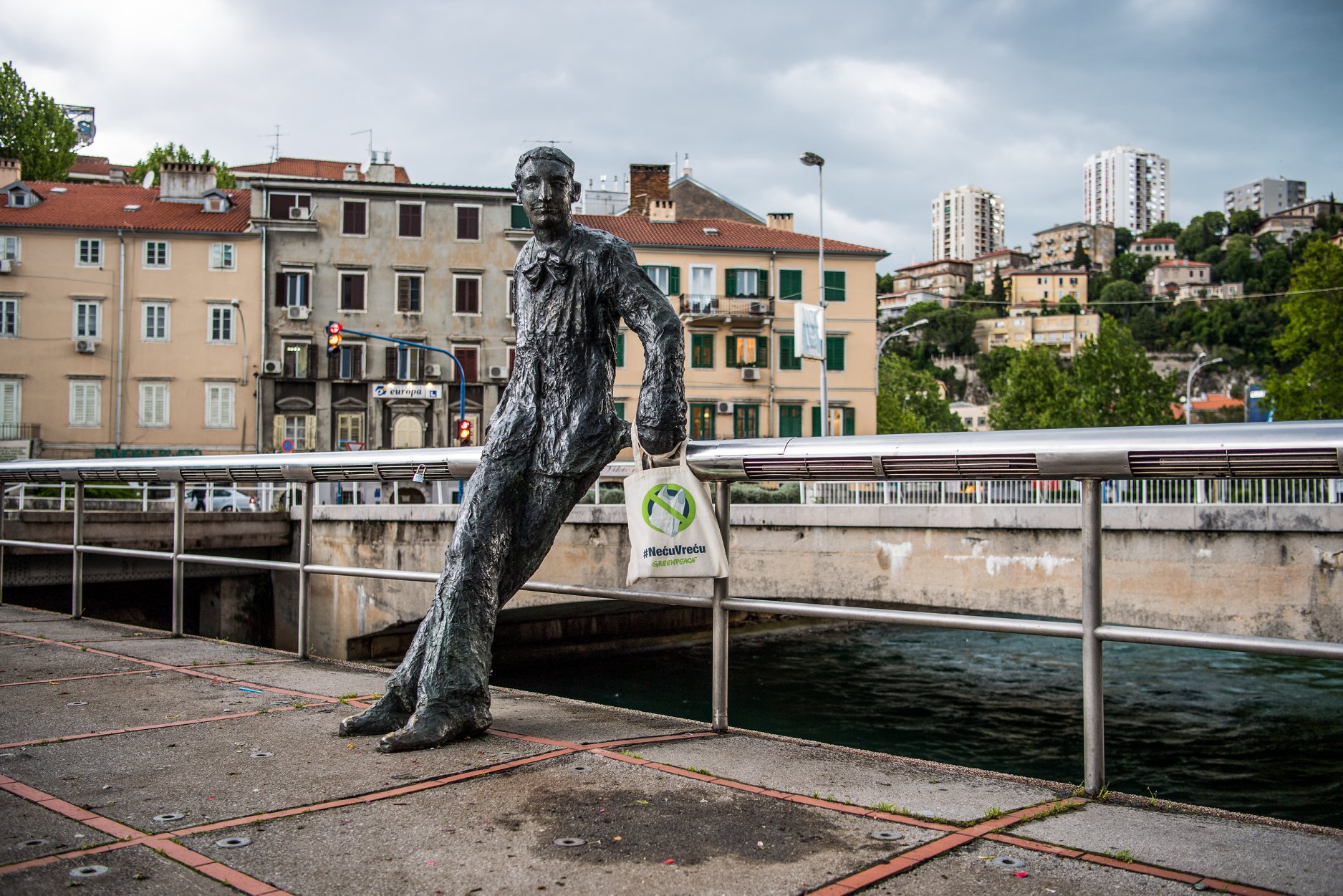 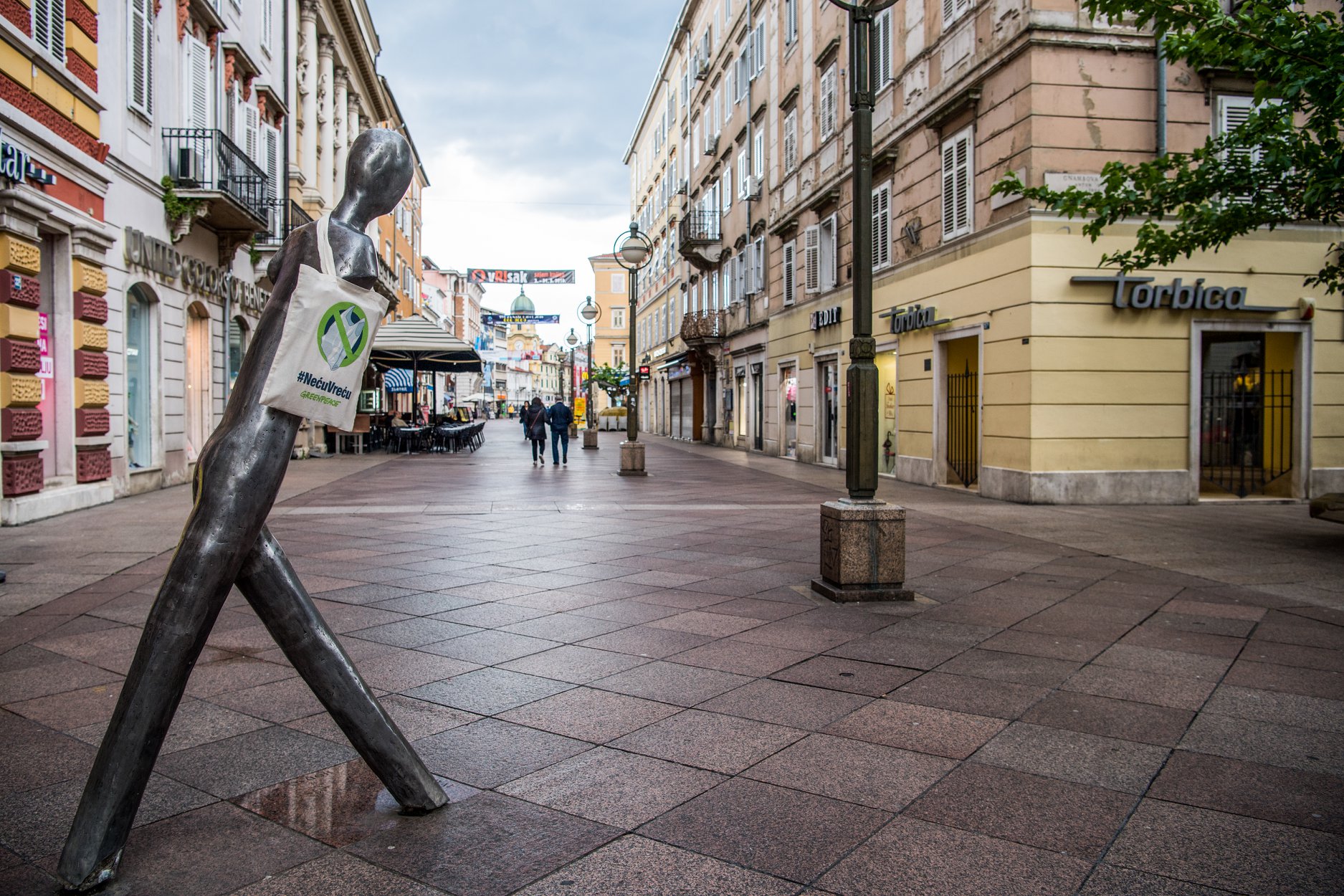 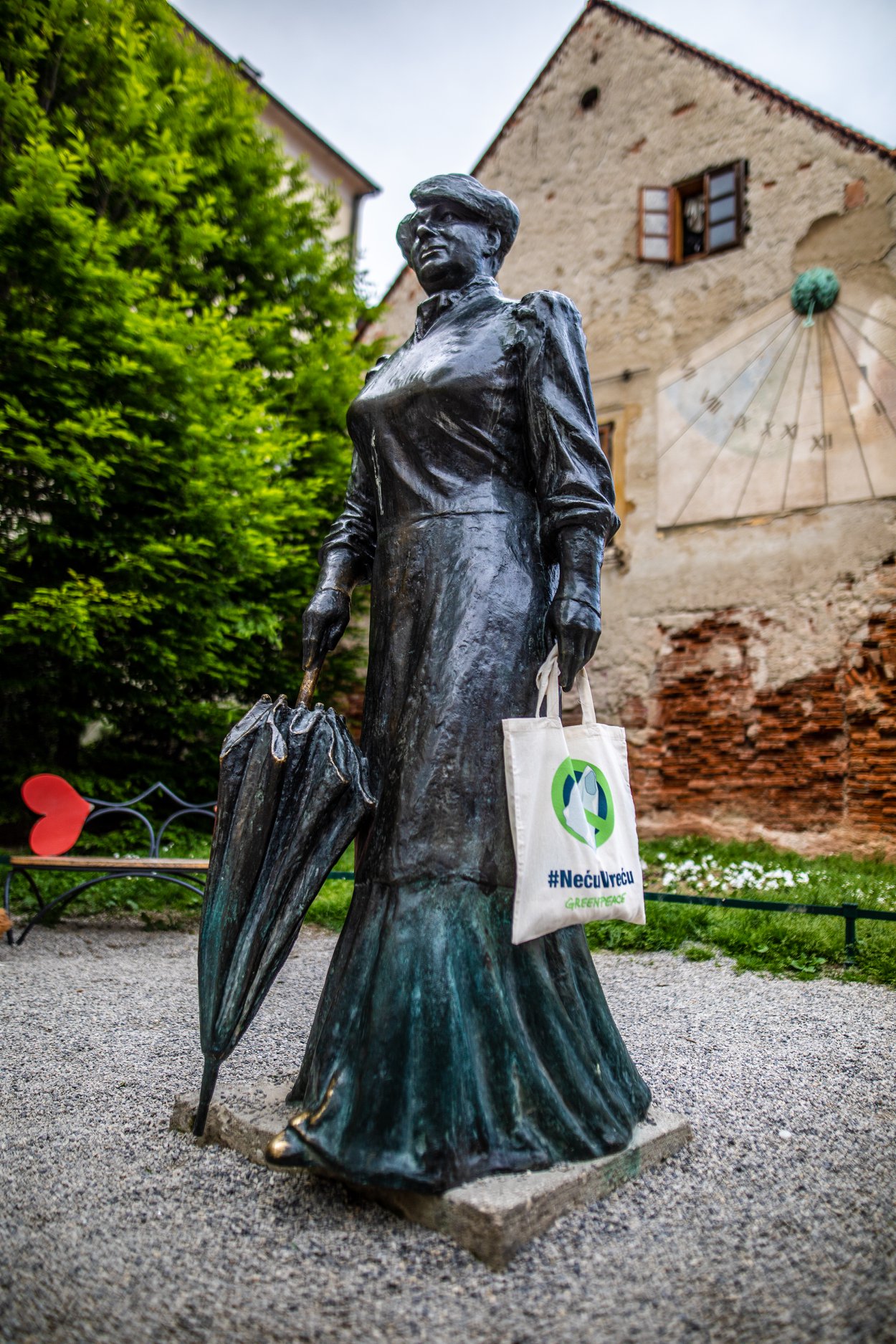