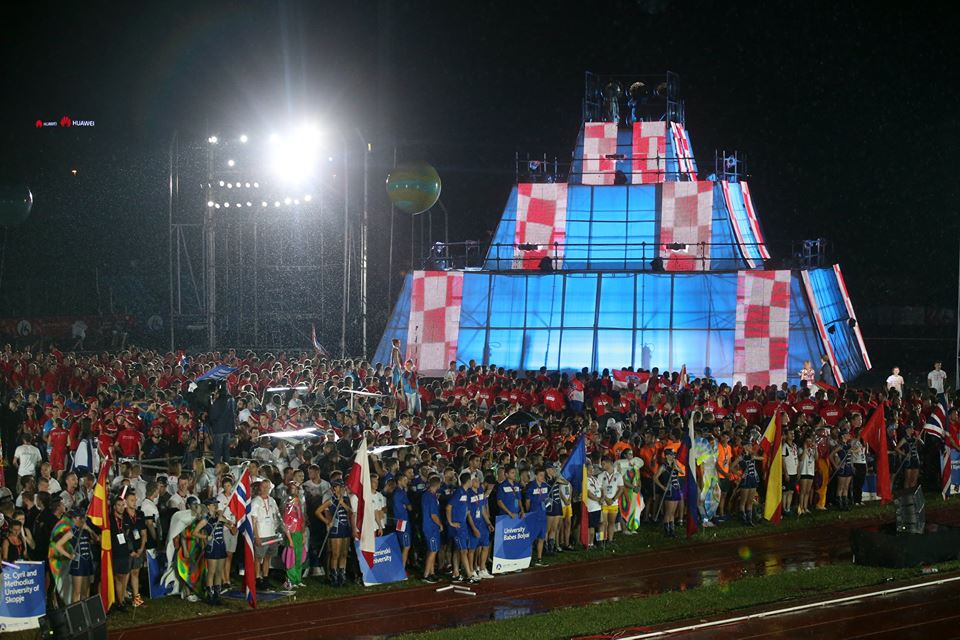 Colours, images and sounds all combined into a spectacle which served as an introduction to all the excitement which awaits us in the next two weeks in Zagreb and Rijeka. A mixture of the traditional and the modern which represented the host cities and the Games in the best light possible, the athletes’ parade which was cheerful despite the rain, hundreds of welcome messages which perfectly grasped how significant this event is for Croatia… There were a lot of dancing, singing and fun in those two hours; it was a truly ceremonial introduction, and its main message was revealed in the end – the Games can begin!

Croatian singer Damir Kedžo and the University of Zagreb’s choir Concordia discors performed the official song of the Games– As long as heart believes. The anthem describes the synergy of faith and hard work, which explains its popularity among the athletes who came to the Games. It is not easy to study and achieve good sporting results at the same time, and the very fact that they are participating makes all student athletes at the Games champions of hard work, faith, knowledge, and labour. 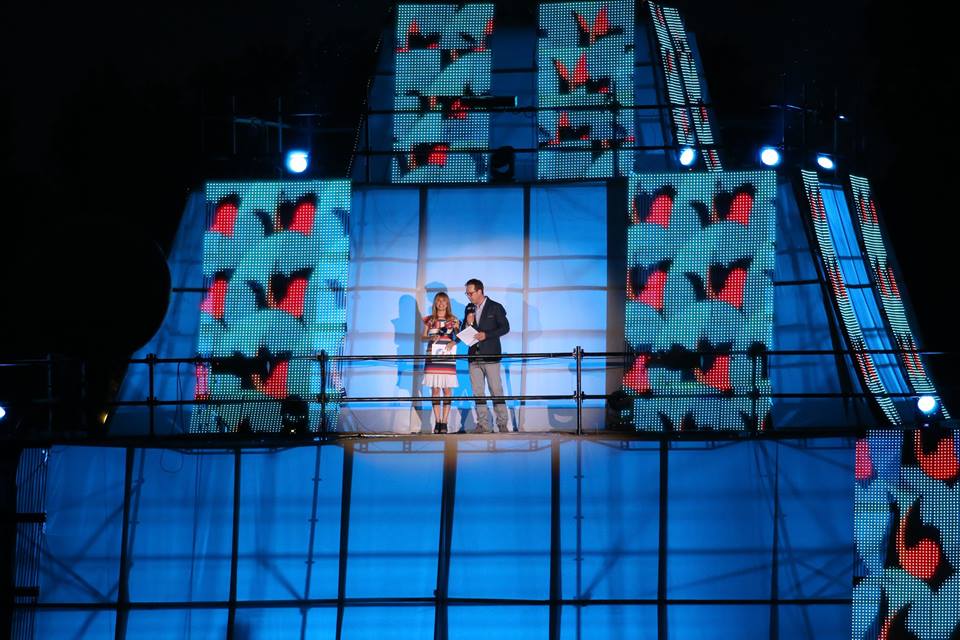 Over five thousand participants walked the athletic track at Mladost Stadium, entering the track in alphabetical order by the name of the country they came from. The hosts occasionally made interesting remarks about the 403 universities participating in the Games.

The hosts walked at the tail of the parade – Croatian students came from 16 universities from Zagreb, Osijek, Karlovac, Rijeka, Split, Pula, Vukovar and Dubrovnik.

This year’s mascot, Hrki the Hamster, was introduced as well. The concept of Hrki was based on the famous saying by the founder of the modern Olympic Games, the baron Pierre de Coubertin – it’s important to participate! Although he’s not athletically built, that doesn’t prevent him from playing sports. Hamsters like to run above all else, while the hamster world sprint record at the 9-meter dash is 38 seconds! 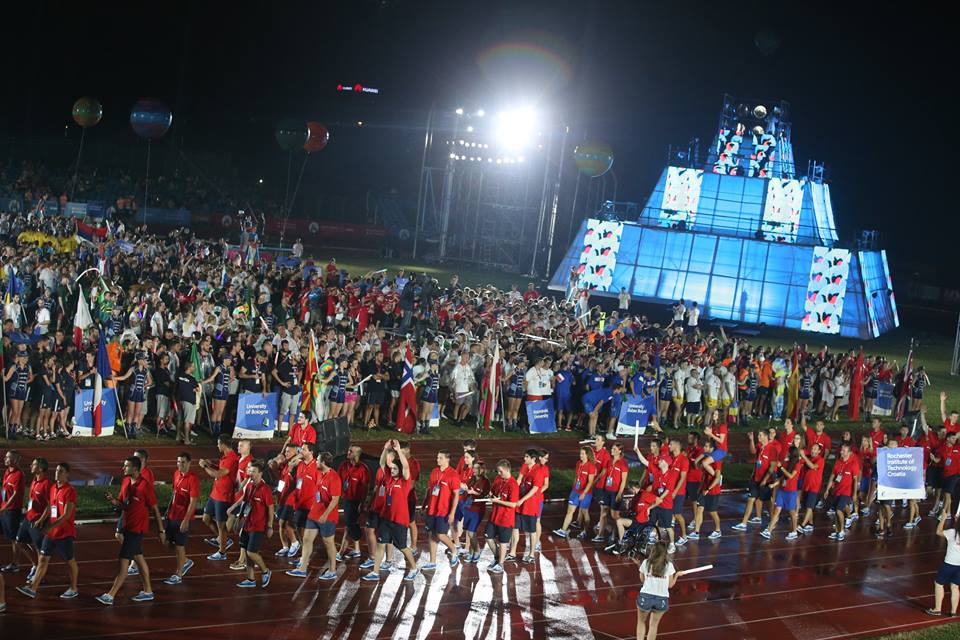 Zrinko Čustonja, the president of the European Universities Games Zagreb – Rijeka 2016, welcomed everyone on behalf of the Croatian Academic Sports Federation and the Organizing Committee:

‘May Zagreb and Rijeka, which will be the center of Europe in the next twelve days, be the starting point of a more beautiful and happier future Europe,’

The Rector of the University of Zagreb Damir Boras adressed the audience after him.

‘I wish you courage and a lot of success; may the best among you win. However, although it is important to win and to achieve success on the sports field, keep in mind that it is even more important to participate and to be dignified and great even in defeat.’

Adam Roczek, the president of EUSA, also gave a speech. He recalled the famous Universiade and thanked the organizers of the Games in Zagreb and Rijeka. He also expressed his gratitude to Zrinko Čustonja, praising his enthusiasm and work ethic. He did not forget to thank the volunteers as well, who had welcomed everyone with smiles on their faces. 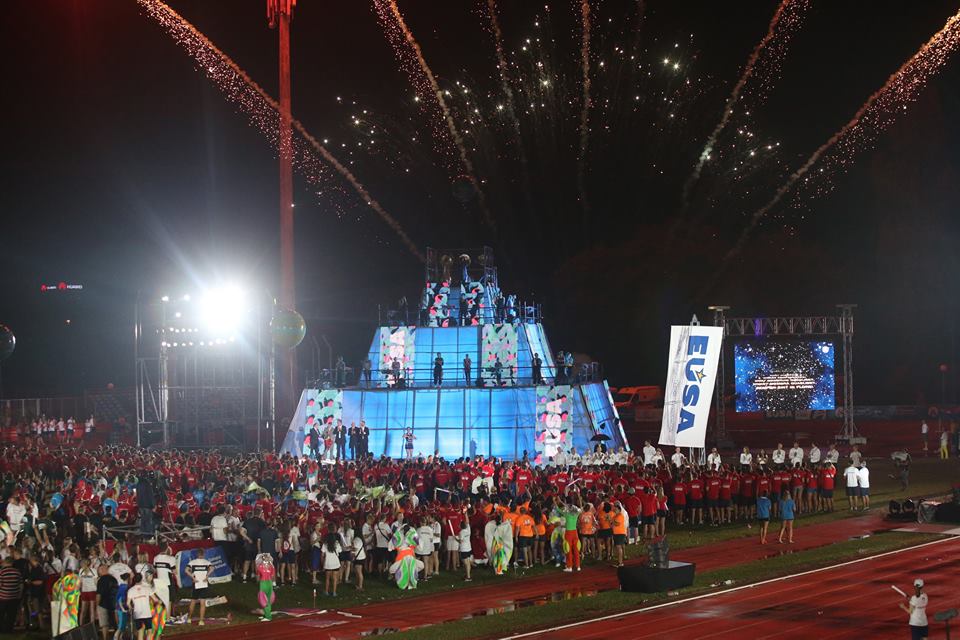 ‘Students, these Games were created for you. Your talent and commitment brought you here. Compete with passion in a fair play manner, respect your opponents – your sport fellows on and off the pitch, meet friends, enjoy every minute of your stay here’

At the very end of the ceremony, the Games were opened by the Prime Minister of Croatia Tihomir Orešković. In his speech he thanked the organizers, emphasizing the importance of this sporting event, the largest since the Croatian independence. He expressed his confidence that Croatia would be a great host to the thousands of students who came to the Games, just as it was a great host during the 1987 Zagreb Universiade. He sent a message to all students, confident they would like it:

Have fun, but not too much! – said the Croatian Prime Minister before declaring the Games open. 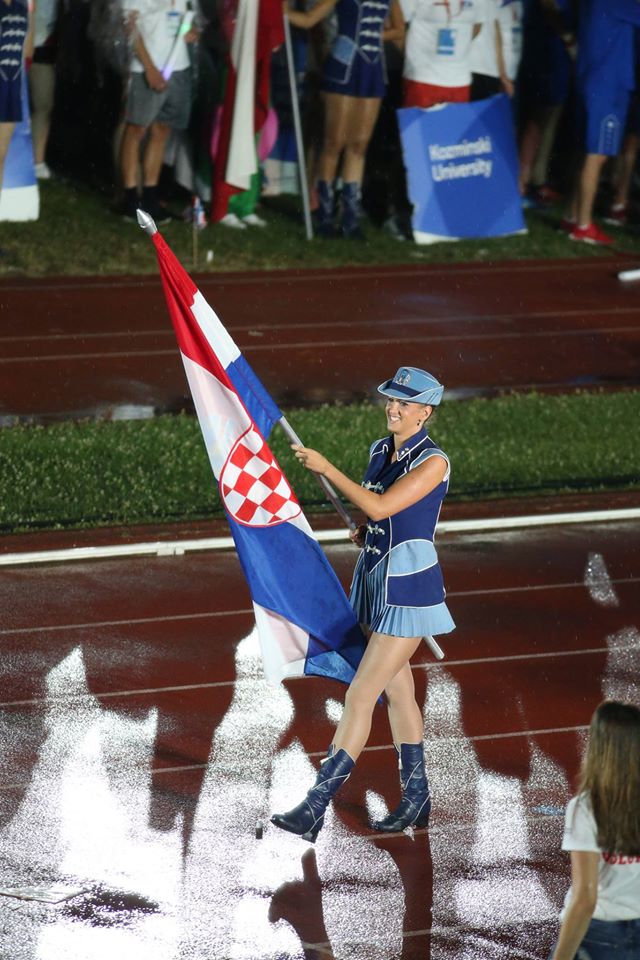 Over the next two weeks, 885 university teams will compete in 23 sports: futsal, football, tennis, table tennis, volleyball, basketball, badminton, handball, beach volleyball, rowing, rugby 7’s, basketball 3×3, sport climbing, judo, karate, taekwondo and bridge, chess and golf. Two demonstrative sports, swimming and water polo, are also included. For the first time in the history of the European Universities Games, students with motor disabilities, but with a strong sporting spirit, will compete as well: 18 teams will take part in the para swimming competition and 5 teams will compete in table tennis.

The main organizer of the European Universities Games is the European University Sports Association (EUSA), while the Croatian Academic Sports Federation (CASF) led the organizing efforts of the EUG Zagreb – Rijeka 2016. Although CASF was founded in 1994, the tradition of university sports in Croatia is more than a hundred years old! The first student sports club was founded 112 years ago at the University of Zagreb, and the Academic Sports Club Association was founded 92 years ago.