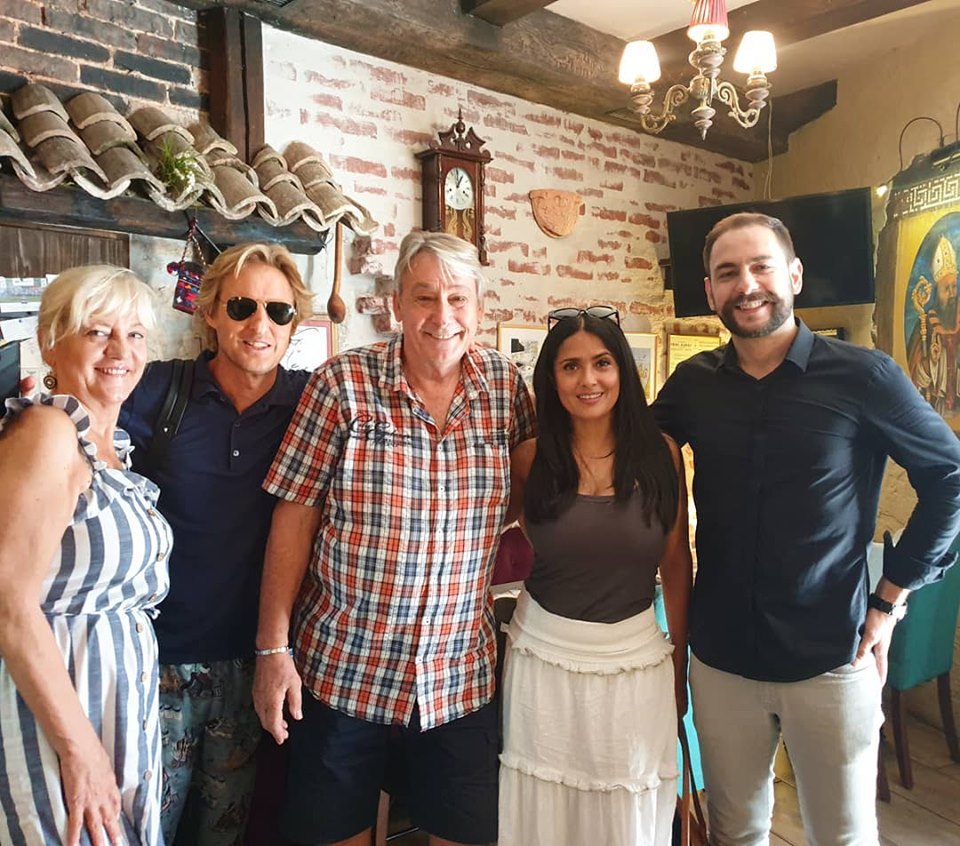 SPLIT, 23 July 2019 – After filming scenes this morning in Split for the new ‘mind-bending romancer’ Bliss, famous Hollywood actors Salma Hayek and Owen Wilson have enjoyed a lunch together at one of the city’s most popular spots.

Hayek, who was dressed in a tight grey tank top and white skirt, and Wilson, who was casually dressed in print trousers and a blue polo style shirt, dined at Konoba Fetivi in Varoš.

Konoba Fetivi was included in the Michelin Guide last year with a Bib Gourmand award.

“Run by a family with strong roots in the region, this authentic “konoba” (tavern-style restaurant) is dedicated to serving local specialities, which include meat and fish dishes as well as old family recipes such as the excellent apple strudel,” is how Michelin inspectors described the konoba.

The actors were happy to pose for photos after the meal with the owners.

“Salma Hayek & Owen Wilson it was a pleasure having you in our family tavern,” Konoba Fetivi wrote on Facebook.

Mike Cahill is directing Bliss, which sees Wilson plays a recent divorcee, Greg, whose life is falling apart as he meets an enchanting woman, Isabel, played by Hayek, who lives on the streets and is convinced that the polluted, broken world around them is not real. Isabel insists they live in an ugly, harsh world simulation inside of the beautiful, peaceful real world of bliss. Doubtful at first, Greg eventually discovers there may be some truth to Isabel’s wild theory. Filming continues this week in Split.