Two Croatian sporting giants, one literally and one only just figuratively, meet up over the weekend to pose for a photo that has gone viral…

7-foot 2-inch former Croatian basketball star Stojko Vranković and 5-foot 7-inch football maestro Luka Modrić met up at Hotel Niko in Zadar over the weekend and the pic of the pair shows that size is no barrier to becoming a great.

The photo of Vranković, who played 5 seasons in the NBA in the 1990s with the Boston Celtics, Minnesota Timberwolves, and Los Angeles Clippers, towering over the diminutive Real Madrid star has gathered over 10k likes since it was posted on Facebook.

“One tall, the other short, but both legends” – was one of the more common comments. 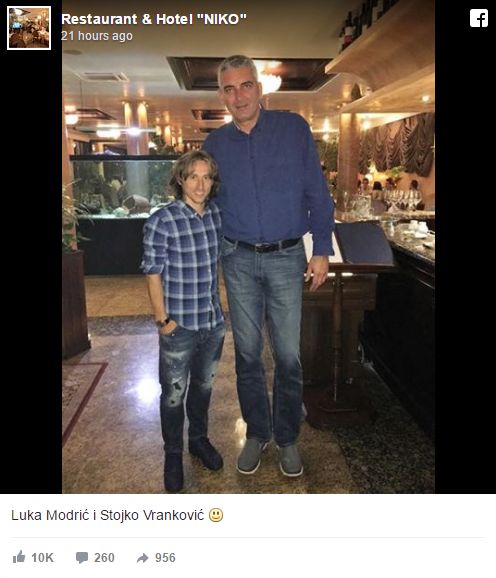