Home » News » Petrinja and Sisak shift up to 86 centimetres

ZAGREB, 14 February (Hina) – The findings of global navigation satellite system (GNSS) measurements conducted by Croatia’s State Geodetic Administration from 4 to 28 January 2021, show that the cities of Petrinja and Sisak, hit by the 29 December 6.2 quake, were shifted up to 86 centimetres.

The Civil Protection Directorate reported on Sunday that the relevant analyses show that Petrinja was shifted southeast and Sisak eastward.

Glina, the third city most affected by the 29 December earthquake and aftershocks, was shifted by 10 centimetres northwest. Also, the area in which the city of Glina is located, sank 10 centimetre. 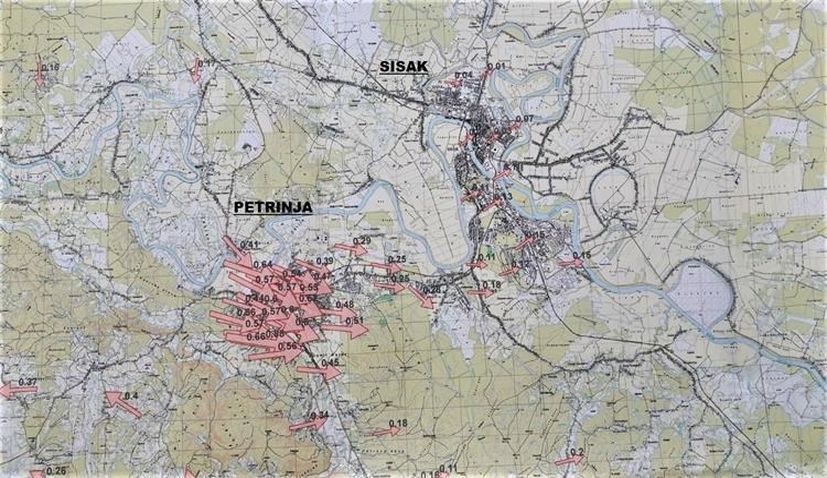 These first official data will be used for the activities pertaining to the reconstruction of geodetic baselines and for the homogenisation of surveys.

The devastating quake killed seven victims and caused extensive damage. Preliminary mapping prepared on the basis on satelite images provided by the European Space Agency showed in early January that the disaster caused shifts of soil with the amplitude of up to 70 centimetres. The biggest shift was then registered in the forest area near the settlements of Slana, Glinska Poljana and Gora.