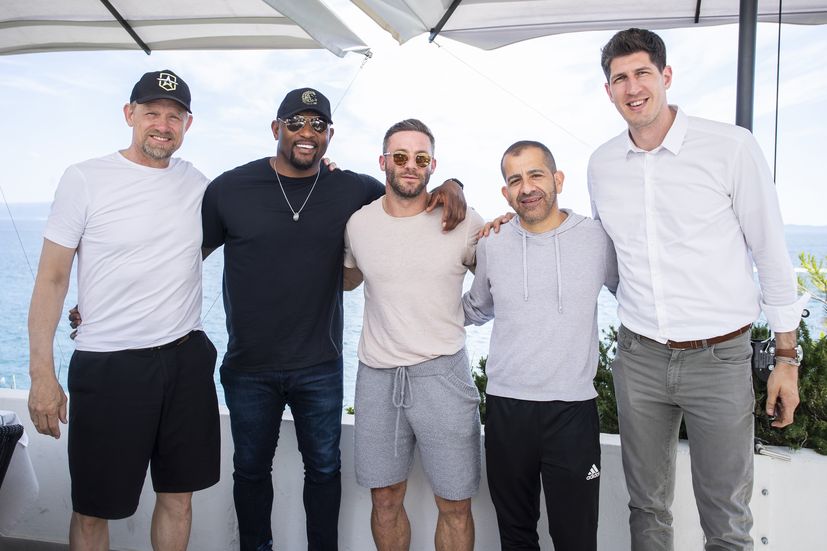 In addition to them, Stephen Espinoza also arrived, the man behind the success of two spectacles known as “Mayweather-Pacquiao” and “Mayweather-McGregor”.

Schmeichel, Edelman, Lewis and Espinoza will participate in the festival as lecturers, and the topics are related, of course, to sports, but also marketing in sports, as well as everything that makes sports a global attraction.

Photographers caught them at the Adriatic Restaurant in Split, from where they travel to Hvar, one of Croatia’s most beautiful islands.

On Thursday, they will be in Zadar for the Sunset Sports Media Festival, which is being held from 9 to 11 June 2022 in Zadar’s Arsenal and is a business event that will bring together for the first time the greatest professionals in the world of sports.

Goalkeeping legend Schmeichel won many trophies during his career, including the Champions League with Manchester United and the European Championship with his national team Denmark. Edelman is a multiple Super Bowl MVP who played 12 seasons in the NFL for the legendary New England Patriots,  whilst Lewis is considered one of the greatest “linebackers” in NFL history. The Sunset Sports Media Festival is a fusion of the global sports and media industry and business event that will bring together some of the greatest sports, media and marketing professionals globally.

Lectures and panels at the festival will cover current and interesting topics such as “The game changers” and “The future of Serie A”, which will be attended by, among others, the Italian sports media sensation Diletta Leotta, “The Power of story” – by multiple Emmy award winner Pete Radovich,  “Engage and Empower”, Athletes owning their brands”, “Out of the box”, “Started from the bottom, now we re here”,” In the ring with Steven Espinoza” Underdogs” and “Football vs Football”.