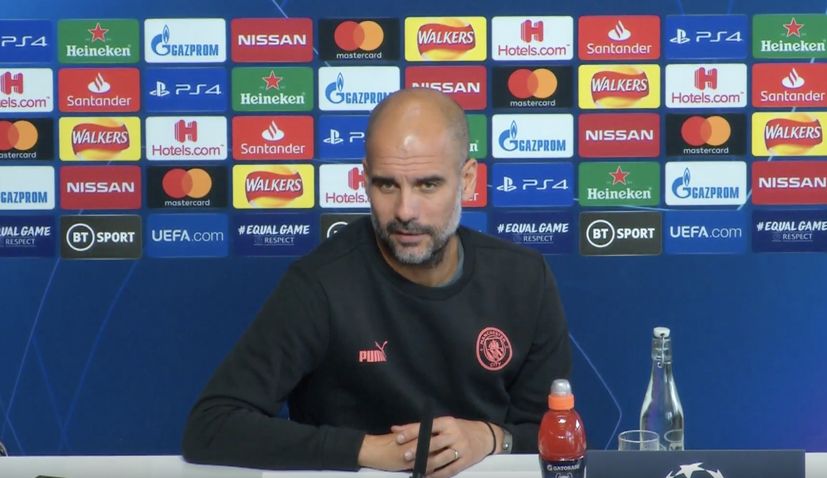 Manchester City will meet Dinamo Zagreb at Etihad stadium on Tuesday night in the second group match of the the UEFA Champions League.

After surprising Italian club Atalanta 4-0 in the opening match, Dinamo Zagreb arrive in Manchester as Group C leaders on goal difference as Guardiola told a press conference on Monday that he is aware of the danger the Croatian champions bring.

“They are an intense team, so aggressive, especially in the middle and with the long balls to the striker and second balls they are so strong. When you lose the ball they are fast on the counter attack. Beating Atalanta, who are doing great in Italy, a tough league, 4-0, is a enough  warning to be careful,” Guardiola said, before talking about Dinamo Zagreb’s Spanish midfielder Dani Olmo.

“He was in the academy at Barcelona in the past and the players there are always good, good talents. He had the courage to go to Croatia where it is not usual for a Spanish player and its perfect, at the U-21 (EURO) HE was one of the best players, he has incredible work ethic both forwards and backwards. I am happy for him.”

“It is not just the generation now with Rakitic, Modric and Mandzukic but also before with Suker…For a small country like Croatia to make the final of the World Cup was incredible success. That means how good natural talent they have,” he said.

The match will kick-off at 9 pm CET tomorrow.