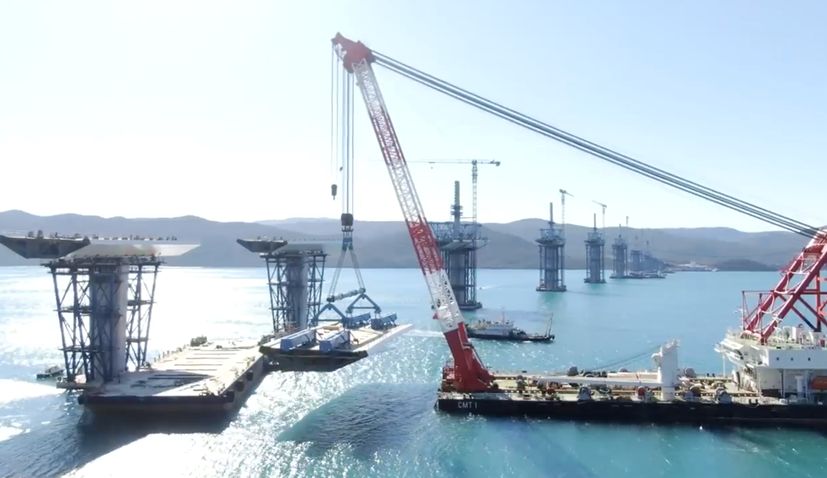 The Pelješac bridge, which will connect the peninsula of Pelješac, and through it the southernmost part of Croatia including Dubrovnik, with the Croatian mainland, is edging closer to competition.

Currently, the third pillar of the bridge, which springs from the sea, is being connected with a pillar on the mainland.

The bridge should be fully completed early next year, and access roads a few months later by June 2022.

The construction of the verticals on the bridge has been completed, so all the efforts of the contractor are now aimed at reducing the distance between the pillars.

So far, 69 segments have been installed that arrived from China with a total length of one thousand and 51 meters, which is about 44 percent of the length of the bridge itself, said Jaroslav Šegedin, a representative of Hrvatske Ceste at the construction site of the Pelješac Bridge.

The project is worth €550 million, of which 357 million is provided by the EU.

Check out the latest video below from the bridge site.