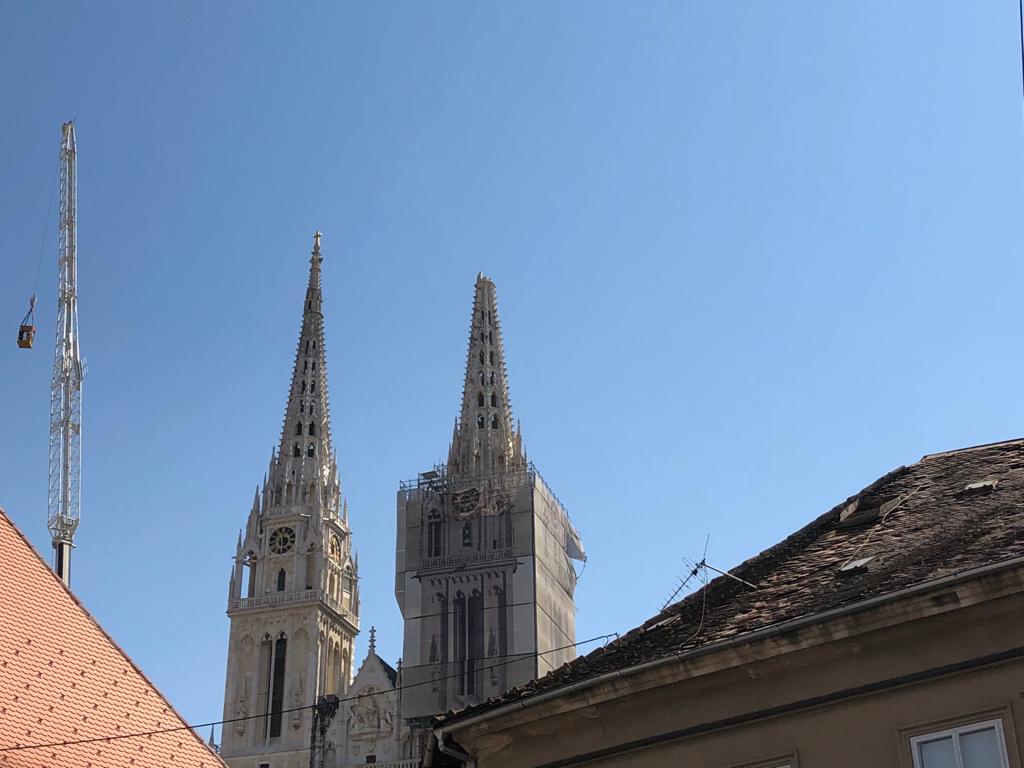 ZAGREB, 6 April 2020 – One of the iconic symbols of the Zagreb skyline, the Zagreb Cathedral, suffered serious damage in the earthquake which rocked the Croatian capital a fortnight ago.

The south spire of Zagreb Cathedral broke and fell off during the earthquake which measured 5.5 on the Richter scale. Whilst the north spire remained intact, part of it too will be torn down.

After a series of drone inspections and surveys, statists unanimously decided that part of the north bell tower will be removed as it threatens to collapse on the side of the cathedral.

Statics that climbed to the point where the damage was seen at first glance noted that there was a displacement of the spire of about five inches.

“The north tower will be removed to the point that the top of the southern tower collapsed,” Monsignor Ivan Hren, who has been leading the renovation of the cathedral for a long time, confirmed for daily Jutarnji list. 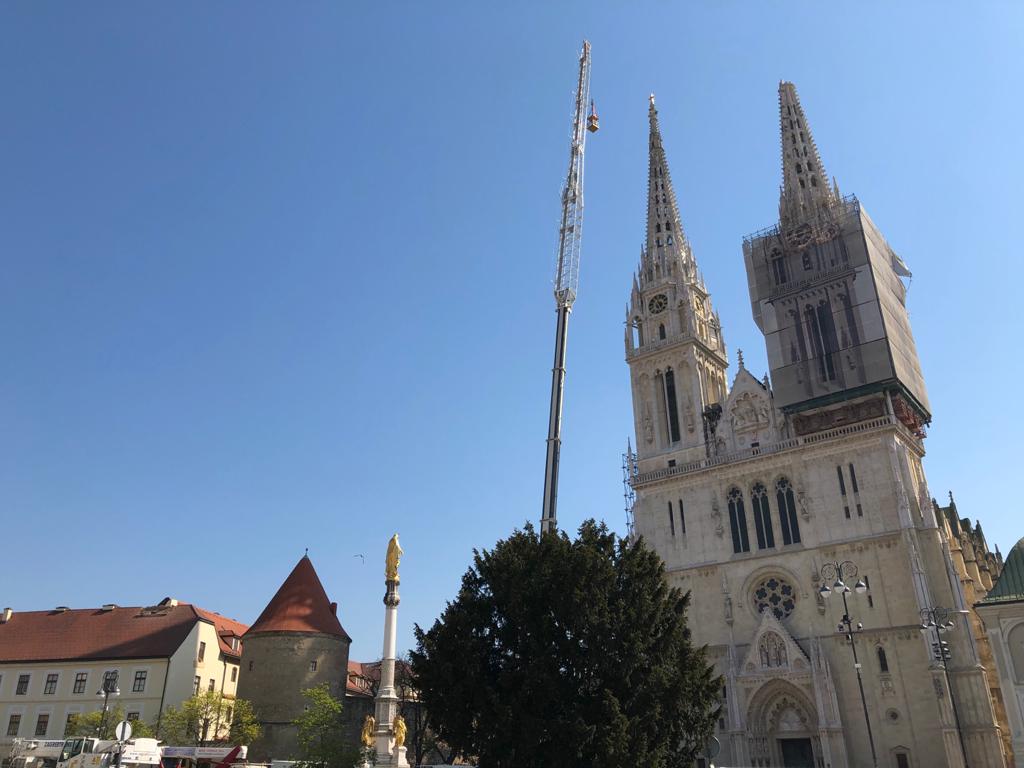 Currently, several things are being worked on, first of all, to determine how to dismantle the part of the tower that is interconnected in height with the rods and as such is rigid.

For this reason, it was decided to remove the complete part of the bell tower, which has about 15 m3 of stone and weighs about 30 tons, with a crane that has a beam of 120 m and can lift that weight.

At the same time, the roof of the cathedral is protected just off the north bell tower with wooden tiles. In the cathedral itself are protected altars by the belfry itself and a stone pulpit from the seventeenth century. 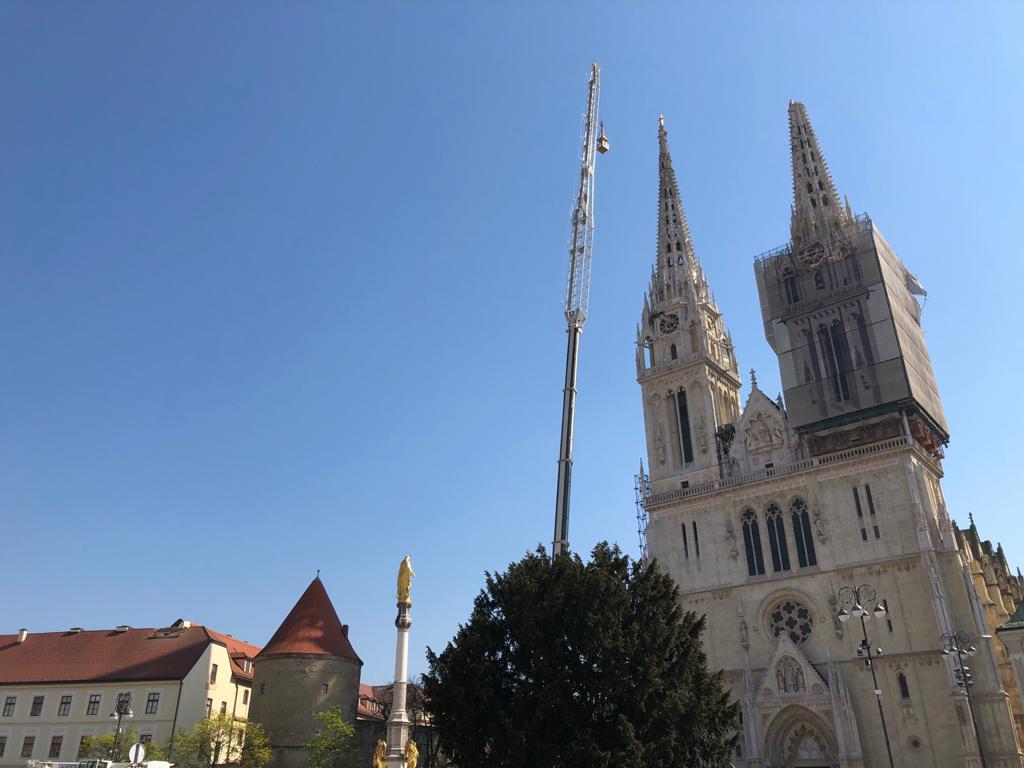 Major damage to the cathedral, which was not immediately visible after the earthquake, was confirmed by Monsignor Hren, who with a group of experts visited the cathedral.

Jutarnji list says that part of the north spire will be knocked down after Easter and will take around two days to complete. Cranes weighing 1000 tonnes in total will lead the operation.

On the first day, the main role will be taken by the lighter crane, which will lift the climbers in the basket to the very top. Their job is to wrap the collapsed part in geotextiles that will secure the stone structure to prevent it from falling off when removed.

On the second day, both cranes will be lifted into the air. One will lift the climbers again, the other the chains and buckles. The climbers will then slide the hinges under the highest window on the tower and attach them to the chain hooks.