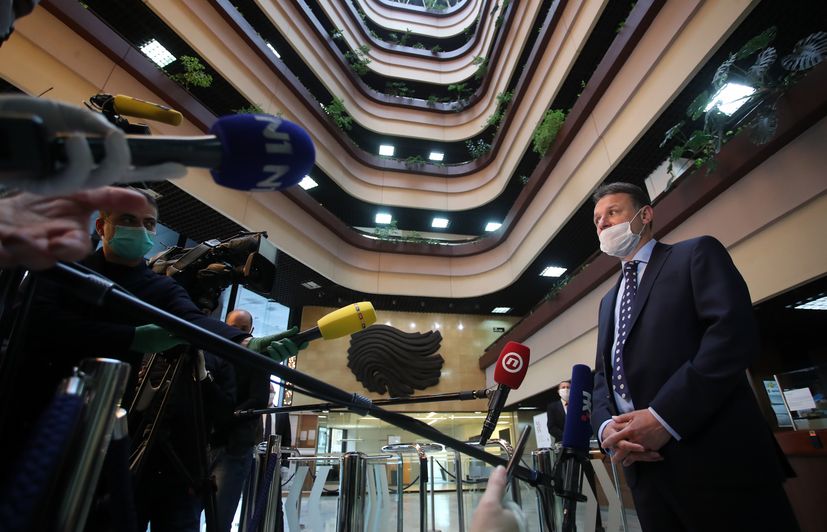 ZAGREB, March 25 (Hina) – The Speaker of the Croatian Parliament, Gordan Jandrokovic, announced on Wednesday he would request an opinion of the Constitutional Court on “restrictions of civil liberties” imposed as part of efforts to contain the spread of the coronavirus pandemic.

“I will request an opinion of the Constitutional Court on whether we should apply Article 17 of the Constitution, meaning that the Croatian Parliament should decide by a two-third majority on restricting certain freedoms, or we can do so by directly applying Articles 16, 32 and 50 concerning freedom of movement and freedom of enterprise without Article 17,” Jandrokovic told the press after a meeting of the Parliament Presidency.

He said that after the Court gives its opinion he will organise a vote. “Protecting the health and lives of citizens is of paramount importance, but freedom, democracy and rule of law must also be taken into account,” he added.

“Parliament is extremely important right now because it is a guarantor of democracy and rule of law. We are a law-making body and must insist on this for as long as necessary,” Jandrokovic said.

He said that parliamentary debates will be shortened, each parliamentary group will have ten minutes to present its view on an item on the agenda and each MP will be allowed to take the floor for five minutes. Voting will be conducted by rotating groups of not more than 50 MPs.

Jandrokovic said that Parliament would sit in the old headquarters of the INA oil company until the quake-damaged Parliament building was repaired.