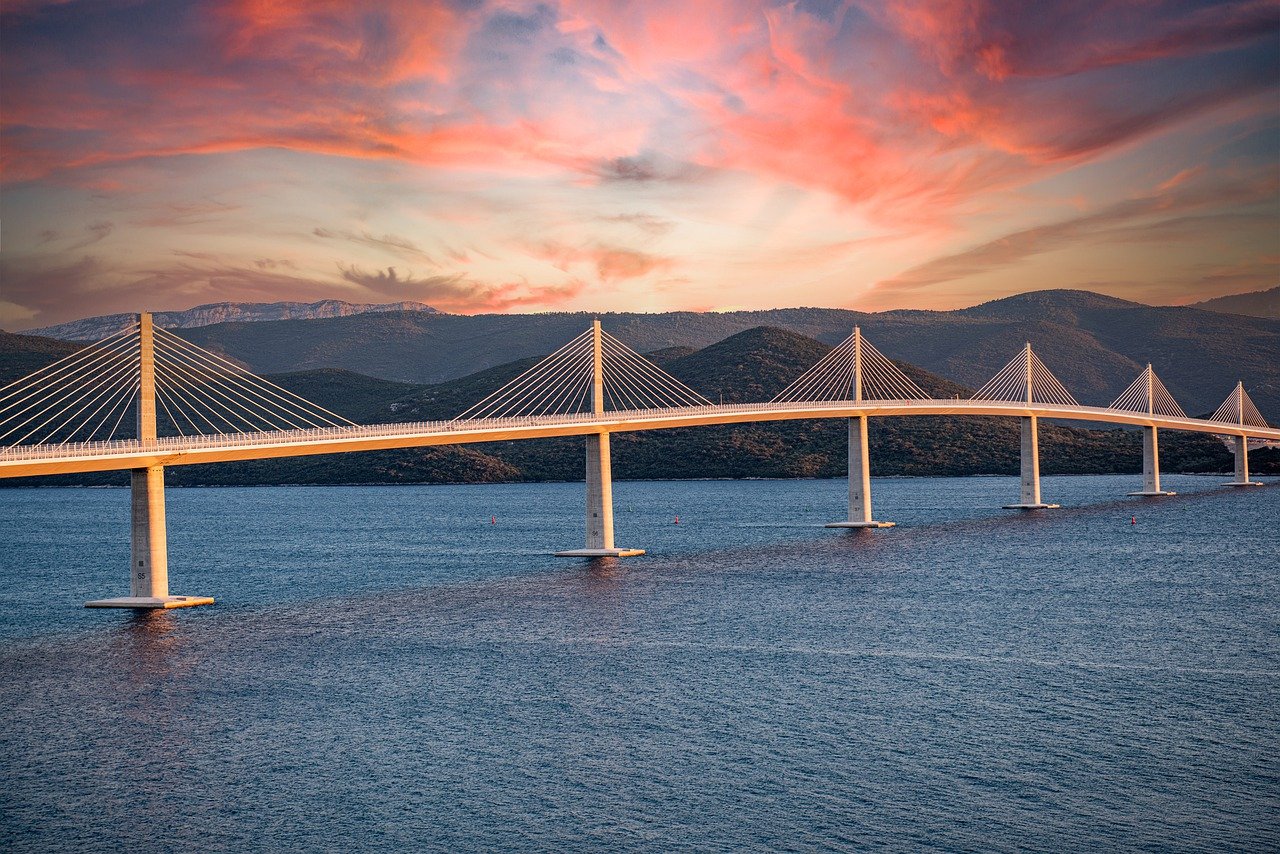 ZAGREB, 15 Sept (Hina) – A total of 652,678 vehicles have crossed the Pelješac Bridge since its opening in late July, while the average daily traffic is 13,597 vehicles, the Hrvatske Ceste (HC) road management company told Hina on Tuesday, adding that not a single accident has occurred on the bridge yet.

In the past week, an average of 9,389 vehicles travelled over the Pelješac Bridge a day.

HC said that the Pelješac Bridge and the access roads are intended only for motor vehicles, and that pedestrians, cyclists and motor vehicles that cannot travel at a speed of more than 60 kilometres per hour are prohibited from using it.

HC also noted that based on a decision by the Ministry of the Sea, Transport and Infrastructure and the company’s management, freight vehicles with a maximum permissible mass of more than 7.5 tonnes are not allowed to use the bridge and access roads until further notice.

HC added that there has not been a single traffic accident on the Pelješac Bridge since it was opened to traffic.

There are about 20 cameras on the bridge itself (fixed, rotating, thermal), and there are over 90 cameras on the entire newly opened section, which record any possible traffic violation which is then handled by the police accordingly.

Since the bridge was opened, traffic across the Klek border crossing through Bosnia and Herzegovina has dropped drastically, by over 50%.

HC warned drivers not to stop in the emergency lane because it is reserved only for broken-down and emergency vehicles.

The Pelješac Bridge, which connects the southernmost part of Croatia with the rest of the country, was opened on 26 July. Crossing a sea strait that is 2,140 metres wide. the bridge itself is 2,404 metres long with a navigational profile under the bridge of 200 by 55 metres.