Home » News » Over 60% of applications for travel between counties rejected, says interior minister 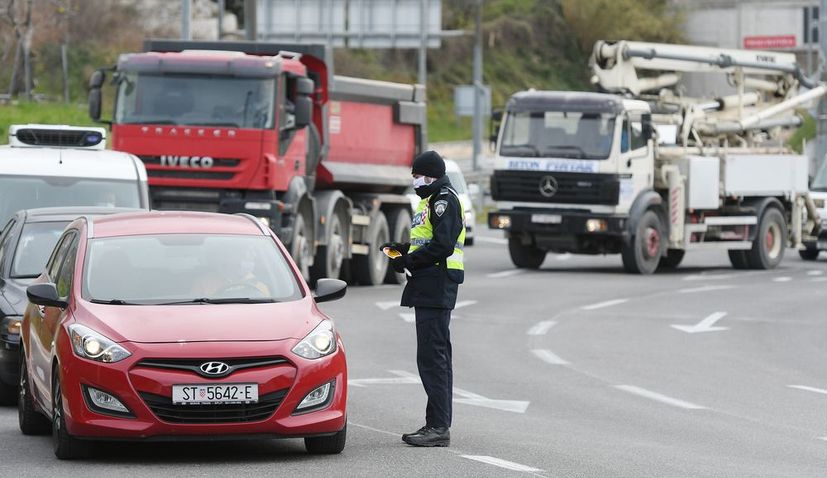 ZAGREB, Dec 22 (Hina) – Interior Minister Davor Bozinovic said on Monday that 35,000 applications for travel between counties had been received by 6 p.m. and that over 60% were rejected, adding that those who disregarded the rejections would not be penalised but returned.

Speaking on the public broadcaster HRT, the head of the national COVID-19 response team said most of the applications had been submitted by firms which planned to continue to do business.

Bozinovic recalled that the ban on travel between counties in place from December 23 to January 8 was one of the new anti-COVID measures and that the Civil Protection Directorate and the Interior Ministry had defined in detail in which cases travel passes could be issued.

He said the ban was temporary and preventative “to encourage people to make as little close contact as possible, notably when families come together, which often occurs during the Christmas and New Year holidays.”

Bozinovic said those who embarked on a journey even though their pass application was denied would not be penalised but returned to where they came from.

He said there would be 200 checkpoints and that 800 police would be in charge of monitoring the enforcement of the travel ban.

The minister reiterated that neither a curfew nor a complete lockdown would be imposed but that the anti-COVID measures that were in place could be extended.

As for some experts’ claims that the travel ban decision was not in line with the constitution, Bozinovic said the Constitutional Court had already decided on the constitutionality of the decisions made by the COVID response team.

“I think this decision is proportionate, preventative. It should last until January 8,” he said, adding that it was preventative because it would “limit contacts which are most frequent at this time of year and which could cause a bad epidemiological situation after the New Year.”

He said the response team was balancing decisions, first and foremost seeing to the protection of lives and health, but also taking the economy into account.

He said coronavirus cases were declining and that he hoped tighter restrictions would not be necessary. However, he added, the measures in place could be extended due to the time of the year when the virus is especially virulent and spreading fast, notably indoors.

Speaking of vaccination, Bozinovic said it was the shortest and least painful return to the life before the pandemic and that it would depend on the quantities of the vaccine Croatia would receive.

Speaking of a campaign aimed to motivate as many people as possible to get vaccinated, he said it should be carried out throughout 2021 and that promoters from different fields were welcome to participate.