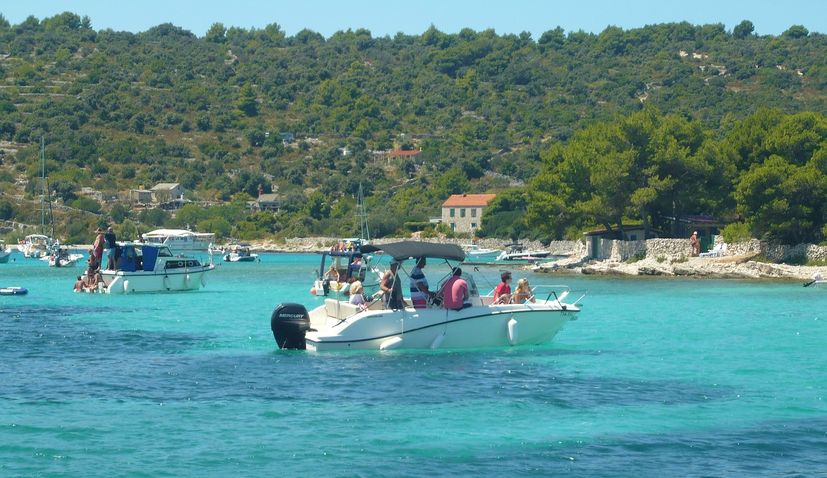 ZAGREB, 10 August 2020 – According to data from the eVisitor system, from 1-9 August, more than a million tourist arrivals and 7.2 million overnight stays were recorded in Croatia, which is about 70 percent of last year’s result achieved in the same period, the Croatian National Tourist Board announced on Monday.

During last weekend alone, from August 7 to 9, there were more than 323 thousand arrivals and 2.3 million overnight stays in Croatia, the Croatian National Tourist Board added.

Most tourist arrivals came from the German market, about 225,000, which is an increase of six percent compared to the same period last year. This is followed by the domestic market with 178 thousand arrivals, a jump of 18 percent, Slovenians 10 percent more, or 133 thousand, while the Polish market realised 109 thousand arrivals, 16 percent more than in the same period last year.

Looking at the destinations, so far in August, most arrivals were in Rovinj, Porec, Medulin, Crikvenica, Umag, Split, Dubrovnik, Zadar, Pula and Novalja.

“After an excellent July in which we achieved about 60 percent of last year’s result, in August we recorded even better tourist trends and are currently at about 70 percent of last year’s result. The markets that reacted best are territorially closer markets for which Croatian destinations are easily accessible by road, such as Germany, Slovenia, Austria, Poland, the Czech Republic, Slovakia and Hungary. We have directed our promotional and information campaigns towards these markets all the time, communicating that Croatia is a safe and well-prepared tourist destination. Also, with the increase in the number of airlines, tourist traffic in the southern parts of Dalmatia has intensified – said Croatian National Tourist Board Director Kristjan Staničić in a statement, adding that Dubrovnik and London are currently connected with 44 flights a week.

Also, Staničić warns that it is extremely important that all citizens continue to behave responsibly and adhere to the prescribed epidemiological measures because this is currently a prerequisite for the realisation of tourist traffic in the country.

Croatian Motorways (HAC) and Autocesta Rijeka – Zagreb charged a total of 36 million kuna in tolls last weekend, which is 30 percent less than in the comparable weekend last year, HAC reported on Monday.