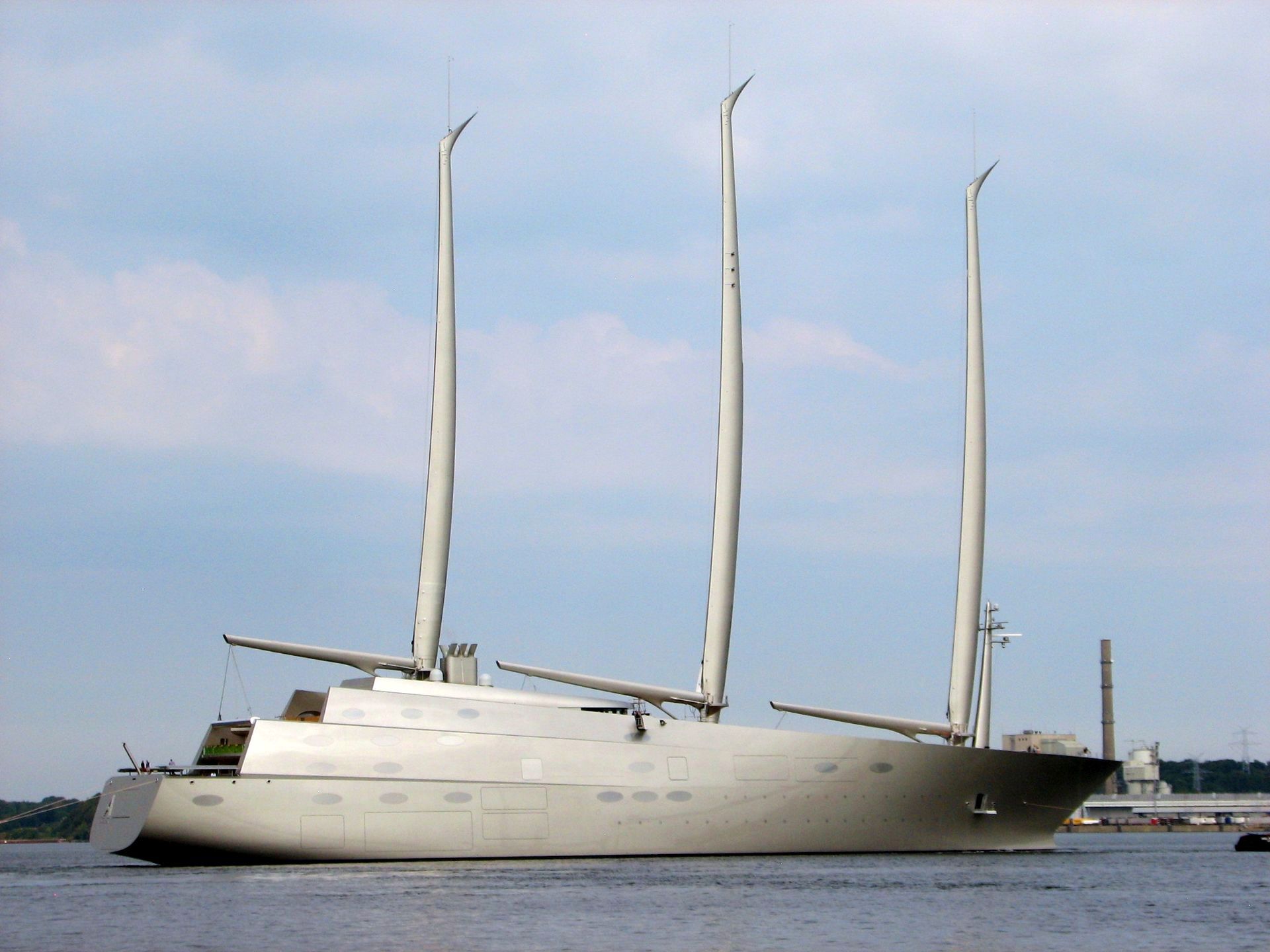 7 September 2019 – One of the world’s largest superyachts has been spotted in Croatia on Saturday morning.

The unique 142.8-metre sailing yacht A, which has an estimated cost of over $500 million, was docked near Lokrum, Dubrovnik on Saturday morning, Dubrovacki Vjesnik reported.

Designed by French architect Philippe Stark, sailing yacht A is currently the 10th largest superyacht in the world and is definitely one of the most futuristic. It was built by German shipyard Nobiskrug for Russian billionaire Andrey Melnichenko who is a regular visitor of the Croatian coast.

The yacht’s mast reach almost 100 metres in height, taller than the Big Ben in London. A, which can accommodate up to 20 guests and a crew of over 50 on eight floors, can reach a top speed of 20 knots without using her sails.

Some of the features include a swimming pool with a retractable roof, helipad, underwater observations pod and a touch-sensitive digital control system which can enable sails to be raised and lowered.

You can see photos of A in Lokrum this morning here and video of the yacht below.