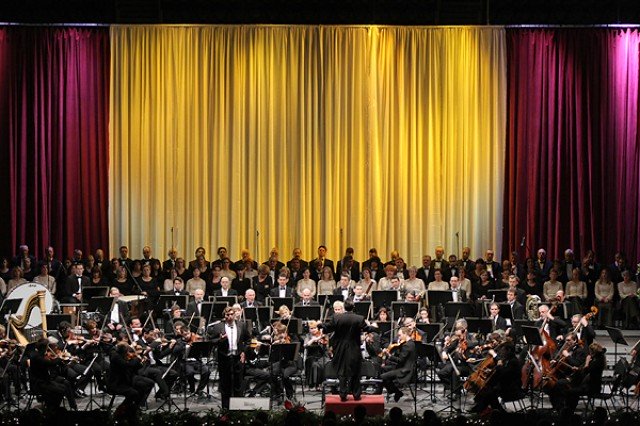 ZADAR, 23 December 2018 – Zadar’s most famous singer’s society and one of the oldest existing in Croatia, the Petar Zoranić choir, have had a very dynamic December, celebrating 110 years of existence with a number of performances abroad and in their hometown.

Celebrating 110 years of existence is a big thing. Hrvatsko pjevačko glazbeno društvo (HPGD) (Croatian Singing Music Society) Petar Zoranić from Zadar is a living piece of Croatian history and tradition and in November and December, they have been celebrating their big anniversary with a number of performances.

Silvija Romić, president of HPGD Petar Zoranić choir from Zadar, reveals to Croatia Week how they celebrated their anniversary, impressions from their recent concerts and what is in store for the future.

The Croatian Singing Music Society “Zoranić” has been operating since 1908, when a singing section singled out from the Croatian Society Sokol (founded in 1885).

At the founding assembly held on April 21, 1908, it was decided that the Society should be named after the author of the first Croatian novel, Petar Zoranić, in honour of the 400th anniversary of his birth During its extremely rich history, Zoranić has worked through various vocal and instrumental compositions and in the first year started the “singing and music school”, the first one in Dalmatia. The first and second World War stopped its momentum, and work was restored in 1945.

The activity then extends to the musical, dilatant and ballet sections. In one period in Zoranić there were children’s and youth choirs, a drama section which had several years of success, and for the past couple of decades, together with the mixed choir, there are active klapa (Dalmatian singing choirs) groups.

This month has been quite busy for Zoranić’s members. It started with performance in Belgrade, Serbia, on 1st of December, after that they performed in their hometown on event Advent in Zadar on 4th and 11th of December, also they performed the Zoranić Christmas concert on 18th of December in Rectors Palace. The next concert is scheduled on 27th of December at 7 pm in St. Anastasia (Stošija) cathedral in Zadar.

Silvija, can you tell us about the recent performance in Belgrade and your impressions.

The mixed choir of the Croatian Song Music Society “Zoranić” has just returned from a wonderful performance in Belgrade, where he held a full concert on the 1st of December in the church of St. Ante Padovanski. “Zoranić” visited Belgrade at the invitation of the Croatian Cultural Association “Croatian Cultural Center-Belgrade”, which operates in that city and regularly arranges guest performances by Croatian musicians, artists and writers. On this occasion, we would like to thank Ljiljana Crnić, president of the society, as well as Alexander Alac, vice-president, for the full assistance in organising the concert. The Choir presented at this concert entitled “Kao nekad pred Božić” with a selected a cappella program consisting of songs from Croatian and foreign authors, as well as occasional Christmas tunes. The arrival of Zadar in Belgrade attracted a large number of Croats living in that town, and the Ambassador of Croatia, Goran Bakot, also attended.

Zoranić as a symbol of the city of Zadar and Croatia is one of the oldest choirs.

HPGD “Zoranić” celebrates this year a big anniversary – 110 years of work! There are few amateur societies that can show off with such work, but “Zoranić” has truly marked a long period in the musical and cultural scene of the city of Zadar, the Zadar region, but also all of Croatia.

The motto of the society was “the Croatian song for Croatian consciousness”,  the first president was Dr. Mirko Perković. On December 21st of the first year (1908), the first solo concert was performed featuring a mixed choir and a male choir, an orchestra, quartet and soloists performed by Frano Lederer and Josip Chladek. The concert started with the Croatian anthem song “Lijepa naša”.

During this anniversary year, we had several events that marked this “young” birthday. On May 10th in the church of St. Nikola we had an evening of Zadar’s choir music for which our conductor Tomislav Košta prepared a repertoire composed exclusively of the choir works by Zadar authors. In September this year, we also had an exhibition in the City Lodge in Zadar named “Zadar Musical Gem”, and the grand finale of the celebration was the 110th Anniversary Concert, held on November 20 in the cathedral of St. Anastasia (Stošija). 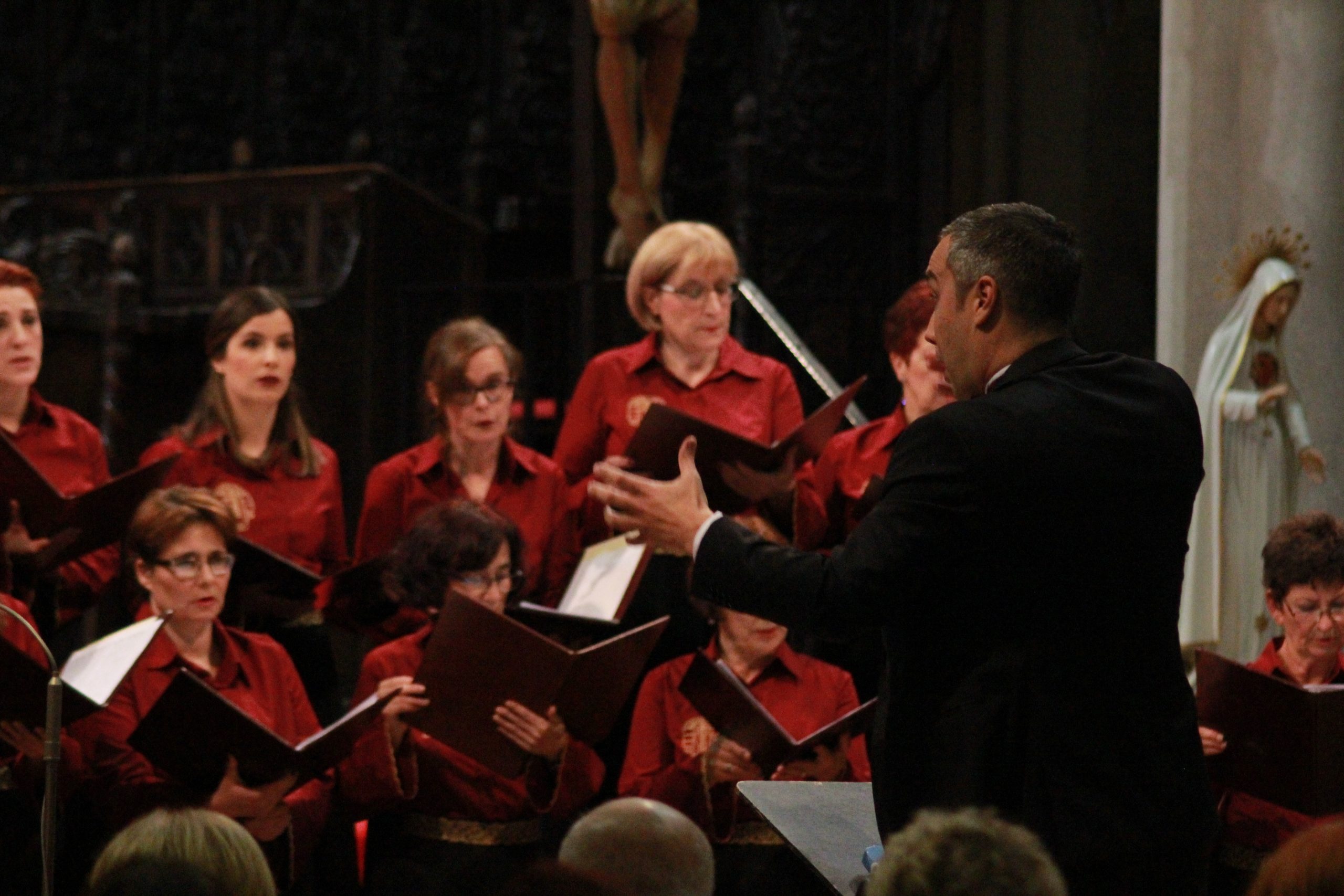 Can you explain the tradition of Zoranić, the members, and awards you would single out?

In fact, it is difficult to present the whole history of this society through a few sentences because during its extremely rich history Zoranić worked through various vocal and instrumental ensembles, and already in the first year of existence started its own “singing and music school”, the first in Dalmatia.

There have been many awards over this long period. The choir has recorded many successful performances but also won prizes at competitions at home and abroad. At a competition in Zwickau, Germany, in 1995, besides winning the silver plaquette, Zoranić’s choir under the guidance of master Antun Dolić won a special prize for the best composer performance of the 20th century for “Zora puca”.

In the same year at the choir competition in Croatia, it won the Golden Cross of Čika, and many other equally valuable awards followed over the years. Zoranić has also been awarded public acknowledgment of the city and county. 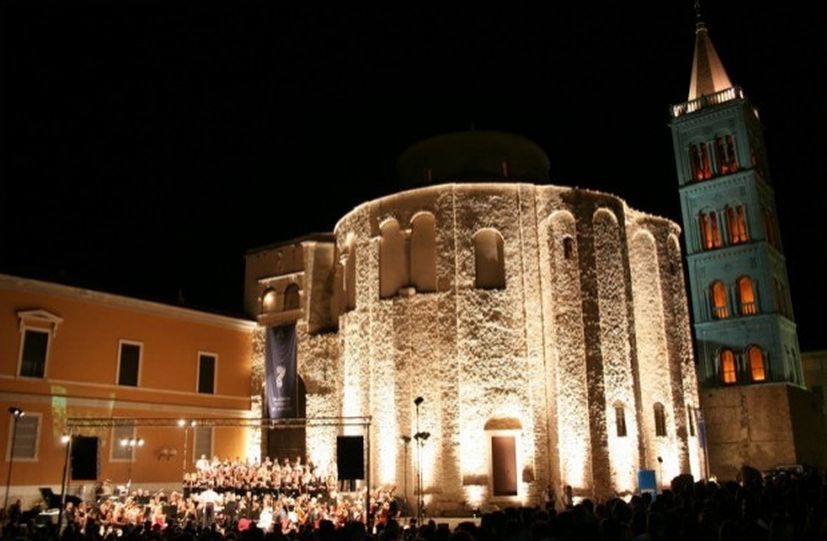 In 2017, the choir won the bronze plaquette, and also in Pula in 2018 at the 1st International Competition of Canton Istria Cantat. Furthermore, in May of this year, in Zadar, Zoranić performed at the International Choir Competition and won third prize.

At the recently held Croatian Choir Festival in Rovinj, in October, Zoranić won the silver plaquette.

Can you reveal where you are going to perform in the future, throughout 2019

Till the end of this year, we have a nice number of performances, we are invited to visit Novigrad and we are very happy to perform in beautiful places in our Zadar county.

2019 will surely bring a number of new challenges for the choir and conductor, so we believe that there will be interesting roles, as well as participation in choir competitions.

More about this traditional and historical society, their activities, and concerts you can check out on the official website https://www.hpgd-zoranic.hr/index.php