Croatia is in Group B at the Olympics with Serbia, Spain, Australia Kazakhstan and Montenegro. They will start their campaign  in Tokyo on July 25 against Kazakhstan.

“This is the most difficult decision for every coach and selector. After the initial qualifications for the Olympic Games and then exhaustive preparations, we have selected thirteen players who will represent Croatia at the Olympic Games. These are, in my estimation, in consultation with other collaborators, the best thirteen at the moment. I want to thank all the players who have been involved in the preparations of the national team from the beginning. Thanks to their joint work, desire and will, we have successfully produced thirteen top quality players. Thanks to each one individually. Success in Tokyo will be our joint success,” said Ivica Tucak, coach. 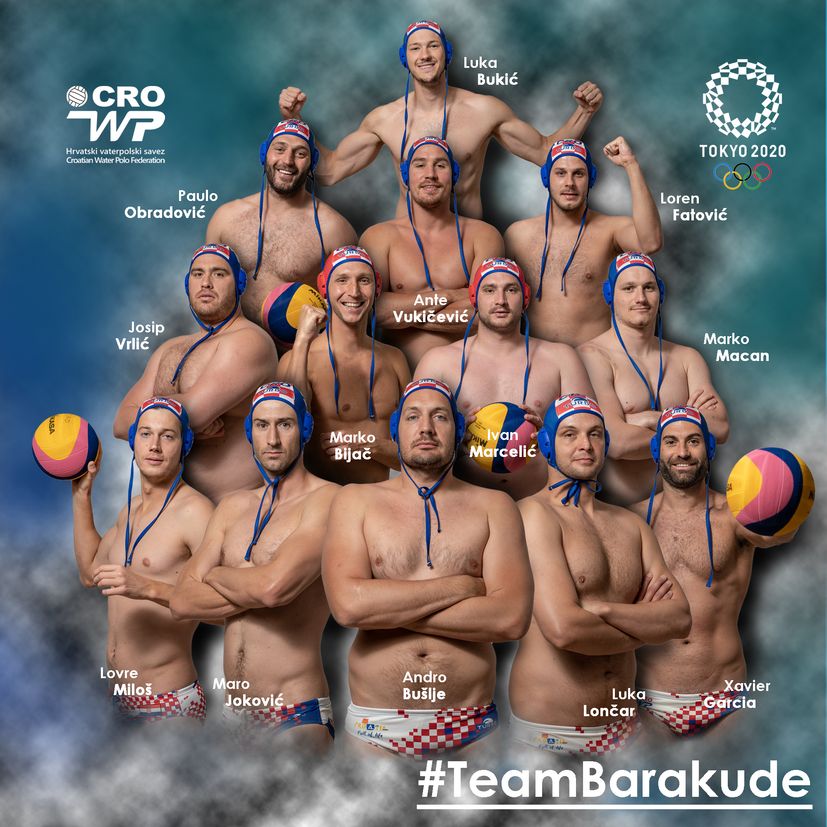 The national team is still working hard on preparations for Tokyo, and today it travels to the tournament in Cagliari where it will meet the national teams of Italy and Russia.

Croatia will play its first match on Friday, July 9, at 8.30 pm against the Russian national team, while the next day, July 10, it will play against the hosts Italy at 7 pm. After the end of the tournament, on Sunday the national team will go home and gather again in Zagreb on July 15, where it will continue its preparations until it leaves for Tokyo.