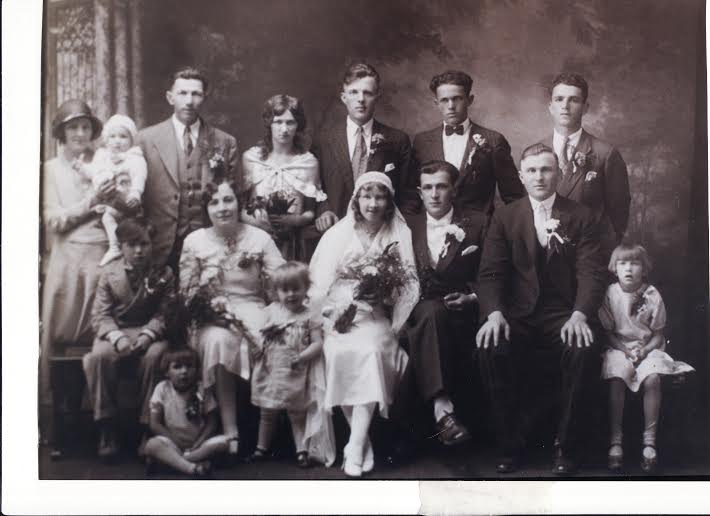 For the past year, the Pavelich and Krmpotich families have been planning their first family reunion, to be held July 22-24, 2016…

A celebration of family and community will take place this summer when the Pavelich and Krmpotich families will hold their first family reunion from July 22-24, 2016. Original members of the two familiesimmigrated and settled in Sault Ste. Marie at the turn of the last century and were followed by many more in the 1920s and later. The reunion is expected to attract 200 descendents from Canada and the US.

Planning Committee spokespersons Ron and Bob Krmpotich, brothers of hockey great Marty Pavelich and Hall of Fame NHL official Matt Pavelich, reviewed the full slate of activities. The Croatian Hall will appropriately be the venue for the opening reception on Friday evening followed by the reunion dinner on Saturday. A self-guided tour will take participants to the city’s original Croatian neighbourhoods, business locations and provide an opportunity to locate ancestors in their final resting place. Following a mass at St. Gregory’s Church, a farewell brunch will be held at The Machine Shop. The latter is of special significance as many Croatians found work with the paper mill as well as the steel industry during the early years following immigration.

A key feature of the weekend will be presentations and interviews led by Frank Jankać and Stan Granić, who have been conducting extensive research on Croatians in Canada and the history of the Croatian Diaspora. In addition to researching the contributions of Croatians to the development of Canadian society, Mr. Jankać is leading the Croatian Canadian Internment Project which will uncover the detention of Croatians as enemy aliens and prisoners of war in Canada during the Great War.

Sault Ste. Marie was an internment station which held immigrants for questioning before sending them as POWs to one of over twenty camps set up by the Canadian government from 1914-1920 . Mr Jankać’s research indicates at least 16 local persons of Croatian descent, including members of the Pavelich and Krmpotich families, were held in forced labour camps. “This reunion will renew the bonds of family and community as well as celebrate the pioneer Croatian families of Sault Ste. Marie and the Algoma district who, like many other immigrants to the area, overcame many hardships to build a better life in Canada,” said Mr. Jankać.

About the Pavelich and Krmpotich Family Reunion
The Pavelich and Krmpotich families were established in Sault Ste. Marie at the turn of the last century. Family members were instrumental in area business development as well as the mining towns of Park Hill and Wawa, built the now-demolished Krmpotich block, once a hub for the Croatian community and were founding members of the Croatian Hall and Our Lady of the Highways Roman Catholic Church. Family members are expected from Quebec, Ontario (Toronto, Ottawa, Windsor, Thunder Bay, Sioux Lookout, Sault Ste. Marie), Hibbing, MN, Big Sky, WY, and Chicago, IL. The family has a private member Facebook site, “Pavelić and Krmpotić Descendents”.
Contact