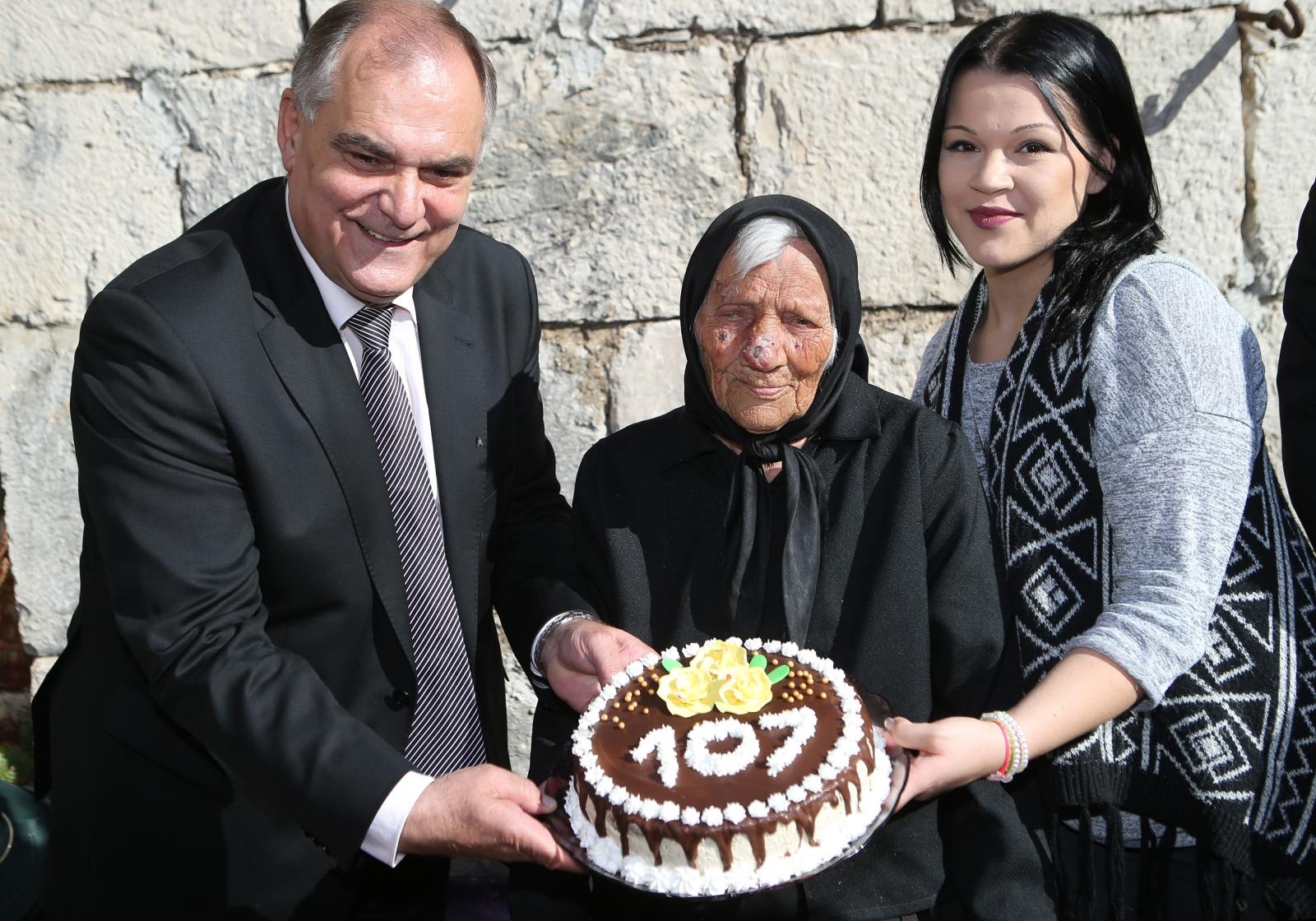 The oldest living person in Croatia’s Split-Dalmatia County has turned 108 on Saturday.

Anđa Perić, who is from Kotlenice near Dugopolje, around 20 km outside of the city of Split, celebrated her 108th birthday today surrounded by her family.

On her 107th birthday last year Anđa said that she still felt like a young girl but after the death of her brother (96) earlier this year she has been confined to bed.

“Up until her brother’s death she was full of life, but after that, she says it would better if she died. Till then she was healthy, took no tablets and every day drunk 100 ml of homemade wine and loved meat,” her son, Vlado (75), told 24sata.

Anđa never attended school and the first time she visited the doctor was when she was 100 when she had to have a hip operation.

Besides a healthy, village life, Vlado says genetics were the most important for her longevity.