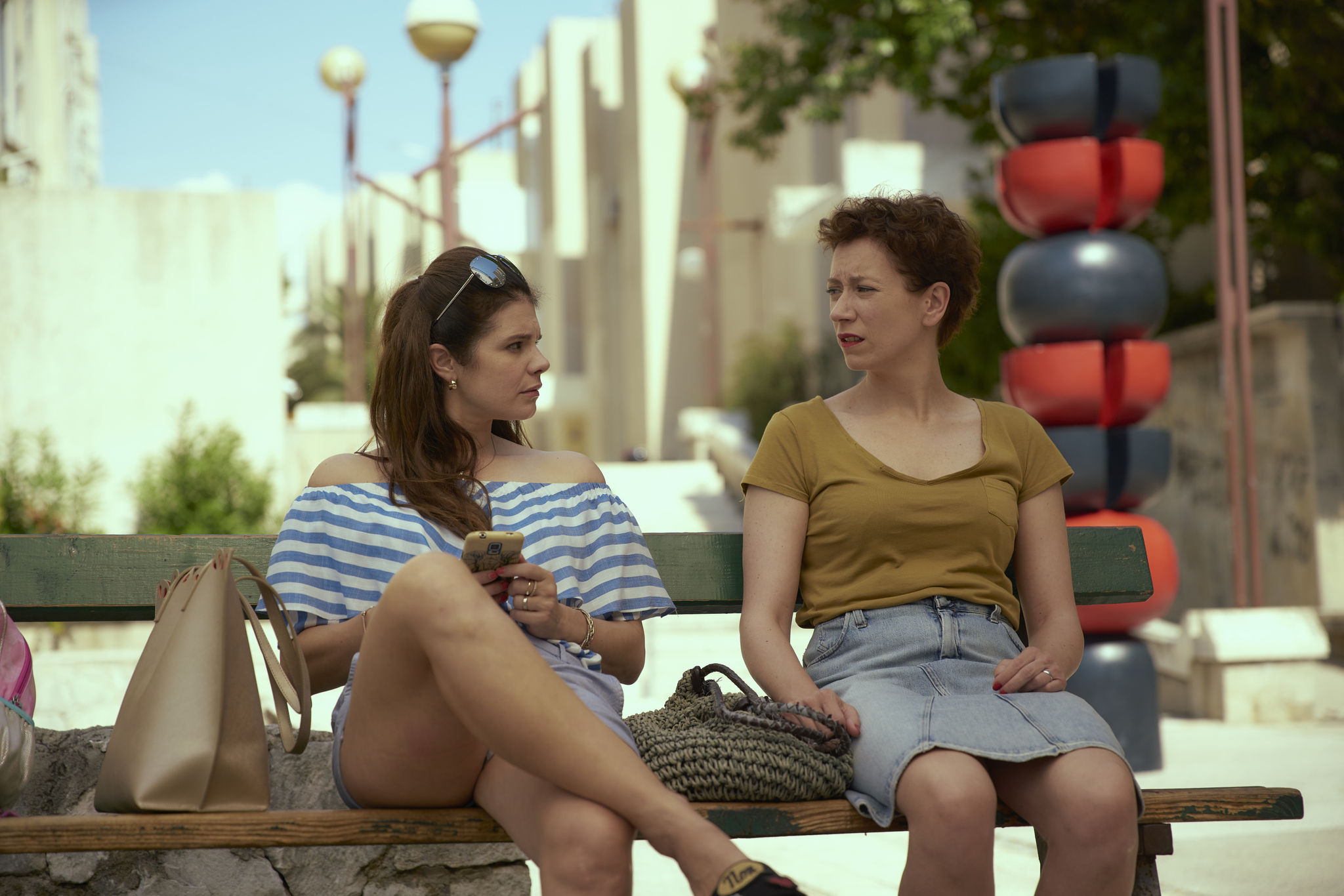 Zagreb, November 15, 2020 — After eight exciting days filled with films and online marathons which featured around 100 films in several programs and the audience’s response exceeding all expectations, the winners of this year’s, in many ways unusual and different edition of Zagreb Film Festival, were announced.

The feature film professional jury was composed of the Serbian director and last year’s winner of Zagreb Film Festival Ivana Mladenović, Slovakian screenwriter, director and producer Marko Škop, and Slovenian director Damjan Kozole. The jury gave the Golden Pram Award for Best Feature Film and 4000 Euros to the film Oasis by Ivan Ikić, a co-production of Serbia, the Netherlands, Slovenia, Bosnia and Herzegovina, and France. The jury explained their decision: This film portrays people who have been isolated all their lives and who rarely get a chance to be best at something.

This film transcends the best film category and limits of best actors, and by doing so it offers a helping hand to the ones who need it most, giving them the chance not only to become exceptional actors but also to express themselves and show that love doesn’t require much and that they’re capable of it. The Golden Pram Award goes to the director and his team who managed not to betray the trust they’ve gained to be the ones who will convey to the world the cries of those no one wants to hear. 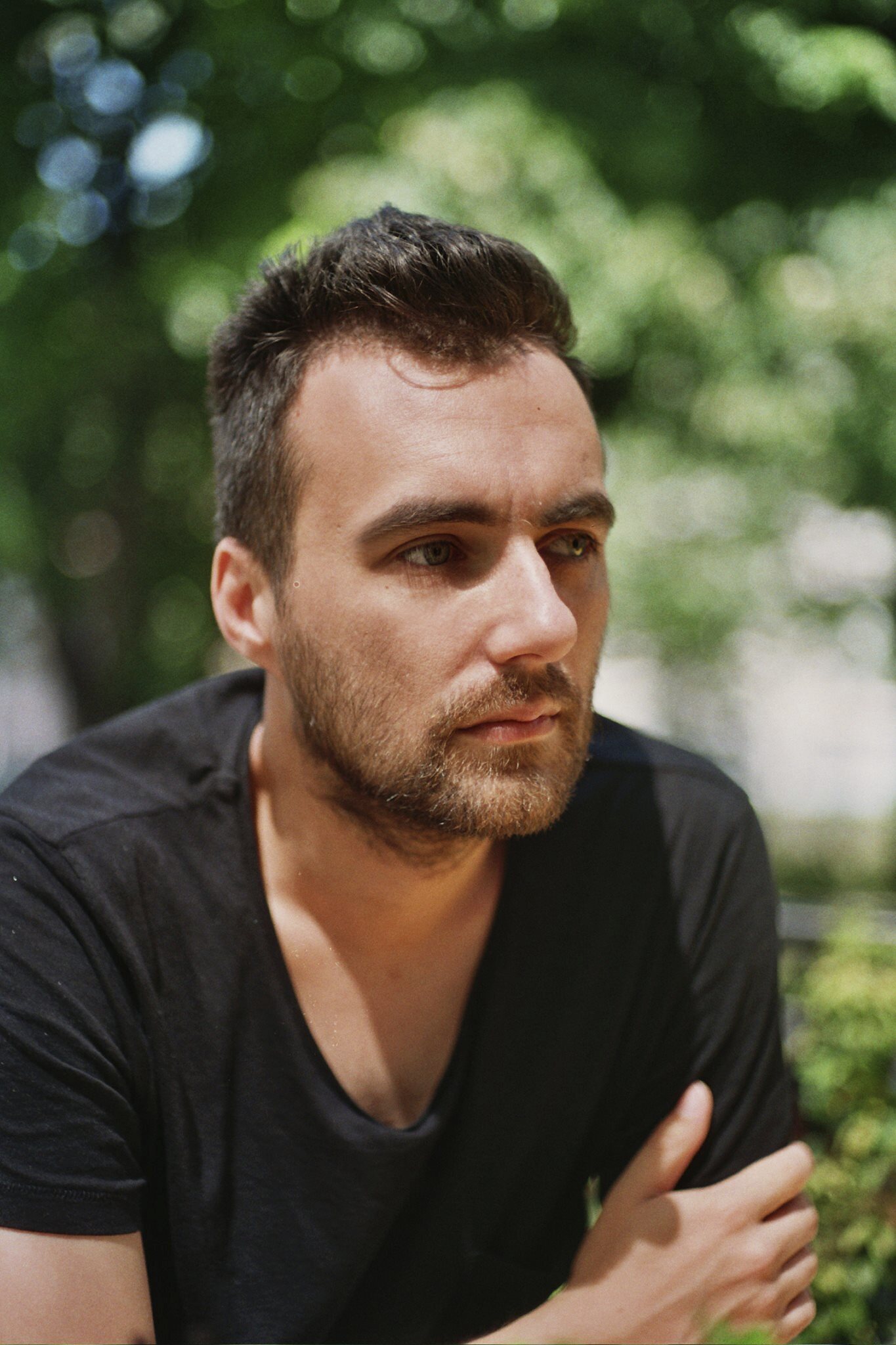 The jury of the international short film and national short film program, Checkers, was composed of the Croatian filmmaker and director Rino Barbir, Serbian director Stefan Đorđević, and Montenegrin producer Ivan Đurović. The jury gave the Golden Pram Award for International Short Film and 1000 Euros to the French film Dustin by director Naïla Guiguet for an authentic depiction of a group of ravers whose emotions escalate as the party and after-party come to a close. Exciting and, at the same time, a melancholic film with a thrilling, documentary representation of a break up with the author’s almost insider insight into the Paris queer scene. The Special Recognition in the category of International Short Film goes to the Columbian-American Between You and Milagros by director Mariane Saffon. 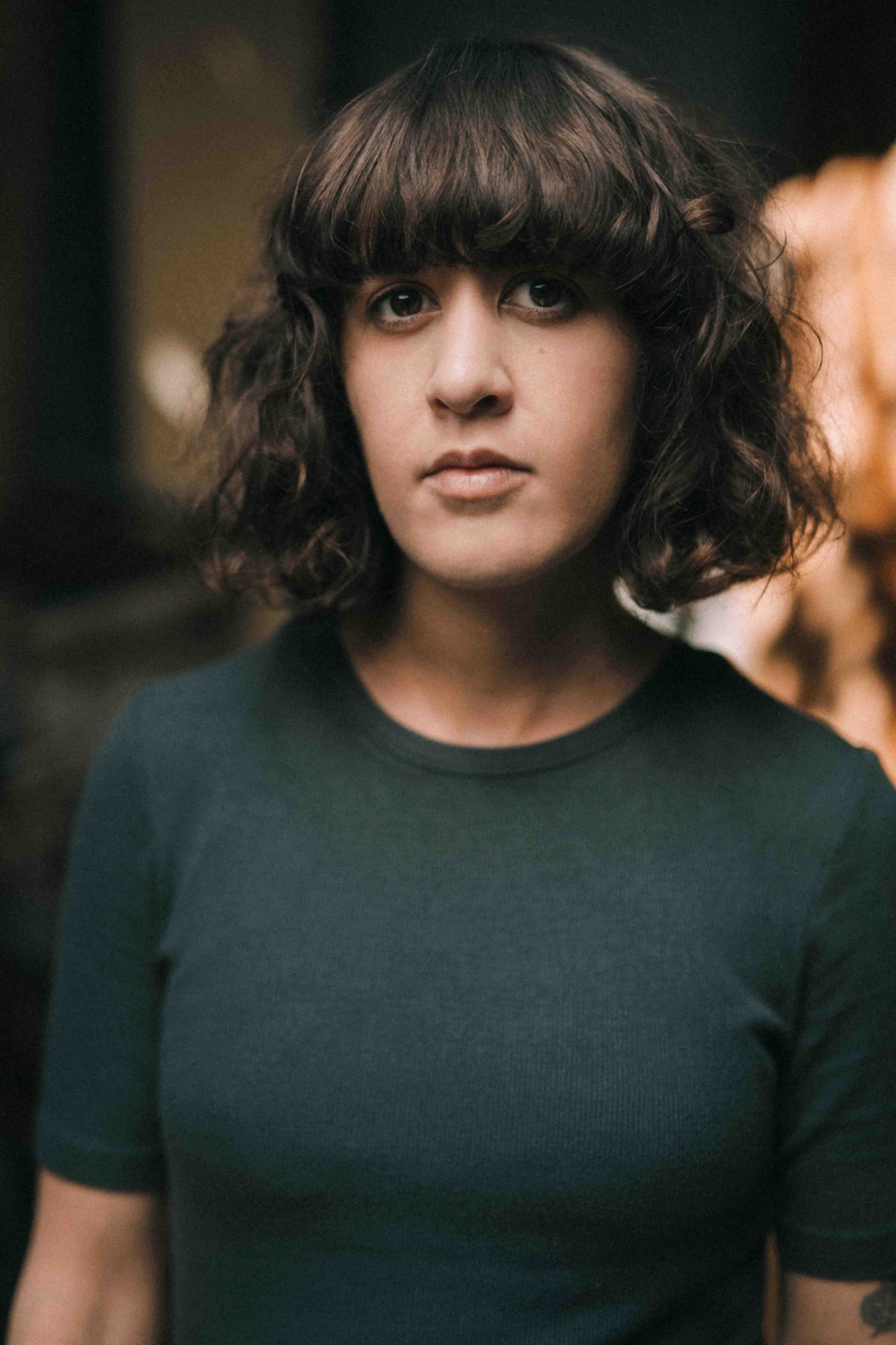 The Golden Pram for Best Short Film in the Checkers program goes to the film Forest by Sara Grgurić. An intimate portrait of love between two people who have lost their relationship in their search for themselves. Thanks to the genuineness and subtleness of actors, the unobtrusiveness of the aesthetic which draws us into the emotion of the film and the need to articulate and put forward personal feelings, this film evokes something special in us, the jury explains.

Along with the sculpture, director Sara Grgurić won the 10 000 kuna prize. The special recognition in the Checkers program goes to the film I’m Not Telling You Anything, I’m Just Sayin’ by Sanja Milardović. 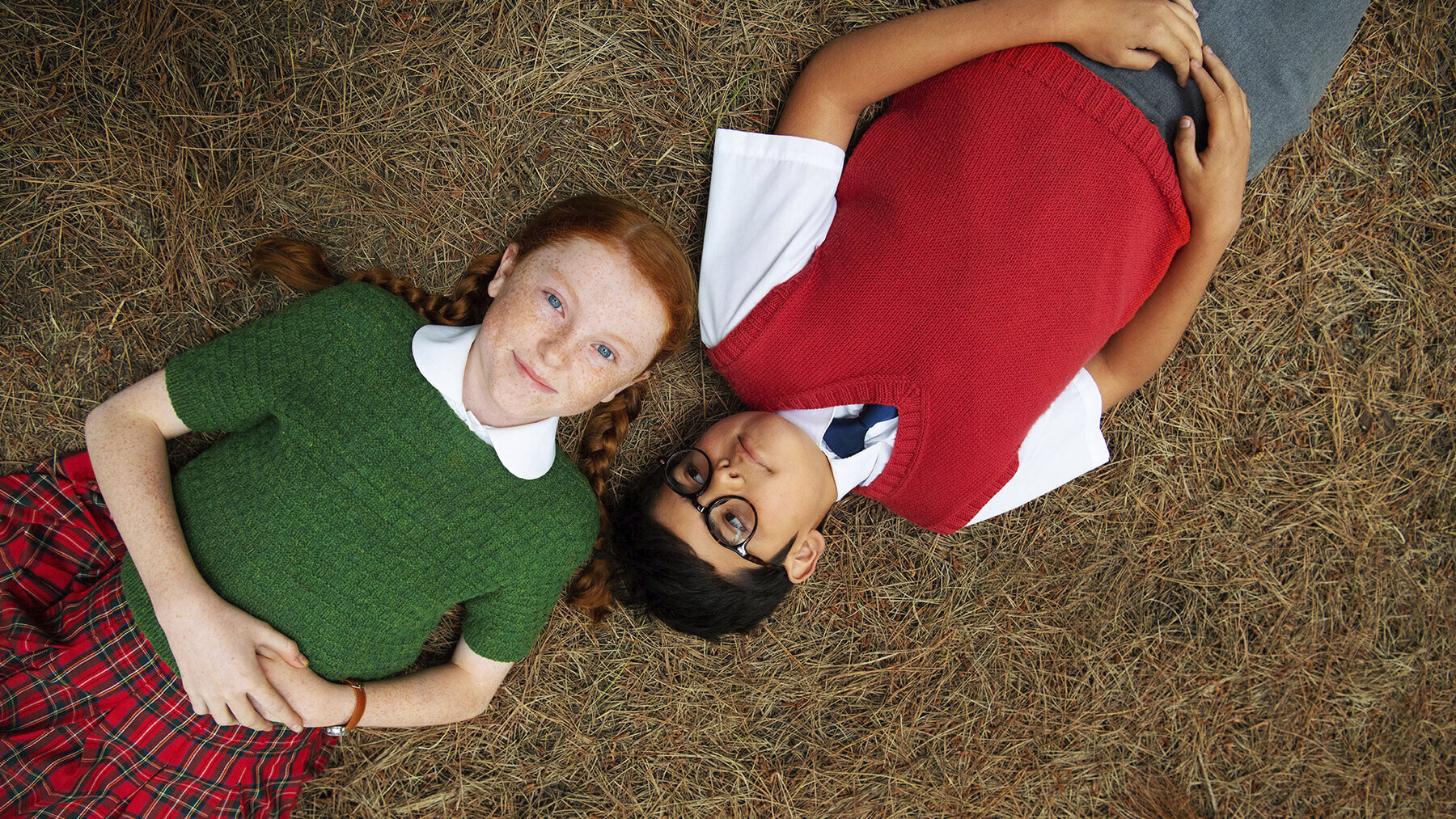 H is for Happiness

Online votes of ZFF’s audience “decided” the best film from the Together Again program, which features films of directors whose first or second films were part of previous ZFF programs. The absolute winner of the Pula Film Festival, Tereza37, directed by Danilo Šerbedžija and written by the main actress Lana Barić will add ZFF’s Golden Bicycle to its collection of awards.

The best films in the KinoKino festival were chosen by two juries. The professional jury composed of producer and director Marina Andree Škop, educational program manager of Rijeka Art-Kino Barbara Zupčić, and actor Frano Mašković. The jury gave the Best Film Award to the Australian H is for Happiness by John Sheedy. Special Recognition was given to the Dutch children’s film Jackie and Oopjen by director Annemarie van de Mond. The children’s jury, composed of Petra Bokun, Lun Val Sakoman, Lars Štern, Martin Šamanović and Nora Weygand, awarded the Austrian film Oskar & Lili, Where Nobody Knows Us by director Arash T. Riahi, who also won the Audience Award of the KinoKino festival. 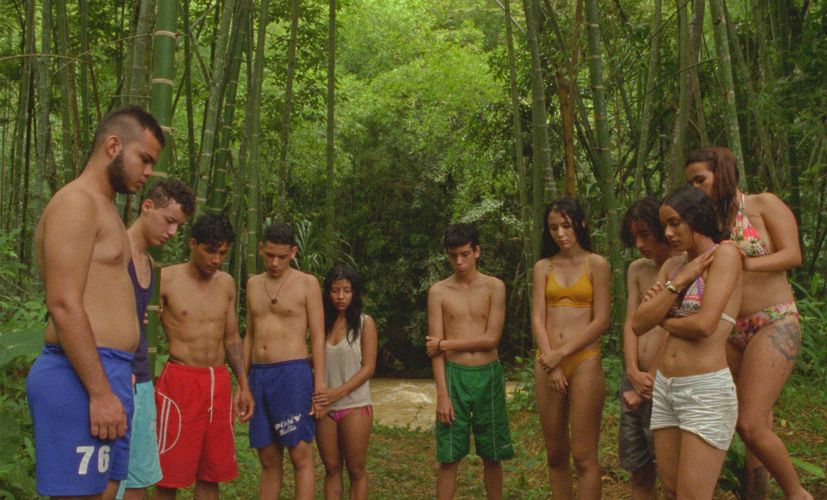 Between you and Milagros

Due to the epidemiological situation, the Zagreb Film Festival came into adulthood over the internet, and all the programs – four competition, two side programs, and children’s KinoKino festival program – were shown on online platforms www.kinoeuropa.hr and www.croatian.film. The latter one, created as an addition to Checkers and an international platform for the promotion of Croatian short film, passed the 100,000 views mark during ZFF.

Festival conversations moved from cinemas to the virtual space as well, so ZFF hosted a number of professionals from around the world in the Industry programs. Among them were the renowned Romanian filmmaker Radu Jude, American script-doctor Bobette Buster, screenwriter and producer Valeria Richter, producer Helene Granqvist, creative director of a German studio for video-game production, Jo-Mei, Cornelia Geppert, co-founder of the Franco-German accelerator program, SpielFabrique, Thierry Baujard, and many others.

The audience’s response was beyond our expectations. If some of the screenings were watched by two or more people at home, we can conclude that today we close the curtain on yet another record edition of ZFF. We’re proud we managed to hold the largest online festival in Croatia with no big issues. We are especially glad there is an increased interest in other films from the online catalogue of Europa Cinema, as well as for the short films on the croatian.film platform, which we hope to keep after the festival, and for the interest in Father and Undine, distributed by Zagreb Film Festival, which starts screening this week in cinemas across Croatia, Boris T. Matić concluded.

Zagreb Film Festival is financially supported by the City Office for Culture, Croatian Audiovisual Center and Creative Europe — a MEDIA sub-programme. Media partners are Jutarnji list, Yammat FM and Gold FM. Monetary awards for best feature and short film are provided by Addiko Bank, and the best film from the Checkers program is sponsored by the Croatian Film Directors’ Guild. The festival is supported by Zagrebačka Pivovara, Mastercard, FED, and many others.