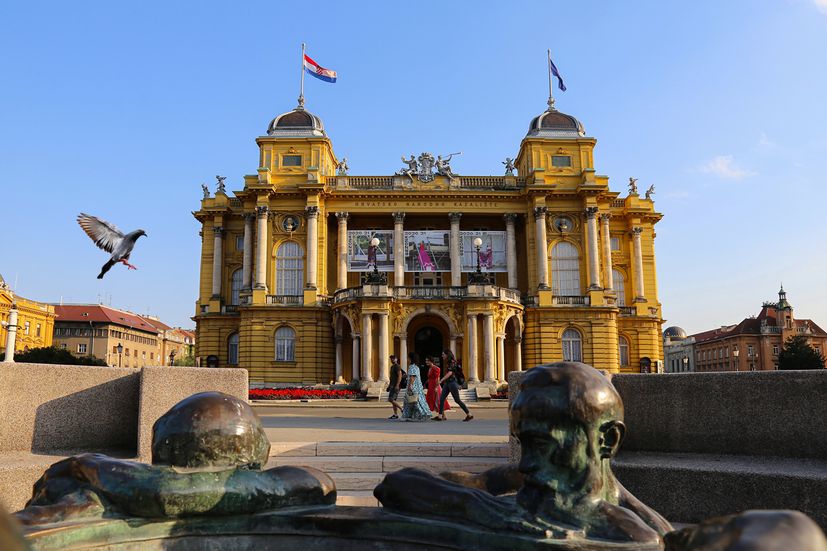 ZAGREB, 28 March (Hina) – The number of students from Chile attending university programmes in Croatia has doubled this year since the previous school year, and Croatia can expect even more Chilean undergraduates after the election of Gabriel Borić, who has Croat roots, as the president of that South American country.

This academic year, there are 45 Chilean students enrolled in the ongoing semester course of Croatian Language and Culture provided by Croaticum Centre in Zagreb.

In the last five years, 163 students from Chile have attended Croaticum programmes.

In Chile, a country with 19 million inhabitants, there are about 400,000 ethnic Croats, who make up 2.4% of the total population.

The newly-elected president Gabriel Boric is a descendant of Croatian emigrants, and his great grandfather arrived in Chile from the Croatian island of Ugljan off Zadar.

Lector for the Croatian language at the University of Magallanes in Punta Arenas, Kristina Barišić, has said that Boric’s election has contributed to a growing interest of the Chilean general public in Croatia.

This was also an encouragement for Croatian expat communities, she told Hina.

Two undergraduates of that university, Makarena Mansilla Carrasco and Javiera Astorga Vodanović, are among the current students of the ongoing semester course of Croatian Language and Culture at Croaticum Centre in Zagreb.

Makarena has told the ITV Patagonia broadcaster that she was highly motivated to get better knowledge of the culture of Croatia.

This 26-year-old student of psychology has received a scholarship of the Croatian government and  agency for mobility and EU programmes for the continuation of her education in Croatia.

Javiera, who enrolled in the Nutrition and Diet at the Health Sciences Department of the Punta Arenas university, says that the possibility of being awarded the scholarship for education in Croatia has given an additional impetus to her to learn the Croatian language.

Javiara, 23, who is currently staying in a student dorm in Zagreb, admits that the stories that Croatian is difficult to learn have additionally motivated her.