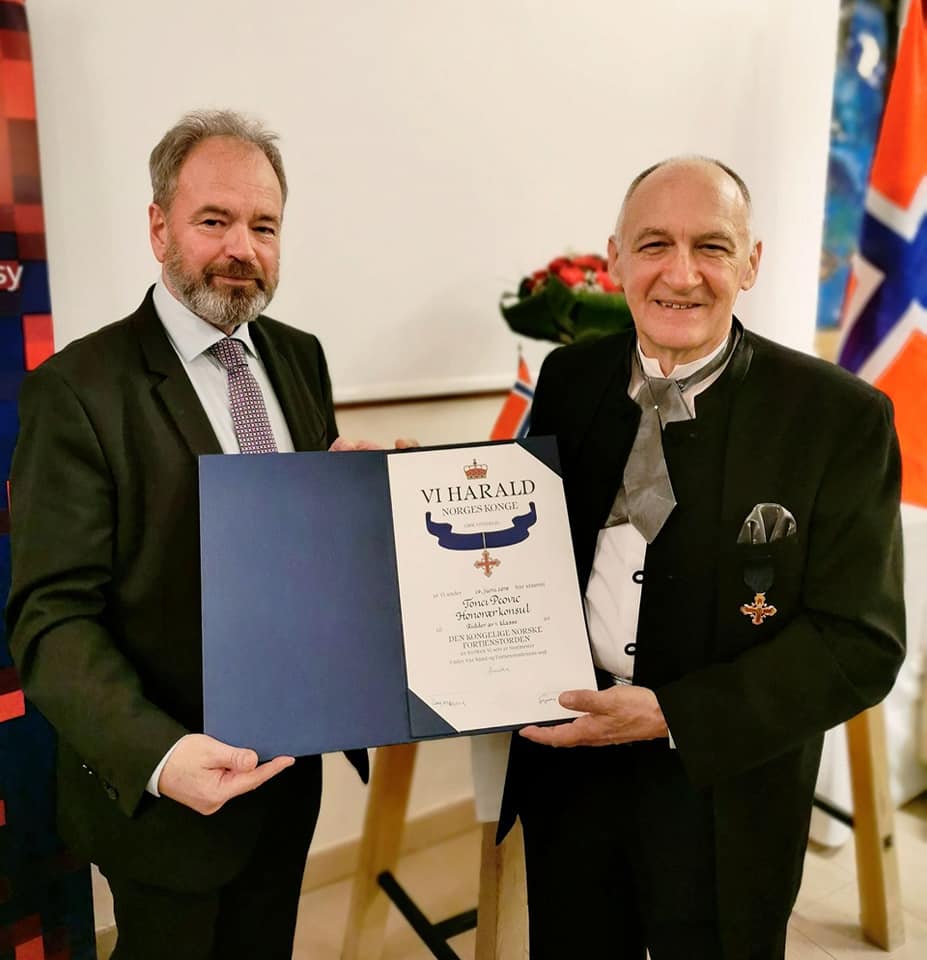 The medal and diploma were presented to him by the Norwegian ambassador to Croatia, Haakon Blankenborg, at a ceremony in Dubrovnik on Tuesday evening.

Addressing the ceremony, Peovic called it a great recognition for his self-effacing work. He said he had been of service to Norwegians visiting southern Croatia and had helped them in cases of loss of documents, traffic accident, hospitalisation and even death.

“Today, relations between the two countries are very good and friendly. We share the same cultural values, and our friendship goes back to the aftermath of World War II. In the tourist season we have a lot of Norwegians as guests, and this crisis has brought many Croatians to Norway,” Peovic said. 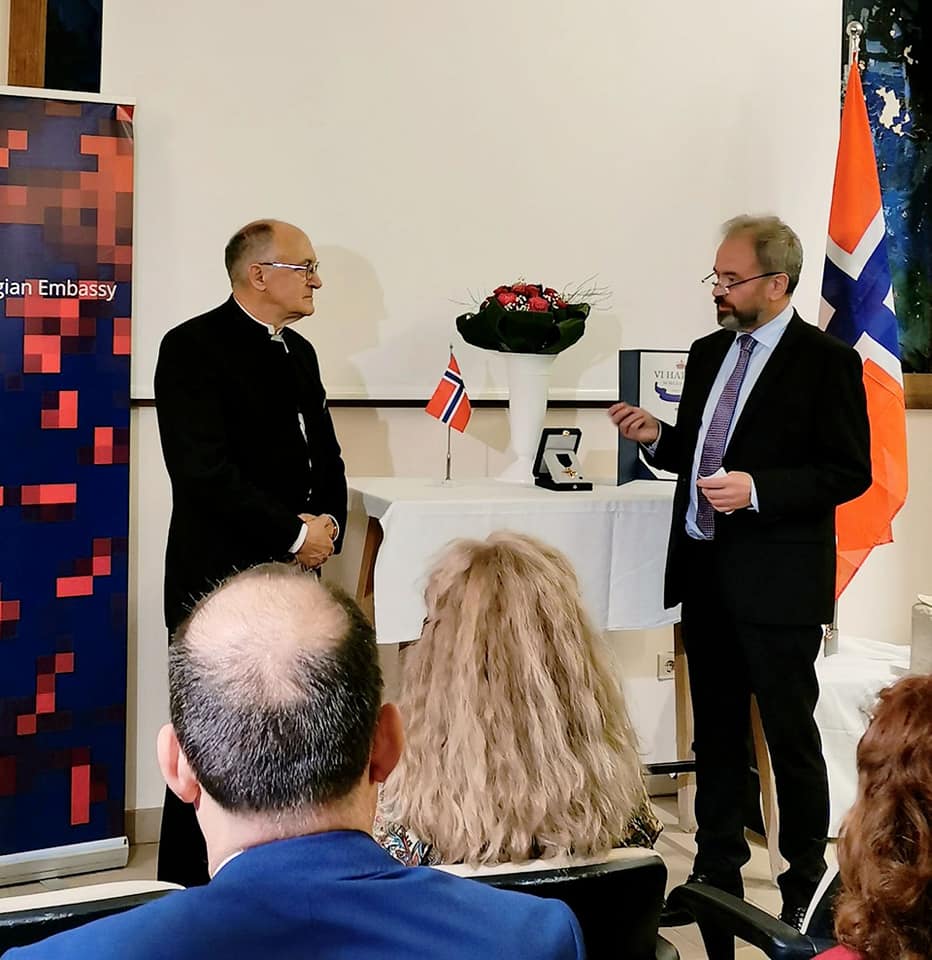 Blankenborg described Peovic as “an important bridge between Norway and Croatia”, saying that Norwegians were grateful for his contribution. “For us at the Embassy you are not just an honorary consul, but also an adviser. You always seek solutions and concrete results. You’re not just a personification of an honorary consult, but to us Norwegians you are also an institution,” the ambassador said.

King Harald V awards the Royal Norwegian Order of Merit to Norwegians and foreigners abroad for outstanding service in the interests of Norway. The order was instituted in 1985.