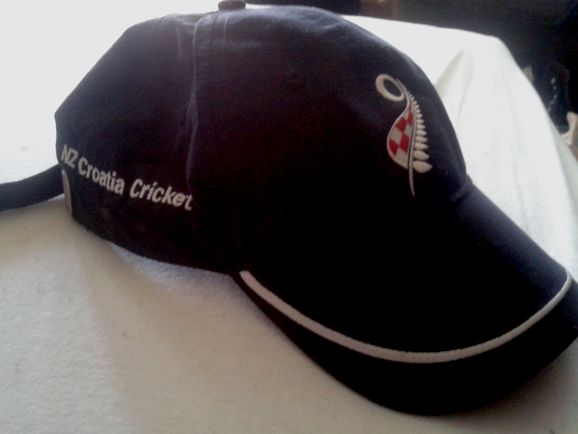 New Zealand cricket’s diversity has added another feather to its cap with the formation of new representative side New Zealand Croatia – and they’re already set to embark on a maiden international tour.

Cricketer Joseph Yovich, an opening batsman for Northern Districts in the Plunket Shield, is one of the founding members of the New Zealand Croatia side.

Says Yovich, “There’s a number of us Kiwis with Croatian heritage on the New Zealand first-class scene – the likes of myself and Anton Devcich for Northern Districts and Dusan Hakaraia for the Auckland Aces, and many people may not realise that Croatia itself has a 200-year history in the game – and that New Zealand has a strong linkage with the cricket played in Croatia today.”

Cricket was first played in Croatia in 1811 on the island of Vis when the British set up a naval base on the island during the Napoleonic Wars. After the British left and took their equipment with them, cricket died off until a group of passionate Australians and New Zealanders returning to their familial homeland in the late 1990s rekindled local interest in the game. Croatia now boasts a number of clubs up and down the country and, thanks to a spectacular geographic location and reputation for fantastic cuisine and wine, has become a popular destination for touring sides from around the world – one of which was the famous Marylebone Cricket Club (MCC) in 2009.

The New Zealand Croatia squad to the Cook Islands features four New Zealand-based players who were instrumental to cricket’s revival in Croatia through its advance in the ICC European tournaments to the top echelon of Division One in 2011: current Croatia internationals Paul and John Vujnovich (who is Croatia’s captain), Tony Govorko and former international Anton Vujcich.

Says Yovich, “New Zealand Croatia is distinct from the Croatia national team, and creates another great opportunity for cricketers with Croatian heritage in New Zealand to unite, to learn more about the 200-year history of the game in Croatia and the link it has with New Zealand. It’s strengthening those bonds within the game, and at same time we’ll be helping develop cricket in the Cook Islands – an ICC affiliate member which itself has very strong links to New Zealand and particularly Northern Districts, which assists with coaching and resources in the islands.”

The week-long tour of Rarotonga will see New Zealand Croatia visit schools and help grass roots development in the Cook Islands, as well as promote the growing women’s game in the Cook Islands by playing two exhibition matches against the Edgewater Cook Islands national women’s side. In the official tri-series, New Zealand Croatia will meet the ANZ Cook Islands Under-19s in two Twenty20s (August 12 and 13) before taking on the PITT Media Cook Islands national men’s team on August 13 and 16. Yovich visited Rarotonga two seasons ago with the SKYCITY Northern Knights on a 2011/12 preseason training camp and was instrumental in forging links for the tour.

“I have been fortunate enough to build a relationship with (New Zealand expat and Cook Islands Cricket CEO) Alister Stevic, who has made a remarkable effort in promoting the game of cricket in the Cook Islands and is doing a tremendous job of building the sport at all levels there.

“Alister also has strong homeland roots to the region, as well as New Zealand and Northern Districts, which makes our relationship that much more special. So it’s a fantastic opportunity for the New Zealand Croatia team to come together offshore and put their skills on display whilst embracing the Cook Islands culture at its best and assisting with the good work that is happening there. Along with the Cook Islands Cricket Association, I would like to make a special mention of the support shown from the Edgewater Resort and Spa in Rarotonga and all the local Cook Islands cricket sponsors (ANZ, Computer Man, Pitt Media Group and Cook Islands Tourism) who have made this tour possible.”

Links in sport between New Zealand and Croatia do not stop at cricket. Former All Blacks Frano Botica and Matthew Cooper share Croatian heritage, and donned the red and white checkers of Croatia for important World Cup qualifiers in the late 1990s. Former Australia test batsman and New South Wales batsman Simon Katich has also been actively involved in promoting cricket in Croatia.