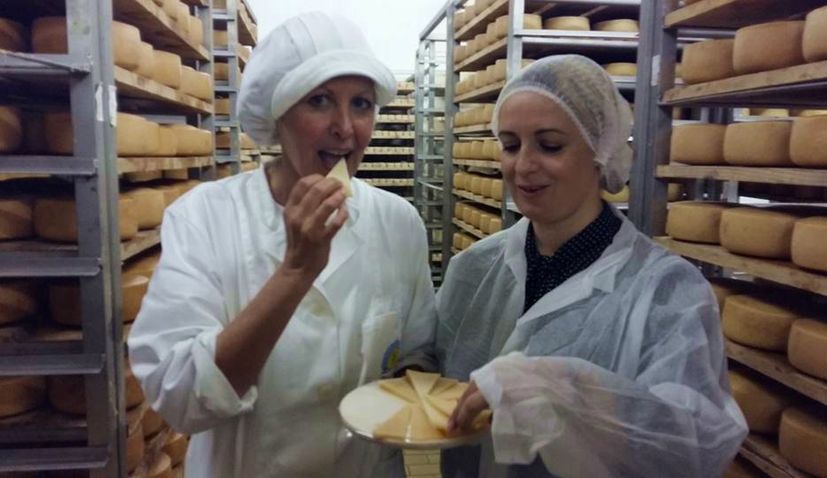 An award-winning home craft cheesemaker from New Zealand has just returned to home after spending a week at leading Croatian cheesemakers Paska Sirana on the island of Pag.

Sandra Crone, who is from Nelson in New Zealand, discovered Paska Sirana via the internet after reading about their gold medal wins at various global cheese awards.

Curious to learn more from the best, Sandra sent a request to Paska Sirana’s Facebook page asking if she could join them to learn more about hard cheeses and semi-hard cheeses, especially using sheep milk.

Sandra was named the champion in the Curds & Whey home crafted cheese and cheesemaker category for her mozzarella, as well as picking up two gold medals for mozzarella and halloumi, and a silver medal for yoghurt in New Zealand earlier this year.

She has just returned home from Paska Sirana and we were curious to hear her impressions.

How long did you spend at Paska Sirana and what did you do whilst there?

I was there for a week and worked in production but also worked in the aging room and packaging area. Also while I was in Pag I visited the salt production and sheep farms. 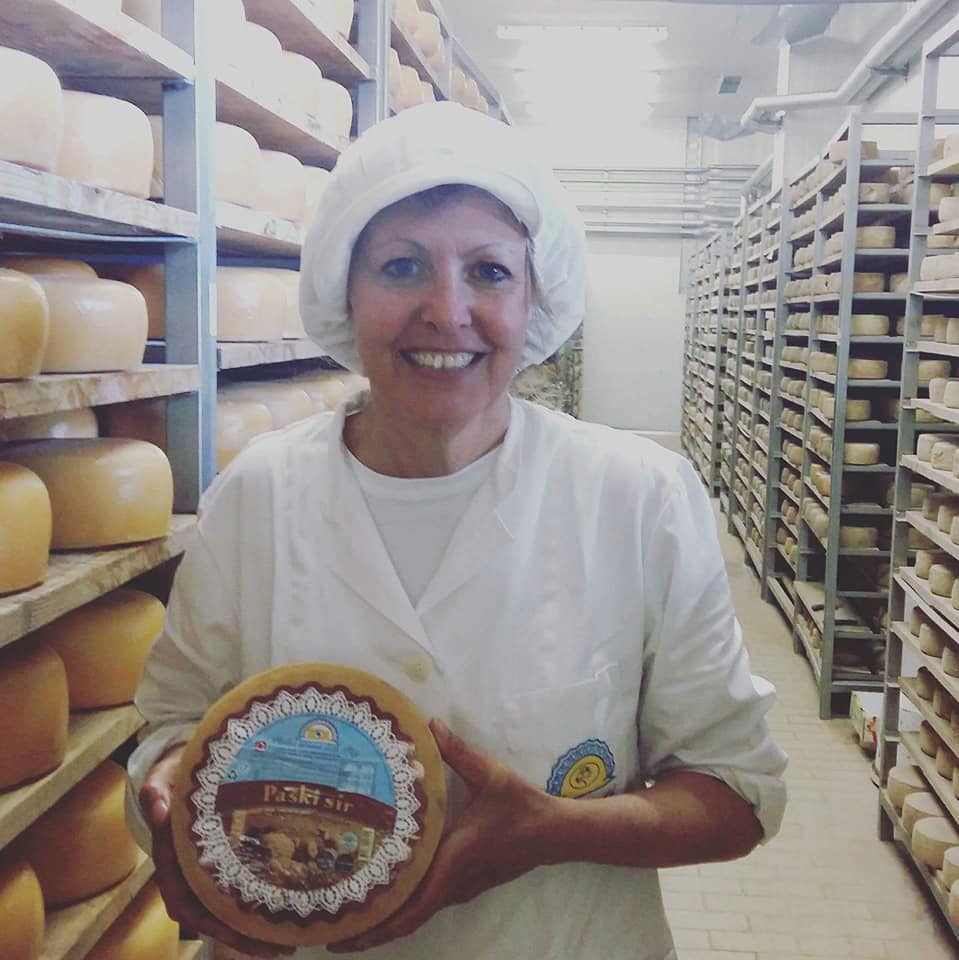 What are the main differences about processes of cheesemaking in NZ and on Pag?

I have only worked in artesian dairy’s in New Zealand, not big scale operations like Paska Sirana, so that was a big change for me. Lots of things were more automated than what I am used to, where at home I need to do more/check everything on my own.

What do you think gives cheesemaking on Pag advantages compared to New Zealand?

Pag itself has its own uniqueness (cheese identity) with its variety of sheep (environmental tolerance), and including their co-operative milk supply, produces its own salt….a great story to offer their customers and back up their award-winning cheeses.

How would you compare the cheese scene in NZ with what you experienced in Croatia?

It is hard for me to compare as I work small scale and/or at the artisan scale, however Croatia, as does Europe as a whole, has a very long history in cheese making – which was what attracted me to want to go and experience it myself.

What impressed you at Paska Sirana the most?

Without a doubt the cheese’s were superb! However, the staff I worked with were so open for me to work alongside them and I have met some very lovely people whilst at Paska Sirana and Pag itself.

I was warmly welcomed by Martina at Paska Sirana and it was a pleasure and honour to be able to come and work there and that they were open for me to come and do that!!

Neither of us had done this “international exchange” before so we both don’t really know what to expect. I think it worked out really well! 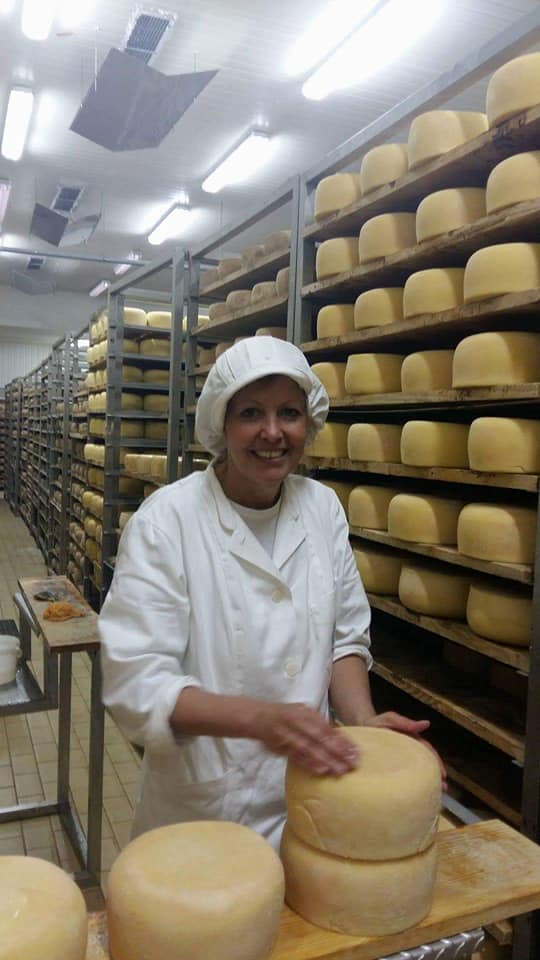 Is there anything you learned in particular which you will now start to use in your cheesemaking in New Zealand?

I learned so much but what I will most incorporate or consider with my own cheese making will be the pressing times and pressure applied to the cheeses. 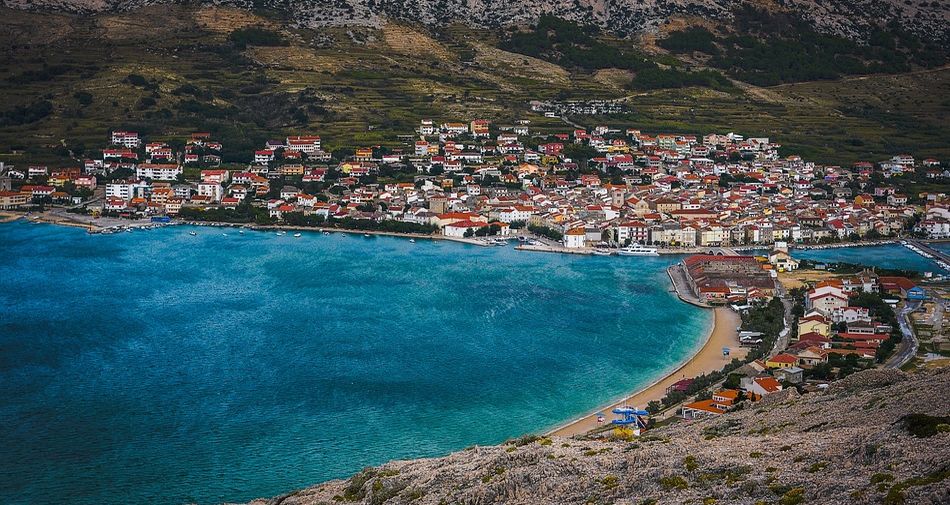 What else did you enjoy from your stay?

Making new friends and enjoying the company of warm and generous Croatians!!!